Last night Karen asked me a question I'd been dreading: "Have you put Benjamin in Andrew's old suit?"

Aunt Susan made Andrew a darling corduroy suit when he was a toddler and Karen kept it packed safely away until Andrew had a boy of his own. She pulled it out and gave it to us before we moved.

It's a tribute to her organizational skills that she knew exactly where to find it (even though no one had worn it for a quarter of a century). It's a tribute to my lack of organizational skills that I had no idea where it was for the year and a half we've lived in this house. I suppose that's not quite true because I remember seeing it (and a couple other outfits I thought might fit him) at one point early on but I haven't seen this suit in about a year and I had no idea what I did with it.

"No!" I moaned. "I can't find it! I know it's in a box in the attic but I don't know which one. I thought I went through them all but I still haven't been able to find it!"

This has been so frustrating for me, especially because I think that with Aunt Susan's death this suit has been on everyone's mind this past year (I know it's been on mine).

It looks like we found it just in time! The jacket fits perfectly, though the pants are a little roomy.

He thought he was hot stuff and his sisters declared, "He is so handsome!" 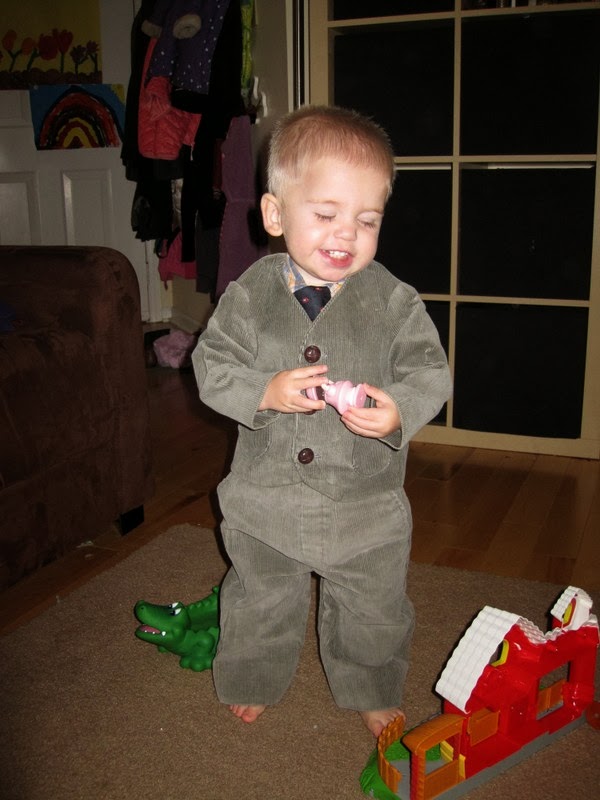 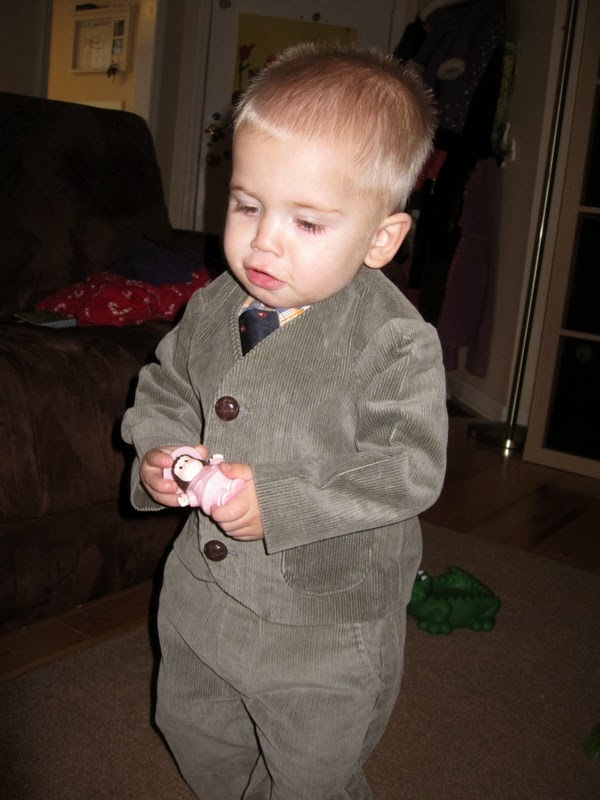 And he is extremely handsome. I just wish Aunt Susan could've seen him wear it.

And also that I had a picture of his daddy wearing the same suit. Do you have one, Karen?
Posted by Nancy at 1:33 PM