Well, I was going to say that the massage worked well and that Zoë really was sleeping better but she just woke up screaming bloody murder at 4:30 after sleeping unsoundly for only a few hours (like, seriously, I got her down after eleven and she was up at two). So I dunno. But that reminds me...

Eventually we all decided we'd go to bed. Zoë, however, screamed for a few more hours before she was good and ready to call it a night.

She was a lot happier when we got up...at ten...which was like noon for us.

We had breakfast, were reintroduced to people who love us, and started working on things for my grandma's funeral. 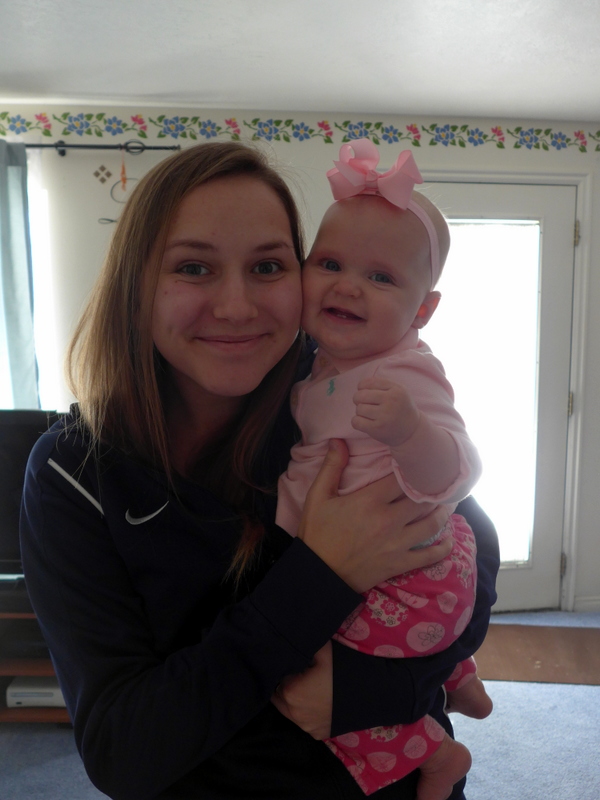 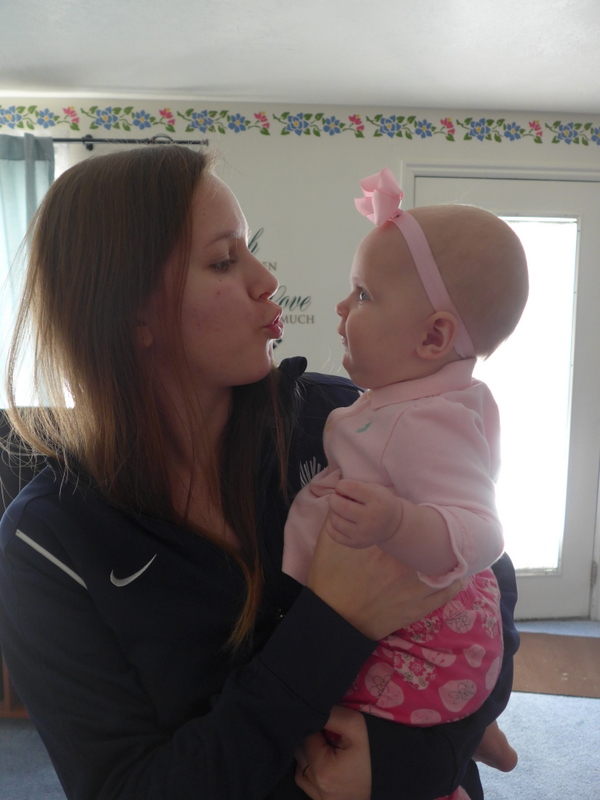 Josie and David and I worked on sorting pictures and putting together a slideshow and making the funeral program together. Josie and David had already spent a full day scanning old pictures and there was still so much to be done!  My dads able to find the slideshow from his dad's funeral (which he made several years ago and which has been missing for a few years), which helped a lot.

Later in the day Rosie stopped by to say hello. I just love Rosie so much; she's one of the most thoughtful and genuine people I've met. I admire her for that. She goes out of her way to let me know I'm important to her, stopping by for little visits whenever I'm around. She's a real sweetheart! 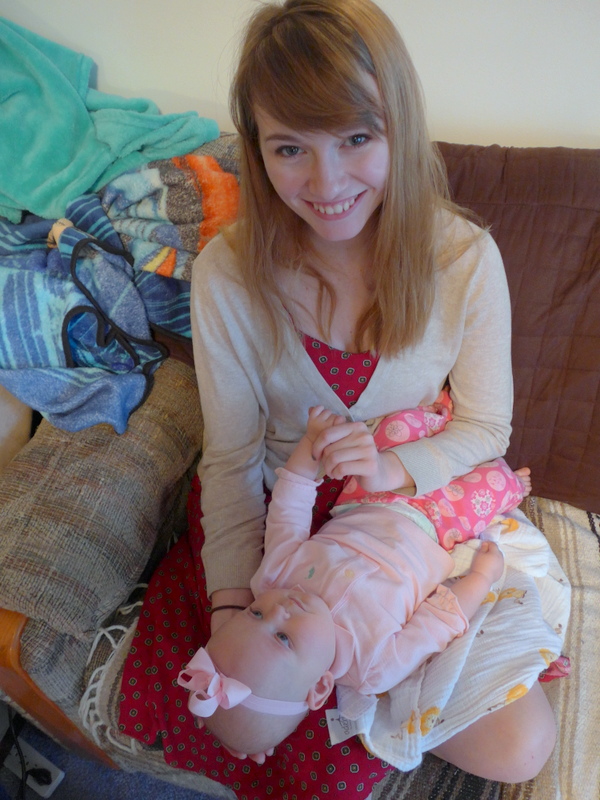 That evening I went with my mom to Hymn Sing at the HBLL, which my mom hosts once a month. This month we sang Thanksgiving hymns, for obvious reasons. We sang some familiar hymns from our own hymnbook as well as some lesser-known songs, and also sang songs of Thanksgiving found in other hymn books.

Singing wore Zoë out. Here she is snuggled up with Bumpa: 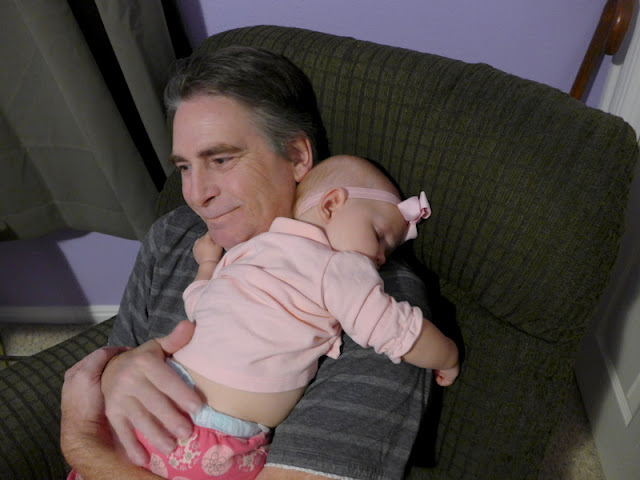 She certainly made fast friends with him. 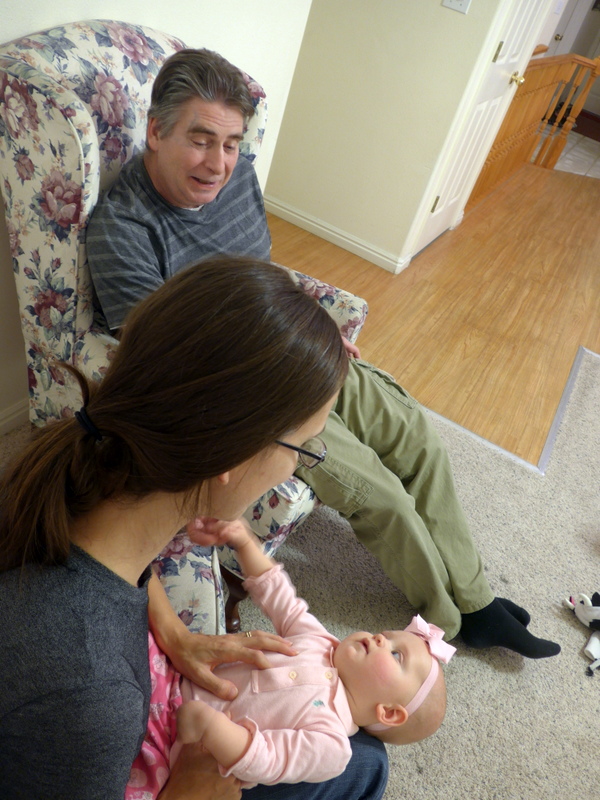 Here she is saying goodnight to Auntie Josie: 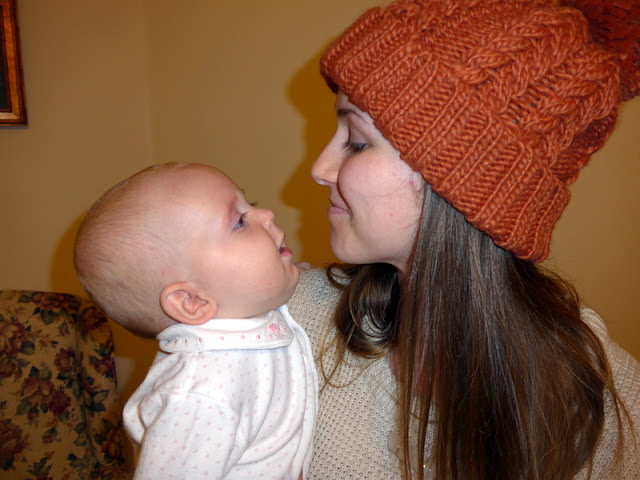 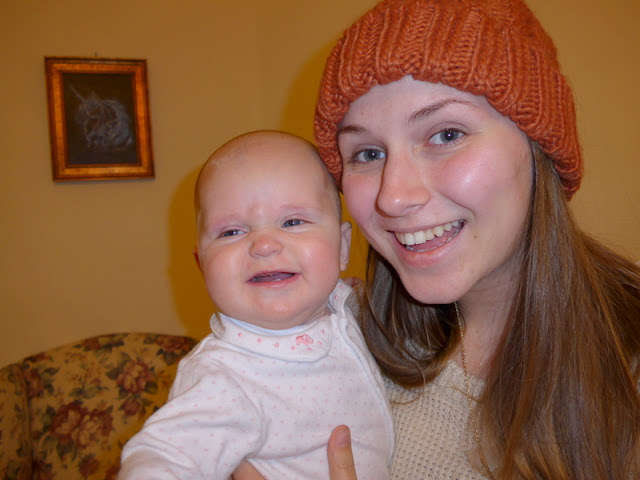 As I recall we had a pretty good sleep that night.

Wouldn't that have been nice tonight?

Anyway, Zoë has pooped, been changed and nursed, and is back asleep so I'm going to see if I can do the same.
Posted by Nancy at 5:28 AM