Just because it's June

"There was a huge spider on me!" he said. "It was just sitting on the collar of my shirt. I looked down and there it was, right by my neck!"

It was rather large, and it was just sitting on a pillow watching us.

"That is the weirdest looking spider I've ever seen," I said.

As it turns out, it was an assassin beetle nymph (mostly likely for a wheel bug (a type of assassin beetle)). They're mostly harmless but do bite if handled roughly (and their bite can be quite nasty). The reason they're called assassin beetles is because they're hunters—they use their big proboscis to inject their prey with a toxin that dissolves their insides so they can suck it out. Delightful. 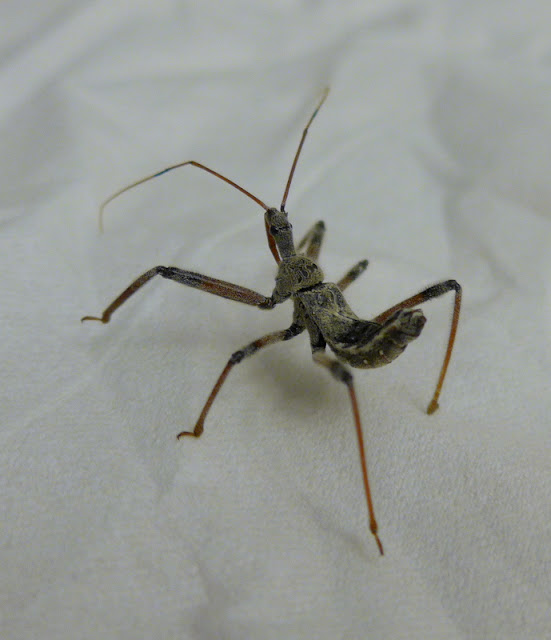 Andrew was happy to not have been bitten.

Now that it's officially summer, the big bugs are starting to come out in full force. We've begun finding cicada shells around the yard and on my birthday we convinced Miriam to hold one in her mouth. She gave me four dollars for my birthday (sweet thing) but I wanted to give it back to her (because I don't really need her money) so Andrew and I bribed her with it. 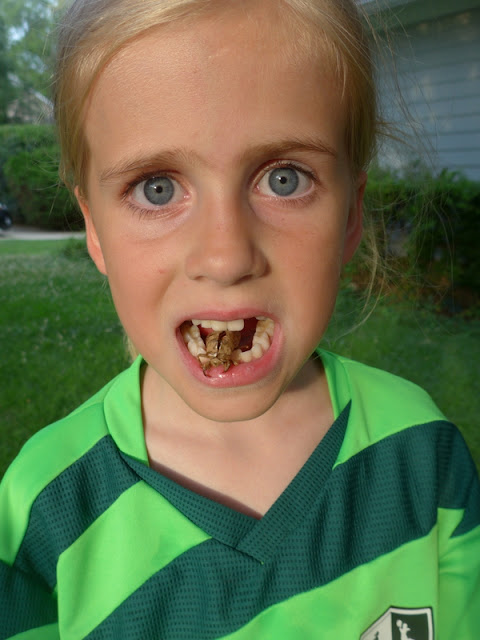 After she did it once she did it over and over again just to gross out her siblings. Don't worry, it's perfectly safe. In fact, cicada shells are a common ingredient in Chinese medicine. I'm not sure if holding a cicada in her mouth made Miriam healthier, but it did make her braver around bugs. Just a few years ago (like, last year?) she wouldn't even go outside without a "magic bracelet" (a bracelet smelling of lemongrass to repel mosquitos, mostly) because she was so terrified of every creeping thing.

Today, though, while we were at Duke Gardens for a Grad Parent event (Andrew's still co-president of the Grad Parent Association) Miriam came across a bug in the grass...and screamed.

But then her curiosity got the better of her and she ended up catching the bug (a phyllophaga (June bug)) and carrying it all around the gardens with her (sometimes in a water bottle and sometimes in her hand). 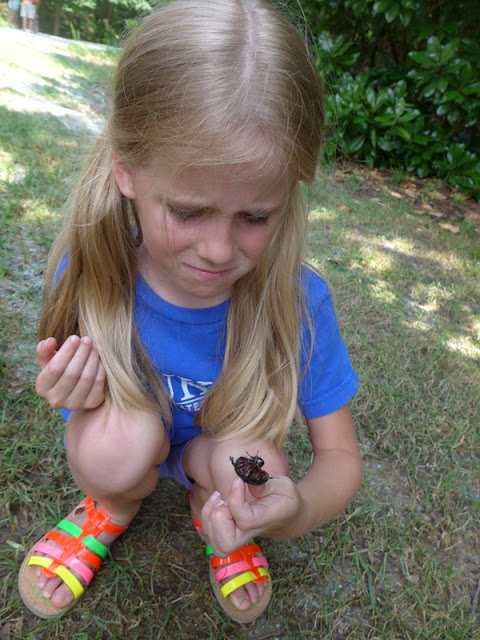 We let it go before we went home, but first gave everyone a chance to hold it. 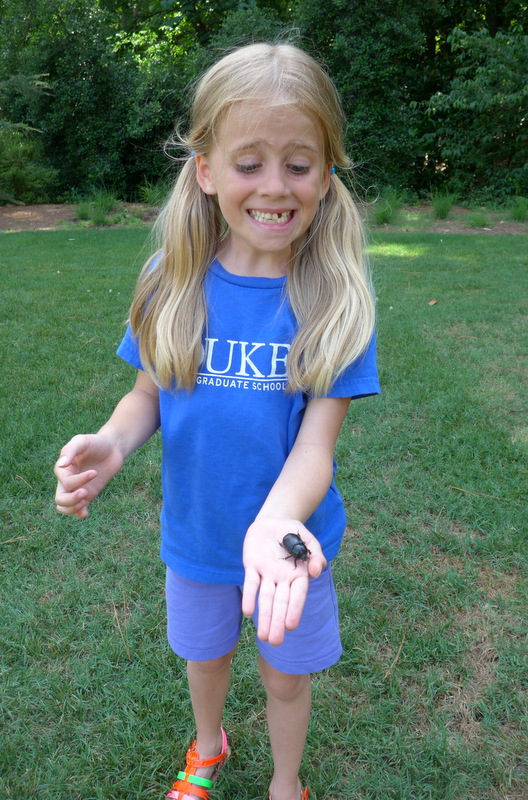 Maybe we're all a bunch of wimps, but it was harder to hold than it looks. Its legs were hairy and grippy and it tickled when it walked—not the most pleasant sensation. 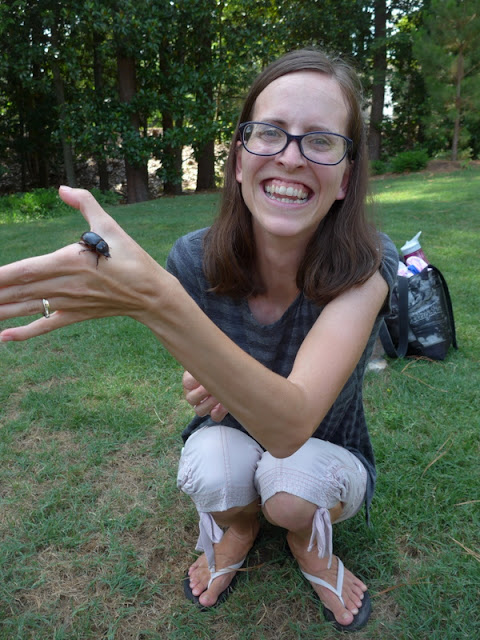 Zoë kept shaking it off her arm. 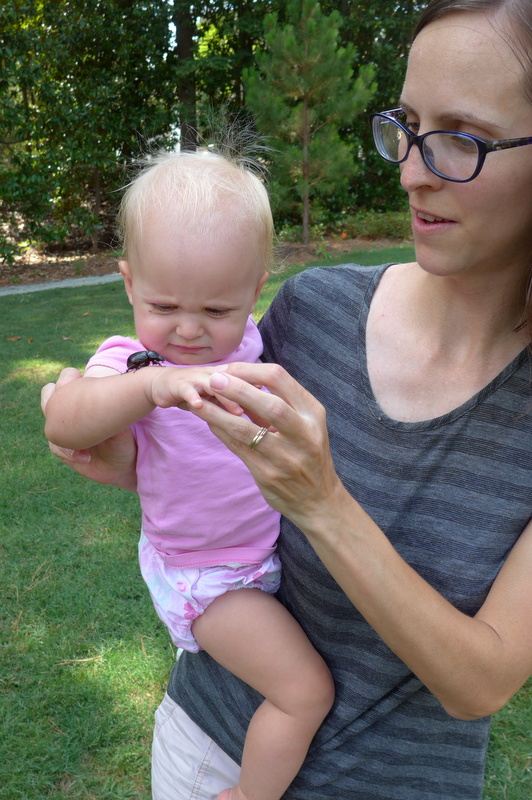 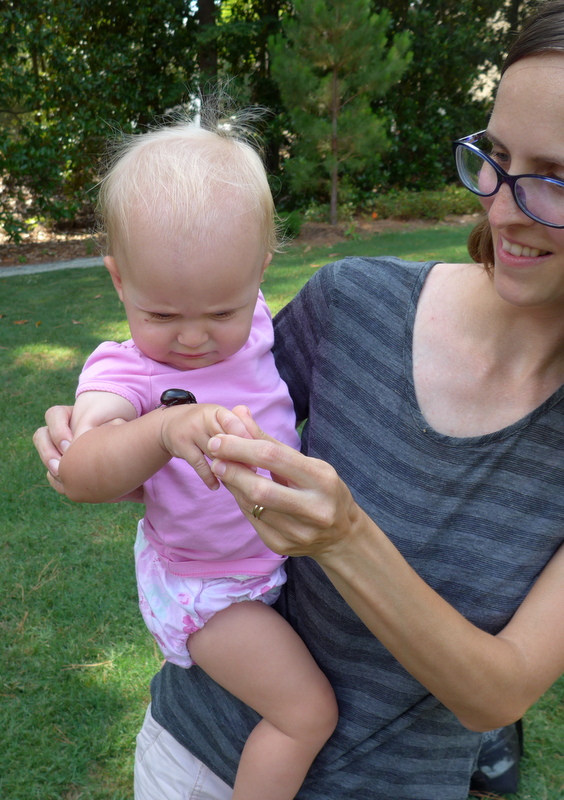 Rachel managed to keep it on her arm for about three seconds. 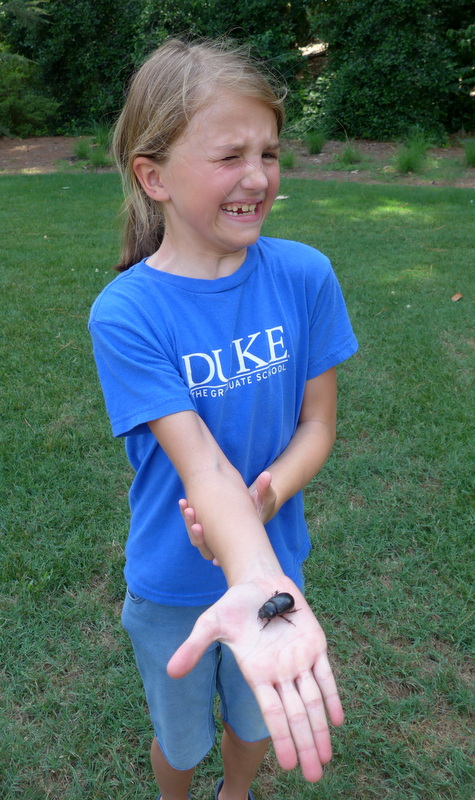 Miriam put it on Benjamin's head for a couple of seconds, which he wasn't happy about, and Andrew opted not to try holding it at all (claiming his bug quota had been maxed out by the assassin beetle (nymph) from last night, which was probably about this large). 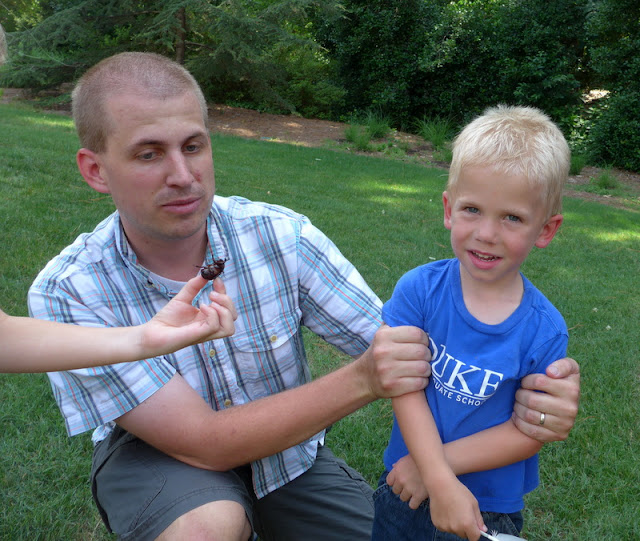 Miriam was the bravest of us all. She wanted so badly to take it home so she could show it to her friend Parker, but we decided that its greatest chance of survival was to leave it (more or less) where we found it. 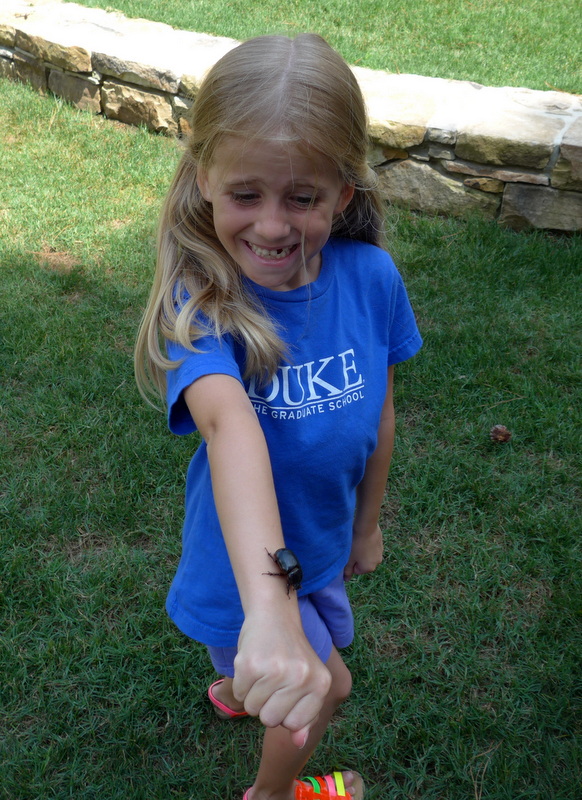 So she said goodbye and we were on our way. 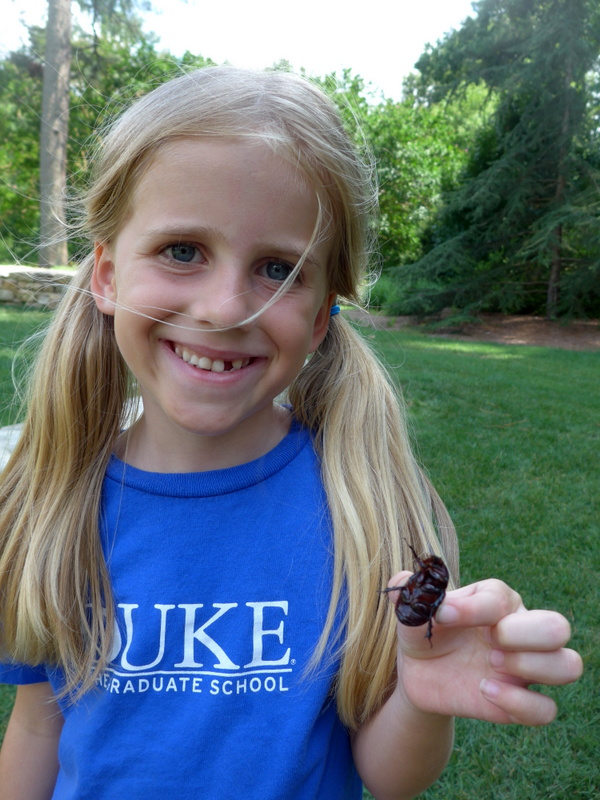