Andrew turned 22 today. He's pretty much an old-timer now. He's happy to have reached an age where people don't gawk when they ask when he got married. He pretends that he's been home from his mission for a year and says that we just got married. People seem to be okay with that. It's just when they find out that we have been married for 9 months and he's been home for 11 that they get a little bit weirded out.

I had this birthday together about as well as Andrew had mine...meaning that I made the cake yesterday and bought his present today. It was definitely fun. The whole family came, except my mom and David who were working and Patrick who had mutual late.

As soon as everyone was here, Andrew blew out the candles. 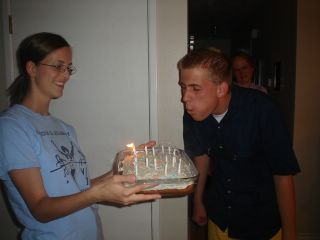 Then we had cake and ice cream and visited and told jokes. Since it was Andrew's birthday, I bet you think that Andrew was the center of attention. And he was, for about 5 minutes...until Josie realized that she is really quite funny.

Josie telling jokes from her pedestal 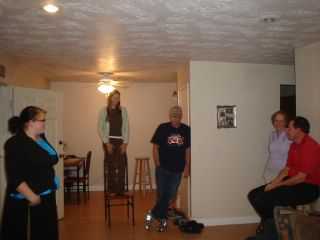 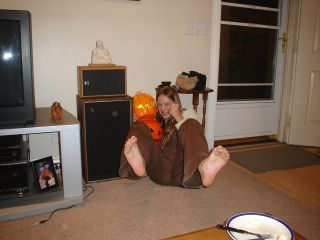 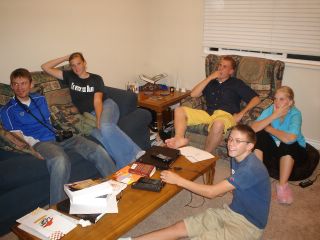 If you will, notice Andrew's right arm. He has it in his traditional "thinking" position. He does that all the time: when he's on the computer, when he's reading, when he's writing, when he's asked a question... You name it, if he has to use his brain, his hand flies up to his face. Sarah has adopted a modified version of this thinking position (note her spread fingers). Apparently those jokes Josie was telling were pretty difficult.
Posted by Nancy at 12:06 AM