It’s been a while

Needless to say, it was nice to get out into the sunshine today for some quality playtime. 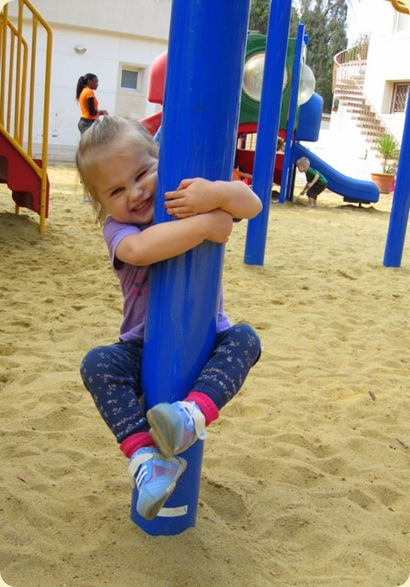 Rachel always takes a little while to warm up to the playground, especially when there are a bunch of little strangers around—she takes a long time to make friends, too—so she stood around looking overwhelmed for about a half hour before she let loose and actually started playing. Once she did, she had a lot of fun.

The first thing she headed off to was a little toddler playhouse. We convinced her that she could climb through the circles. She went through the big one just fine and then tried to climb through the little one. It was a bit of a tight squeeze as she tried to put her head and arms through at the same time. Once she got started, though, she just popped out the other side and completely face-planted. 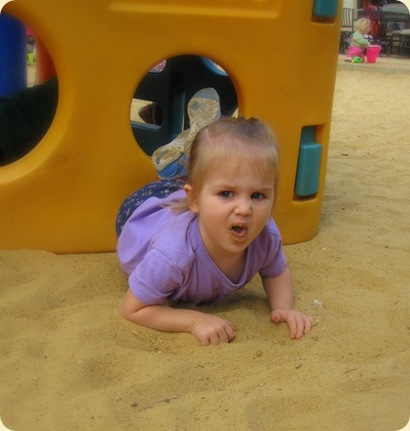 She also had a lot of fun with these little turtle shell things. I really have no clue what they are; Rachel used them as rocking chairs, purposely knocking herself backwards into the sand. 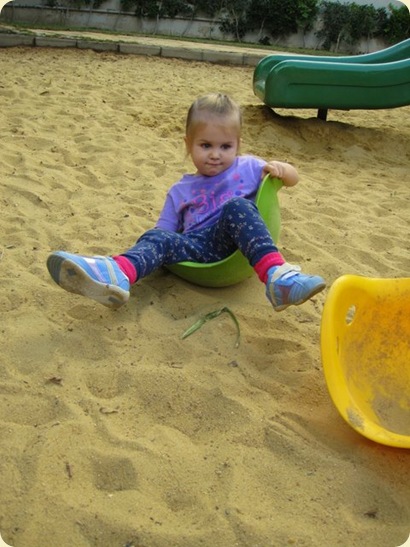 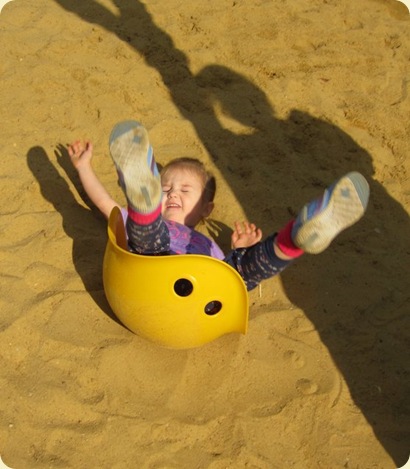 To get Rachel to go down the slide the first time I had to walk up to the top with her. For some reason she forgets that she enjoys it and psyches herself out. She went down that first time, all slow and timid, and then started running wild circles—up the stairs and down the slide. 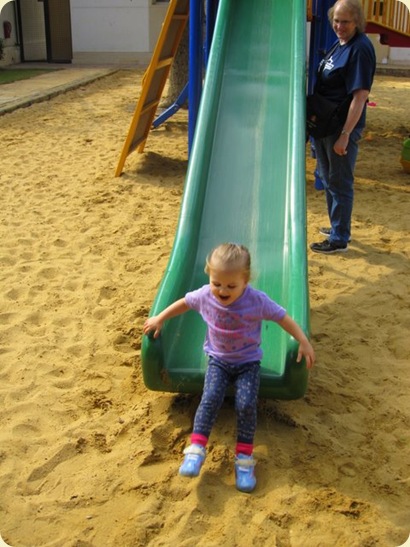 I also went down the slide, with Miriam. I figured since I had hiked all the way to the top of the play structure with Rachel I may as well have some fun coming down. But it wasn’t fun. Truthfully, it was a pretty uncomfortable ride—rather rough and bumpy. I think I bruised my behind. Seriously. But maybe I’m just a wimp; Rachel didn’t complain once and she went down tens of times. Kids are durable (I think they have calloused rear ends). Miriam slept through it all.* I don’t even think she noticed we were hurtling down fifteen feet of plastic. Of course, if I had sent her down the slide herself she might have had a few choice words to say about it… 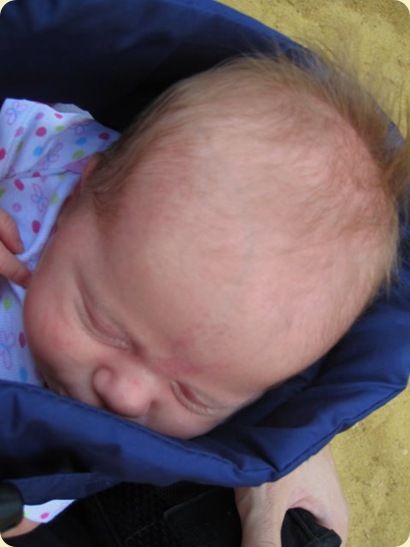 It was nice to let Rachel get all her wiggles out outside of our apartment for a change. I, for one, can’t wait to go back… 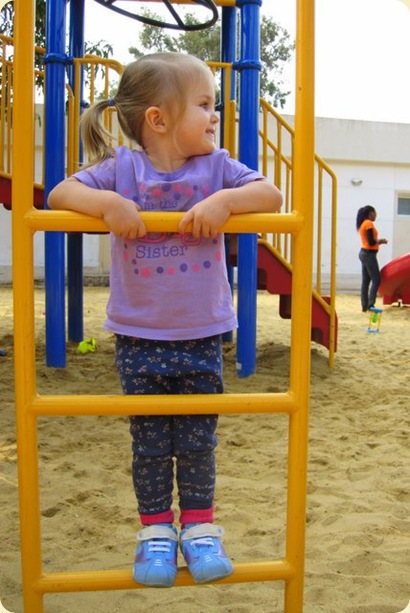 * Miriam slept all through the night, amazingly enough. I was totally banking (ie: dreading) that she’d be wide awake at 2:00 AM until sunrise. But no! I had to force her awake at around 4:00 AM because I was afraid that she hadn’t eaten in far too long. She ate and fell, used the potty, and fell promptly back asleep (as in as soon as she pooped, while still sitting on the potty). She woke up on her own at 8:00 AM, happy as a clam.** She’s already been awake for at least twice as long as yesterday. AND we haven’t soiled a single diaper*** today (from like 4:00 this morning until now). Yay for potties.

** Are clams really happy? All of them, all the time?

*** There were a bunch of British moms at the playground and they kept calling their kids over for “nappy” changes. “Come here, so-and-so, let’s change your nappy!” I think it sounds quaint but I rather like it. I submit that we should start using that word in North America, too.