What a wonderful world this would be

There's this song that I always thought was original to Herman's Hermits...but apparently it's by Sam Cooke...it's called "Wonderful World." What really made me think of the lyrics was that my geography is a little bit sketchy so after I had Rachel stand on North Carolina and Indiana so that I could take her picture I had to come home and double check that I had her on the right states. And I'm proud to say I did.
Rachel found Utah all by herself. I thought that was pretty good. 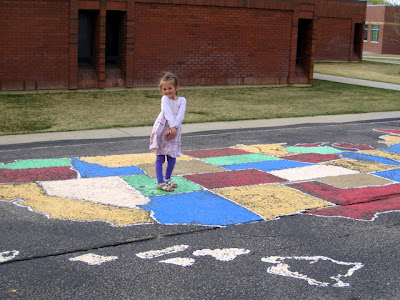 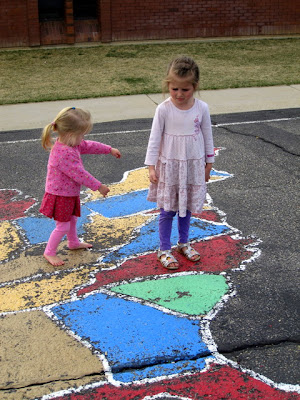 Or will it be Indiana? 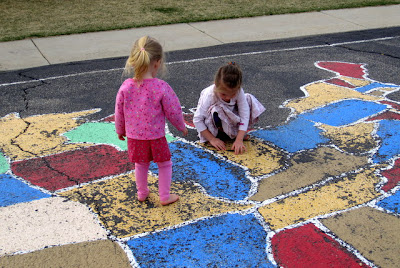 As sappy as it sounds, either place will be wonderful as long as we're together! (See? Sappy—don't say I didn't warn you.) After a week without Andrew  (only to look forward to having him leave for another three weeks) we're really appreciating being together. For example, tonight when Rachel squeezed too much toothpaste out I just had to smile and bat my eyes and Andrew ran off to fix it. I enjoy not having to fix everything. After all, I fixed dinner. He can clean up a little toothpaste.

The girls had fun running all over the map, testing my geography skills.
"Where am I standing, Mom?"
"Miriam—Idaho. Rachel—Wyoming." 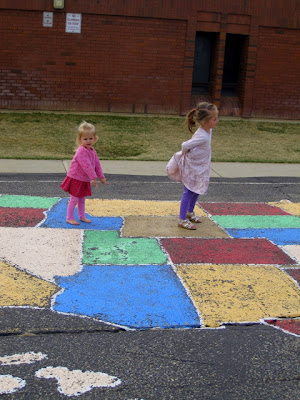 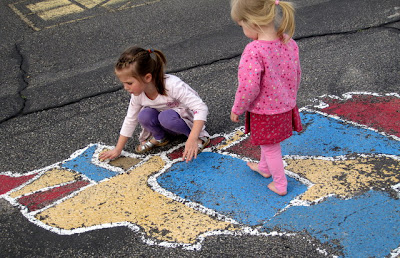 Fortunately, I knew it was Rhode Island—you can'st see it because Rachel's hand is covering it but it really is painted yellow (not brown...the brown one is Connecticut).
Miriam ran right off the map and said, "Where am I, Mom?"
"You're standing in the middle of the ocean!" I said.
"In d'middle of d'ocean?!" she repeated with wide eyes. 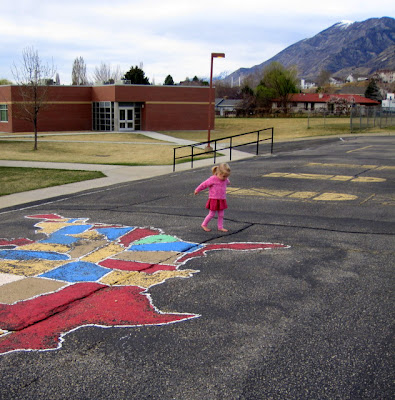 Hopefully we'll come to a consensus about where to move soon. Everyone we saw today (who knew what Andrew was doing this past week) asked us if we had made our decision yet. Even Rachel asked Andrew, "Have you and Mommy talked about it yet?"

Oh, we've talked about it.

We just happen to be two of the most indecisive people in the world trying to make a very big decision.

I'm looking forward to deciding once and for all. Then we can get things moving and shaking.