We were at the dinosaur dig yesterday and Miriam, ultra fashionably sporting red ladybug socks underneath her princess sandals, ran over to me complaining that her toe hurt "really, really bad."

"What happened?" I asked her.

"I dropped the shovel on it," she explained. "Like I was trying to dig but I missed the dirt and hurt my toe."

There were no tears and appeared to be no blood...but that's only because she was wearing red socks. But it's totally true: she's fine. 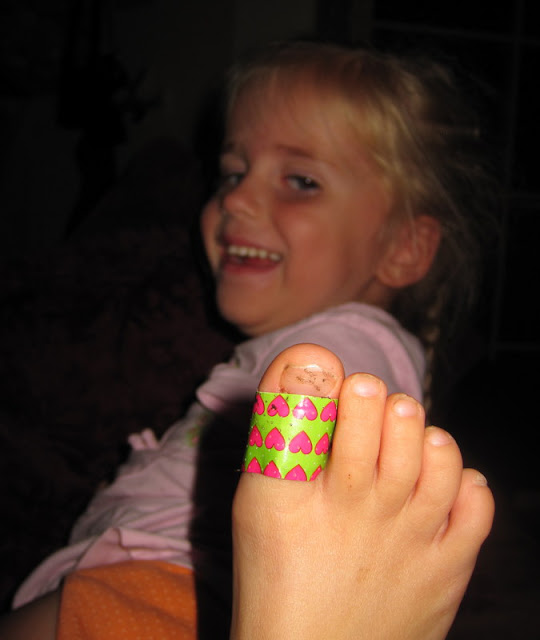 Andrew had been simmering some sauce on the stove and I guess he forgot to turn off the burner when he brought the pot over to the table. After dinner he set the plastic plate (which the colander had been sitting on (we had noodles for dinner)) on the stove when he was clearing the table. We left the house to go on a family walk, came home, got the kids into bed (after stories and scriptures and prayers and lullabies), and then noticed a funky smell and started sniffing around the house. He checked the stove while I checked the laundry closet and our "entertainment armoire." Then we switched and I checked the stove and found a drippy plastic plate. Thank goodness we found it! And thank goodness the burner was set really low or we would've had a much greater mess/hazard on our hands! 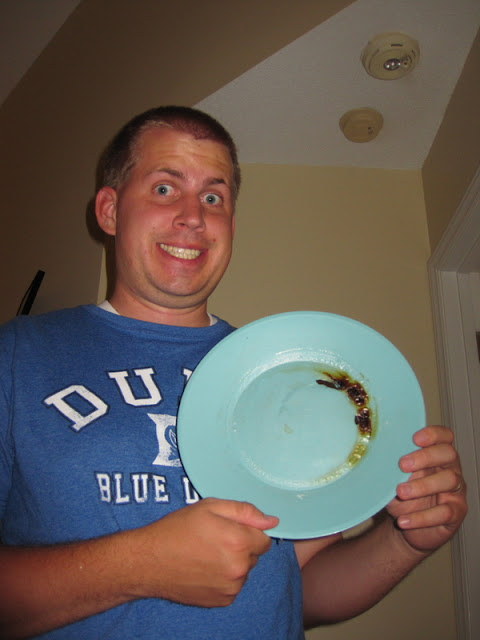 Responsible(ish): Taking your baby potty every fifteen minutes while he runs around naked because he keeps ripping off his velcro-strap diaper because all the prefolds (that get pinned on and can't be ripped off) are in the laundry.
Irresponsible: Discovering your baby is chomping on a choking hazard while he's sitting on the toilet, then offering your hand and him spitting out what looks like a blood clot.

Seriously, I kind of flipped out.

But don't worry, it was just a fruit snack (like a "blackberry" or "raspberry" shaped one) that had swelled to unheard of proportions during its sojourn in Benjamin's mouth. It was about an inch in diameter and—no kidding—looked just like a blood clot. There's no picture. You're welcome.

Responsible: Sitting down with your children for story time.
Irresponsible: Sending your daughter to the neighbour's to play the Wii in the middle of it.

I couldn't help it. We heard my computer ding to notify me of a new message and had just finished the little kid stories, which meant we had to put them away and get out The Lion, the Witch, and the Wardrobe. We stopped to check the message on our way from the couch to the book bin. It was from our friend, who admitted it was close to bedtime (7:45) but really needed someone to come entertain her child for a while. The girls and I went and hung out until 8:30ish when we came home for bed, completely skipping The Lion, the Witch, and the Wardrobe.

As Andrew rationalized, "Ordinarily we would've said no but...he has cancer, so yes."

In conclusion: We sure are good at being grown ups!
Posted by Nancy at 3:14 PM