We stayed overnight at the Bestor's house on Saturday. They're another family we met in Cairo (they're members of our church) and we haven't seen them for about four years so it was fun to visit with Sister Bestor and Megan, who is the only child still at home.

The past couple of years have been so fraught with tragedy for so many people close to us. Brother Bestor passed away last September (2012) and we were very tempted to go to the funeral (after all it's only a six hour drive) but weren't in a financial position to make a trip like that at the time (when I say we had no money when we first moved here that is not an over-exaggeration—we spent all our money moving out here and didn't see a penny of a paycheck until the last day of September). It was so good to see Sister Bestor, though my mom says she looks happy on top with a layer of sadness underneath (which is probably true).

About eighteen months ago, Brother Bestor persuaded Sister Bestor to get a dog "for Megan," who has been asking for a dog for years and years. I think, though, that he knew things were going to get rather lonely in the house for Sister Bestor, though, and that he knew the dog would serve as a loyal friend for her. The dog seems to love her to pieces, she sleeps in her bedroom, she gets so excited when she gets home.

Unfortunately for my girls, they don't like dogs. Fortunately for the dog, her name is Sadie and my girls have a soft spot in their hearts for Sadie-dogs (Auntie Emily and Uncle Morgan have a dog named Sadie). Unfortunately, Sadie is still very much a hyper little puppy and when she stands on her back legs she's as tall as Benjamin. Fortunately, Benjamin loved her the minute he saw her and he's much shorter than his sisters anyway so the dog didn't seem so tall. 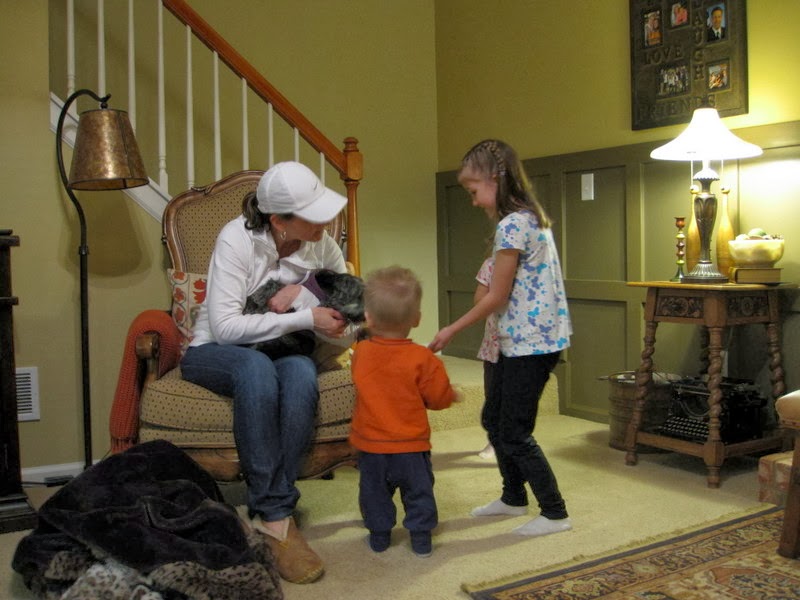 Miriam didn't ever really warm up to Sadie but by the time we left Rachel was playing fetch with Sadie and allowing Sadie to lick her arms up and down and playing some tug-of-war game with her. It was quite the transition! 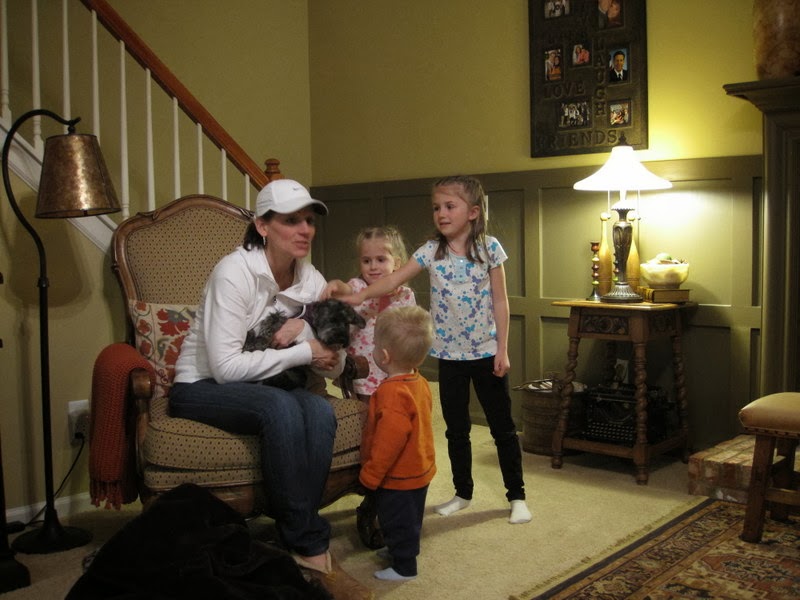 Megan will be heading out to UNC for school next year so perhaps we'll be seeing more of her. Rachel was thrilled to meet her because Megan tried out for the Olympic swim team in 2012 and is planning on trying out again in two years. Rachel's been a little obsessed with the Olympics lately. 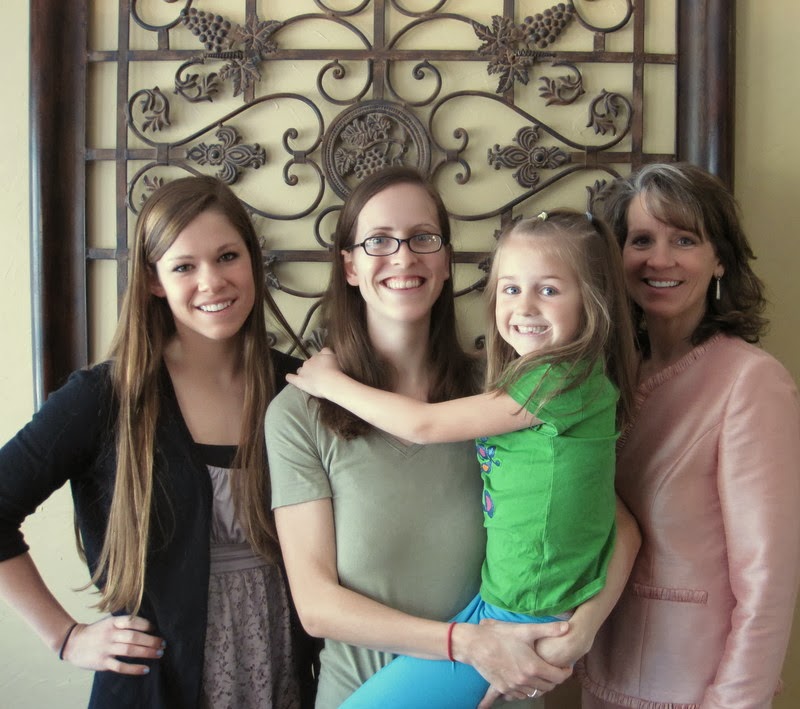 We went to sacrament meeting with them in the morning and headed for home after that. Andrew wanted to get home before it got dark (and I don't blame him—he did a lot of driving this weekend (though my mom did drive the South Carolina stretch so he could take a nap)).

The kids were as good as gold once again. Benjamin read books the entire time, the girls watched a movie, read books, and coloured. Things got a little heated in the backseat about an hour before we made it home so we played "I'm Thinking of an Animal," kind of like twenty questions but restricted to animals and allowing any number of questions.

It was good to finally make it home!
Posted by Nancy at 4:51 PM