The skies unleashed a torrential downpour as we were unloading the car this afternoon—backpacks and diaper bags, ukuleles and babies—and by the time we were finished we were pretty well soaked through to our skin. As an added treat, this was not an electrical storm so when the kids asked if they could stay out to play I had no reason to say no. They were already drenched, there was no immediate danger, and so we enjoyed a lovely pre-dinner romp in the warm summer rain. 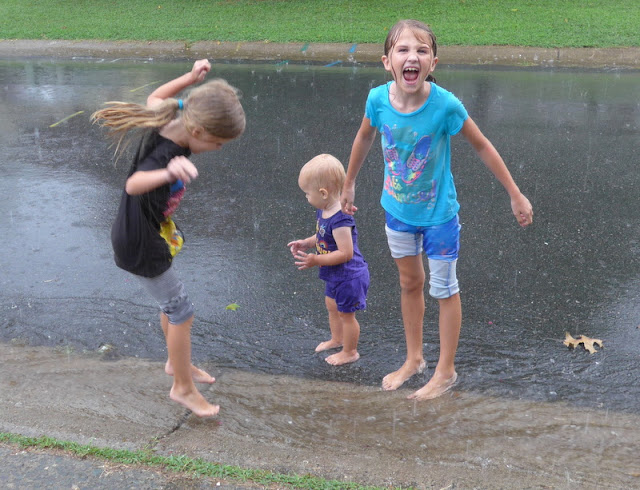 True to her hard-to-please nature, Zoë wasn't terrible impressed with the rain at first. 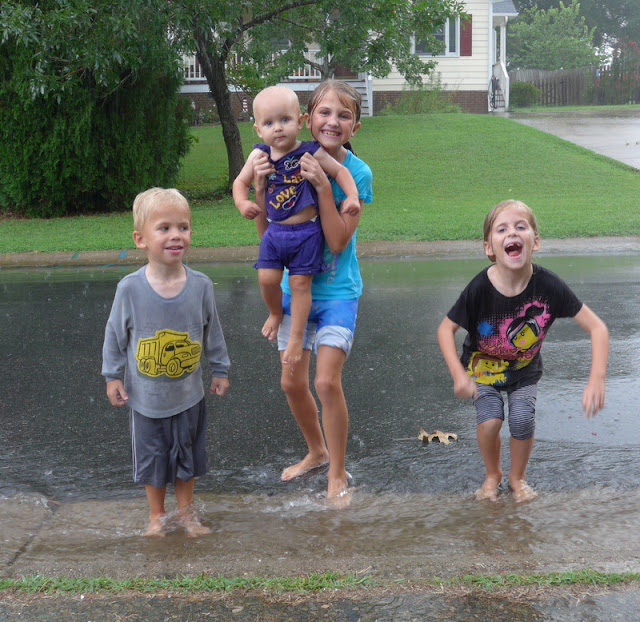 But after watching everyone else enjoy the rain with such...exuberance... 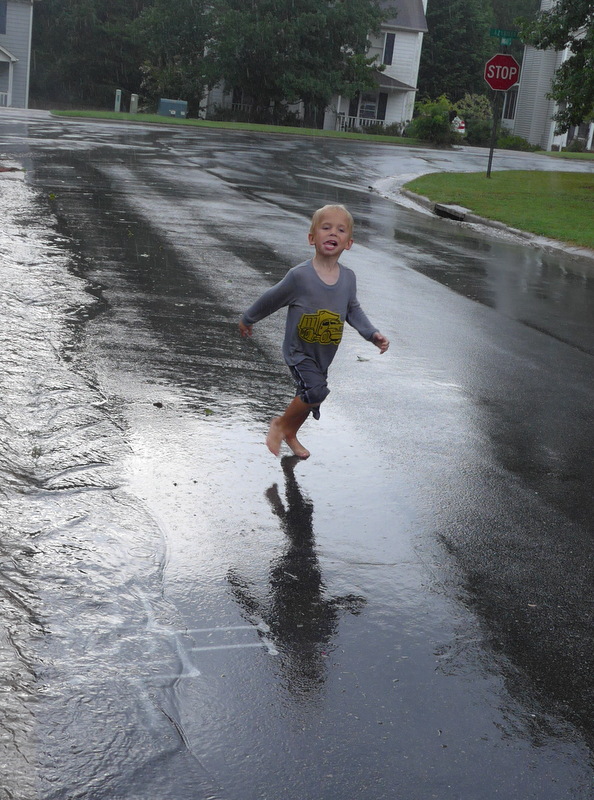 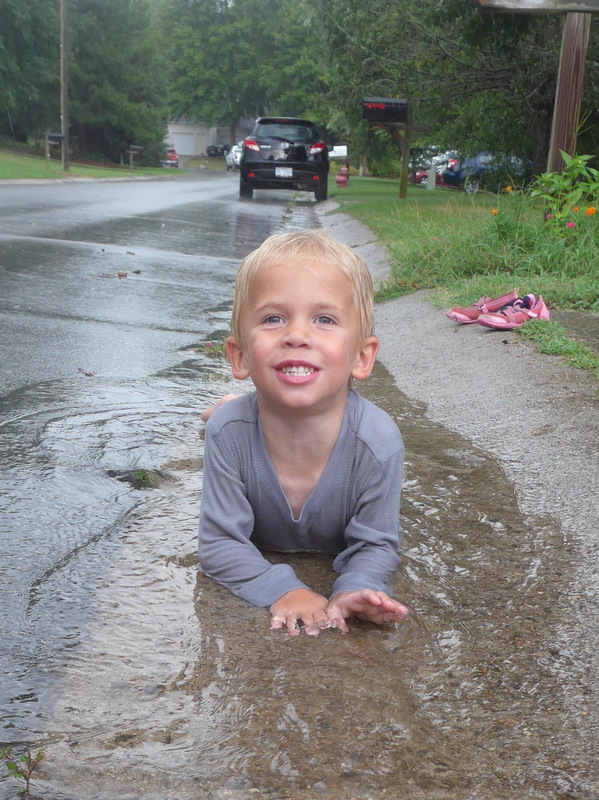 ...she decided playing in the rain was fine. 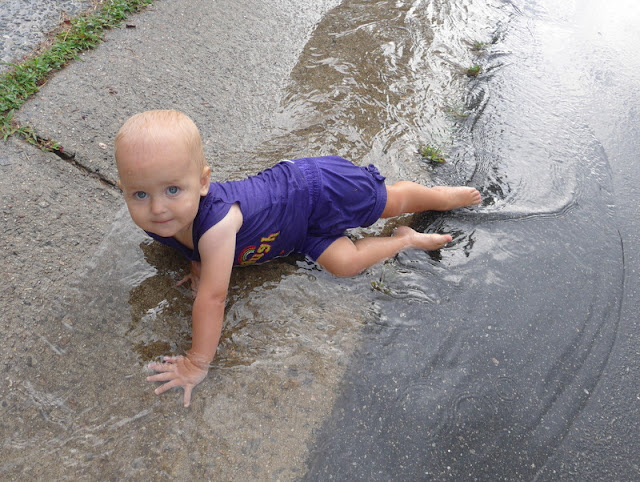 You'd never guess this was the same baby who climbs on (and into) everything in sight, and who's recently begun jumping off anything and everything (off the couch, into the pool). I'm not sure how someone who is so unsure about so much can fling her body off the couch with reckless abandon (see exhibit A).

Here are the kids all lined up in the gutter (Zoë lay down like that all on her own accord):

Andrew was inside making fried chicken for dinner (from Serious Eats). It may not be the healthiest way to eat chicken, but it was pretty tasty. Andrew served himself a small piece, just to try, and then grabbed a second piece.

He doesn't like chicken. In fact, when he was an itty-bitty boy once of his catch phrases was, "When I'm five I will like chicken."

One day he did turn five, but, alas, he never developed a love of chicken.

He's been oddly exploratory with cuisine lately, however. A couple of nights ago he made black beans (with orange and sausage) to have with our burritos. I was so surprised that he willingly tried a combination like that. It sounds like something I'd enjoy for sure...but it's not something I'd ever cook and try to serve him.

A couple of weeks ago he bought plantain! Plantain!

He suddenly had a hankering for Ghanaian food so he made jollof (a rice dish) and kelewele (fried plantain) and it was actually pretty good. I feel like I can say that—"actually pretty good"—because I'm not really a huge fan of plantain, myself (or any type of banana, really). Andrew said he survived on rice and plantains when he was in Ghana (along with the occasional dish of mac'n'cheese or ice cream when they were at fancy-pants hotels) and I imagined him practically starving.

My first run-in with plantain was not great. They were served at a Polynesian culture night...and I'm pretty sure they were boiled...and I just couldn't. I'm okay with banana bread, but other than that, cooked bananas aren't my thing. Grilled banana boats at YW camp? Gag me.

Nothing is worse than hot, slimy banana.

But fried plantain was pretty good (I guess if you fry anything it's pretty good). The kids were gobbling it up, so maybe they won't be afraid of plantain in the future (which is good because I'm pretty sure Andrew was still afraid of plantain the first time he went to Ghana and so survived on plain rice until he got brave enough to branch out to plantain).