Oh, brother(s), where art thou?

David moved up to Prince George in December (I think) and although he's been to Utah several times since then, it's only ever been for a day or two on his way to somewhere else. Last weekend (right when we were getting over the stomach flu) he came down again to move his things from our parents' house up to his place. He braved our germs and spent Saturday playing games at our house. 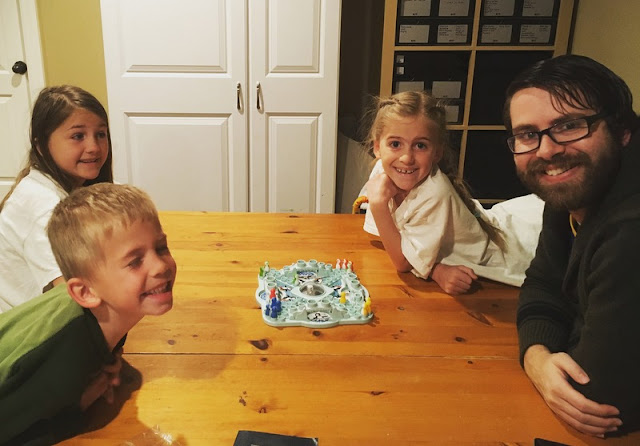 He endured a few childhood favourites (like Pop'n'Drop Penguins and UNO) before introducing us to a fun new game called Love Letters. We sure were happy he could spend a few hours with us before embarking on his long drive up to Prince George. Patrick decided to move up with David for a while, so Josie and my mom went along for the ride. Travelling that far north in the winter (or spring) can be treacherous, so instead of driving up through Montana and Alberta, they planned their route through Oregon and up the coast to our old stomping grounds in Vancouver, BC, before heading up and east to Prince George. They still encountered snow, but not nearly as much as they would have had they travelled up I-15.

We sure do wish our uncles lived a little closer because the kids always have so much fun with them when they're over! But I'm glad they're off adventuring. 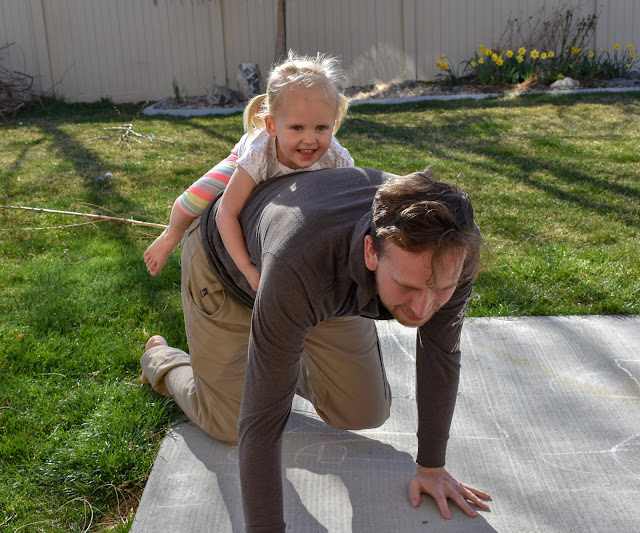 Hopefully one day we'll convince Uncle David (and Uncle Patrick) to come down for a lengthier, proper visit, rather than a lay-over/taking-care-of-business visit. Maybe one day we'll make the drive up to see them (haha—24+ hours...I dunno about that...but maybe we'd meet them halfway).
Posted by Nancy at 1:49 AM