I finally got down enough words to count as a first draft for my paper. It's pretty awful, but aren't all first drafts? I tend to think so.

I printed it out to edit it in order to give myself some separation from my writing space. Editing and writing are related processes but different enough for me that I felt that I needed a different medium entirely (at least with this first round of edits). I didn't want to edit as I wrote; I just wanted to make sure to get down enough content to actually work with, which I finally did!

This afternoon/evening I went over my paper with a red pen and found plenty of room for improvement, which you can see below (don't attempt to read the paper as it sits below; it's definitely only first-draft level (which is to say it's embarrassingly bad)): 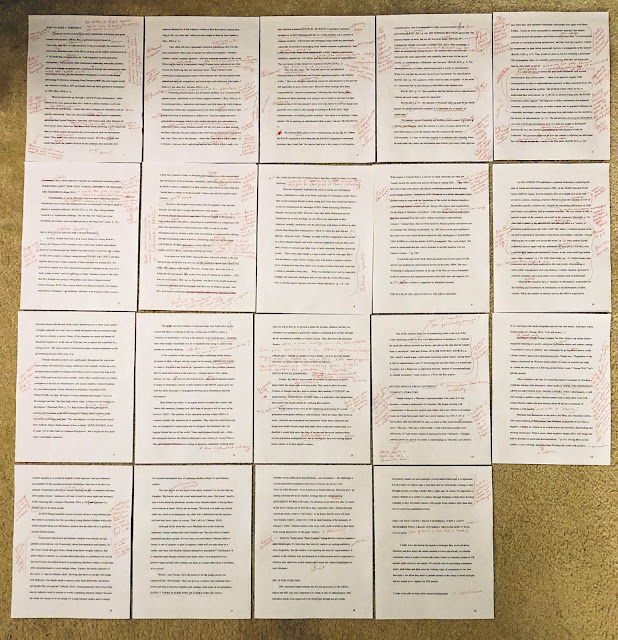 I just wanted a record of all those red marks I gave to myself, to prove to my children (or whoever else's work I'm editing/reviewing) that I definitely believe in rewriting.

I don't really want to rewrite this paper right now (so I'll probably take a break and some other writing (I still need to write a personal statement for my application, for example) or work on some other projects (I have several going on)) but at least I can rewrite it now...
Posted by Nancy at 11:10 PM