One of the activities in the family history booklet that I made was a "Don't Eat Pete!" spin off. I made up a little board for the kids to either print out or draw pictures of their relatives and sent along a little box of candies for the kids to use as game pieces. I made up labels for the boxes of candy that said "DON'T EAT ME!" to keep the kids from immediately consuming them (it worked for my own children; I do not yet know if it worked for my other primary children). My children were, understandably, rather anxious to get to this activity so we tackled it this afternoon. 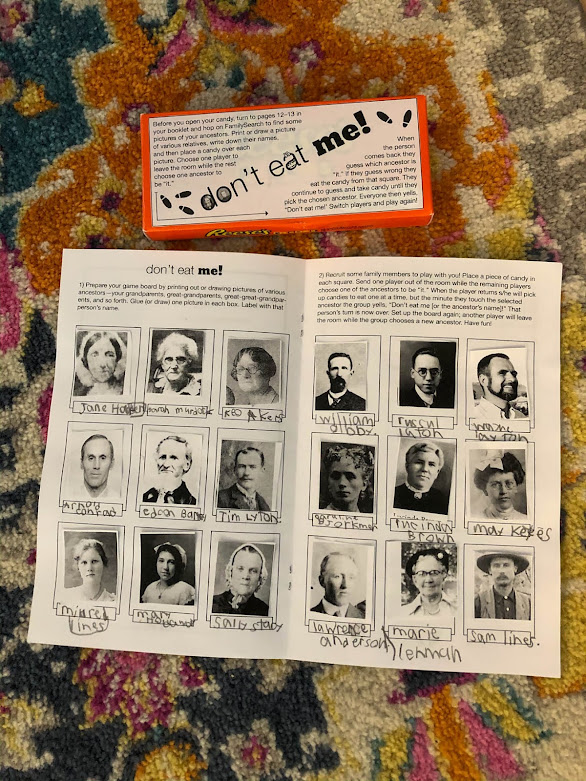 Here are the kids working on cutting out and gluing in their ancestors: 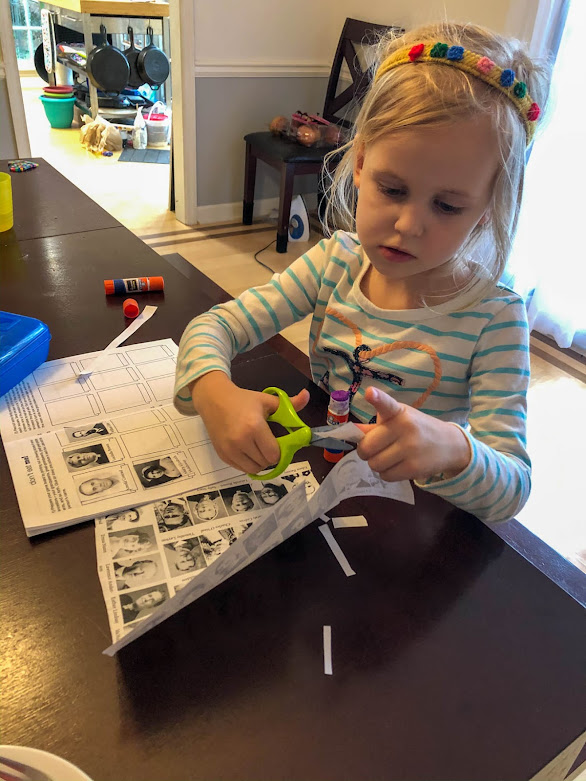 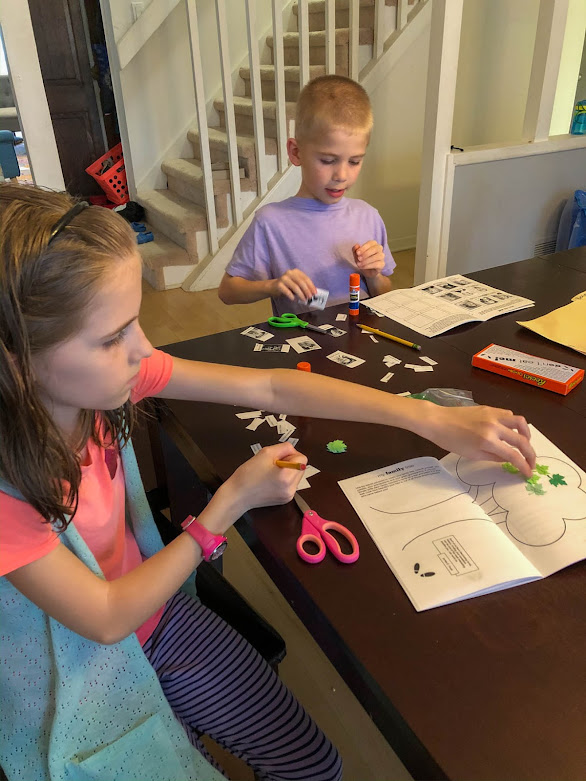 Here's Benjamin working on his family tree (he started on it the minute he received it): 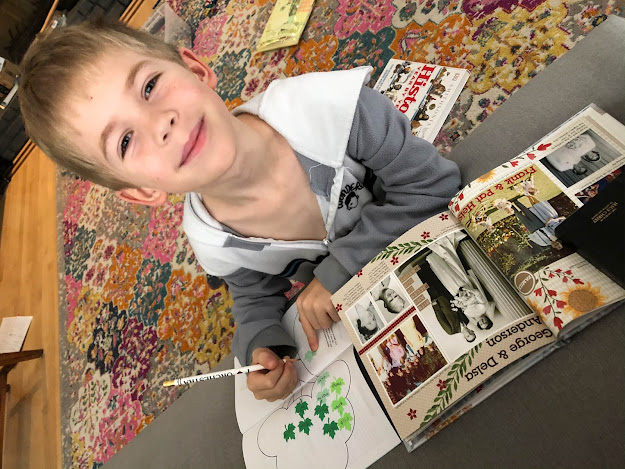 Miriam finished first so she worked on her family tree while Benjamin and Zoë finished. Here's Zoë with her finished board (she felt a little stripy today):

Here we are playing "Don't Eat Me!" The kids had a blast playing and learned that "Gladys" is pronounced "Glad-is" and not "Glade-ees," so it was a productive afternoon. 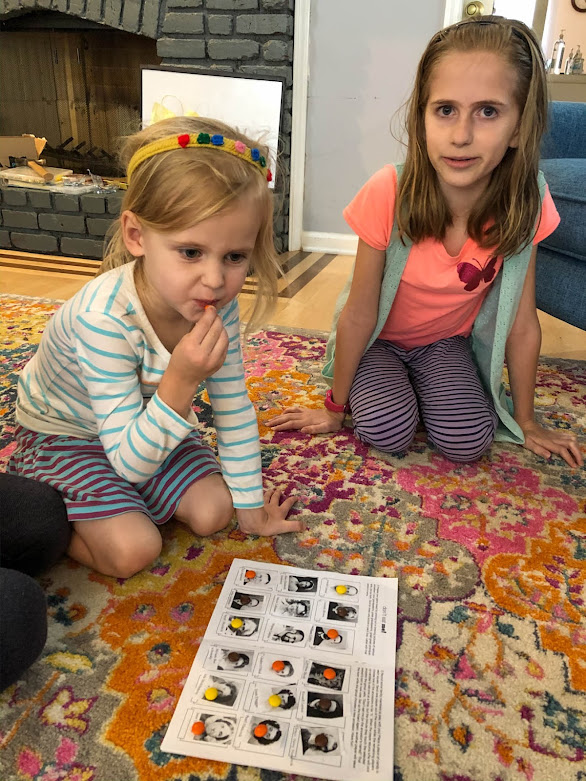 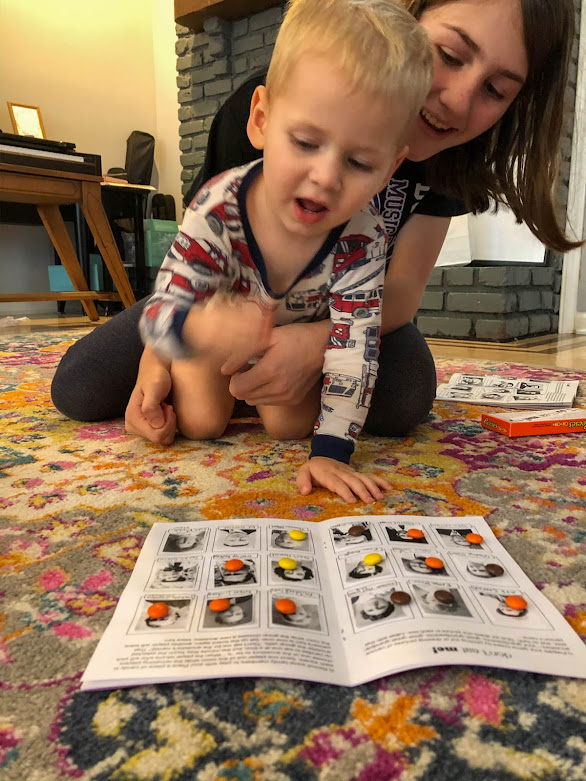 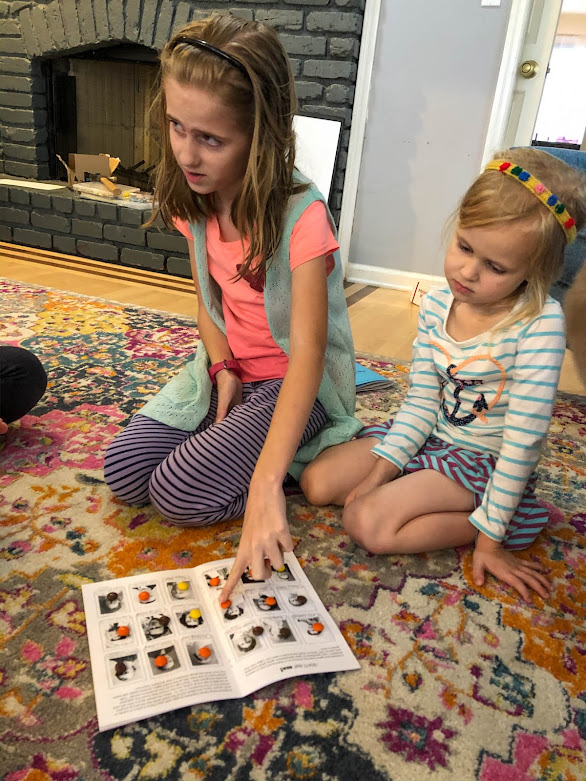 This evening Rachel gave a Family Home Evening lesson on Ida Muhlestein, my great-grandmother. She read us some stories and shared some fun facts that she learned, showed us some pictures, and then had us do a Kahoots quiz. 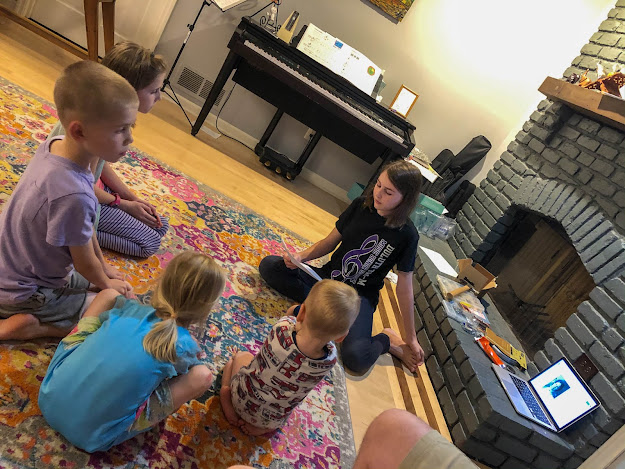 It was my very first Kahoots quiz and I (Mommiest) totally rocked it! Of course, I probably was the most familiar with the content, but still! I haven't had to take a quiz for a long time, so I'm going to keep the bragging rights. Miriam scored second highest (she's Hi dudes) and Ben (Ben was the only one to use his name rather than a goofy nickname) got third highest: 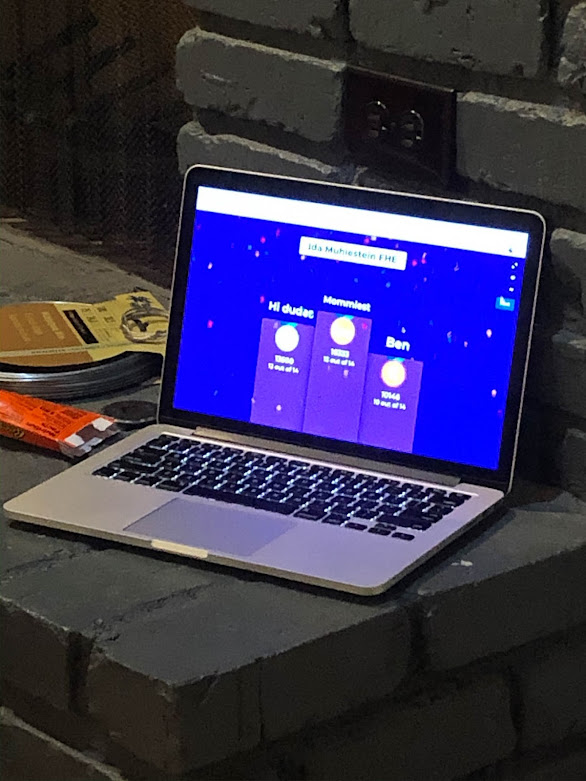 Poor Andrew didn't even make it onto the podium (though he didn't do too badly). Afterwards we played "Don't Eat Me!" again and the kids had just as much fun as before. Too bad we're almost out of candy.
Posted by Nancy at 12:15 AM