We are a VR family!

On Friday we got to Skype with some of our little far away cousins (but, let's be honest, that's the only kind of cousin we have (technically, we have Griffin, a second-cousin, but that's all (well, him and his forthcoming baby sister)). Emily had taken her kids down to visit Grandpa, so Jacob and Shayla stopped by with their kids. I...don't know how I feel about all of them getting together like that...and I don't know what I would have done if we lived close enough to be able to do that...but I do know that I would have had reservations about it...and do have reservations about it. But, anyway, the kids had fun seeing their cousins and uncle and aunts: 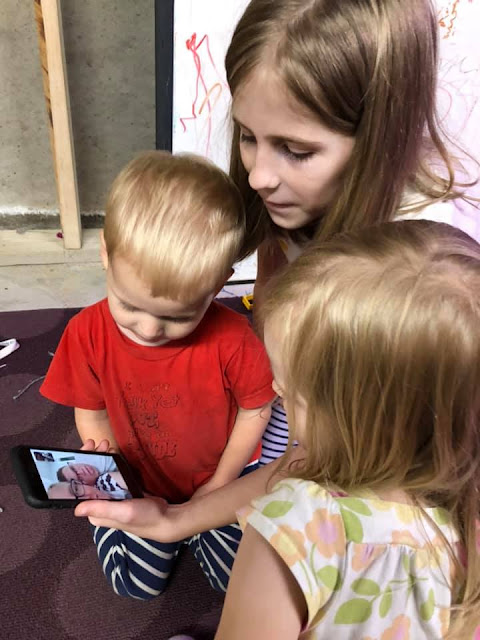 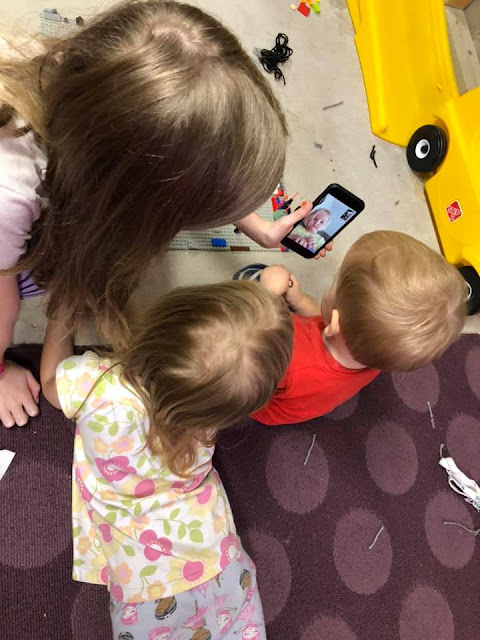 Alexander thought his cousins were rather hilarious: 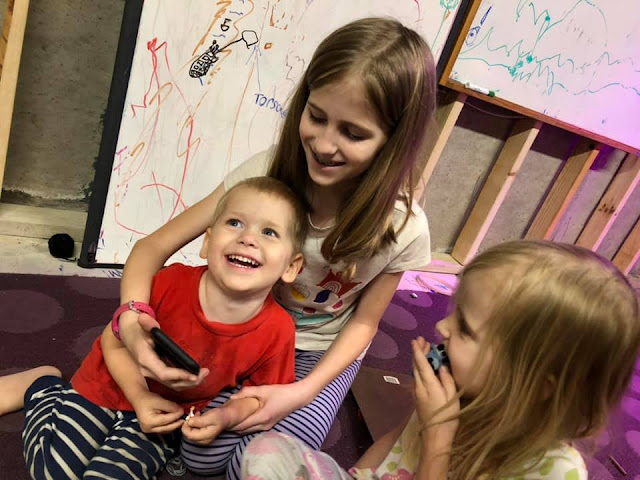 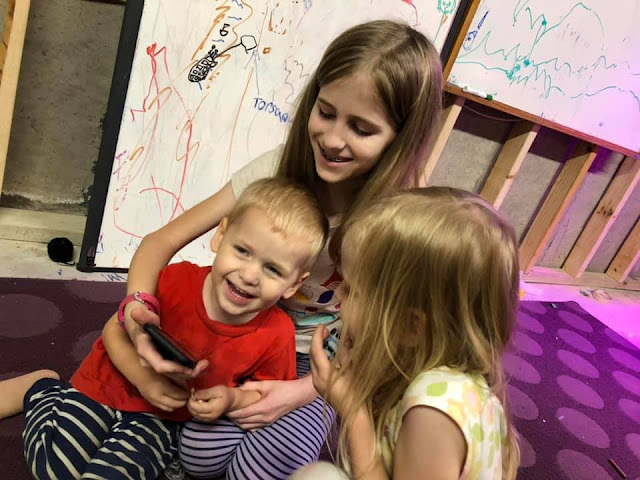 On Saturday night we FaceTimed with Uncle David and Aunt Ruth. David had a new game he wanted to play with the kids called "Just One," which was really pretty easy to play from 2418 miles away from each other. We had a lot of fun with him and Ruth (no pictures, though, because I was too involved in playing the game to take any).

Then this afternoon Andrew taught the girls how to play Zilch while I was...doing...something else...(what was it?)...and later I joined them for a few rounds. They both wanted me to play and didn't want me to play because they say I always win, which is simply not true (but also perhaps a little bit true). But, with a game of chance like Zilch I was sure to lose at least a time or two, right? Wrong! I won every round I played. I'm not even sure how (I mean, except that I managed to roll 4000 points on my first turn). The game is mostly luck, though really "you gotta know when to hold 'em, when to fold 'em."

Poor Miriam could hardly get to 300 points on a single turn, so she didn't do very well. She lost the first round I payed with her terribly, but did much better on the second round, scoring a few 1000+ rolls.

Rachel, I should mention, won every round that they played without me! So she was some pretty steep competition!

It was a wild, ruckus afternoon—lots of cheering and hollering. To encourage people to take more extreme risks we started pounding on the table, shouting, "Nothing ventured, nothing gained! Nothing ventured, nothing gained!" Often this would be enough to get someone to roll the dice again, but if not that person was deemed a coward and everyone would start moo-ing at them (because...cow-ard). Benjamin happily joined in with the jeering but Alexander and Zoë were more concerned with everybody being quiet (because they were trying to draw; Benjamin invented his own little dice-addition game, which he played by himself, rolling numbers and adding them up and...that's just fine with me). By the end of our game, though, Alexander had mastered the phrase "nothing ventured, nothing gained" and would join in with us.

It's a good phrase for a two-year-old to know, probably.

Early this evening we got to have some video calls with our family again. The kids put on an impromptu concert for Naanii—they sang, they danced, they played their piano/organ pieces. Benjamin says that he wishes we could do that every Sunday because he rather enjoyed playing for someone who wasn't me. He's actually really blossomed as a piano player the past couple of weeks (probably because I am rather stringently including music time in our school day and so he's been actually practicing), which has been nice to see.

After we'd exhausted ourselves with all our music and silliness, Naanii passed us off to Auntie Josie so that we could watch her cats play.

Finally, we got to talk to Grandpa. The children played piano for him again (though we didn't make him sit through quite so many songs) and got rather silly and wound up again, but that's fun to do immediately before bedtime every once in a while, isn't it?

Our weekends aren't always this full of family time, but it certainly was fun to see (and interact) with so many members of our wonderful family (if only through a screen).
Posted by Nancy at 11:57 PM