All of that and I didn't even post a picture of Diana!

Here she is chilling with Miriam (and likely everyone else) in the AirBnB: 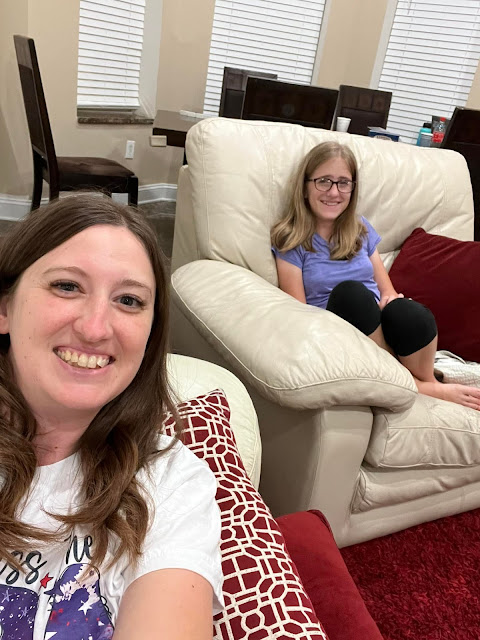 I haven't heard a lot from my girls (which I can only assume means they're having a wonderful time and are saving all their stories for their "homework"), but I do know about how things went after they rendezvoused with Richard, Diana, and Michael. Grandpa took them all on a little monument tour and they got caught in the pouring rain, got to see a some phenomenal lightning by the Washington Monument, and spent the rest of the day looking rather bedraggled.
Here they all are in front of the Lincoln Memorial, where Michael recited the Gettysburg Address: 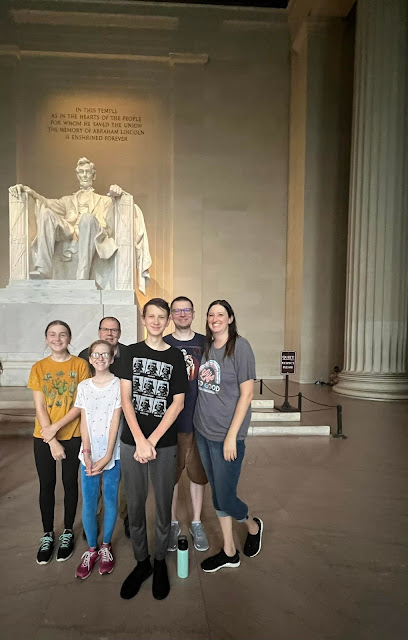 Here they are trying not to slip as they make their way down the stairs: 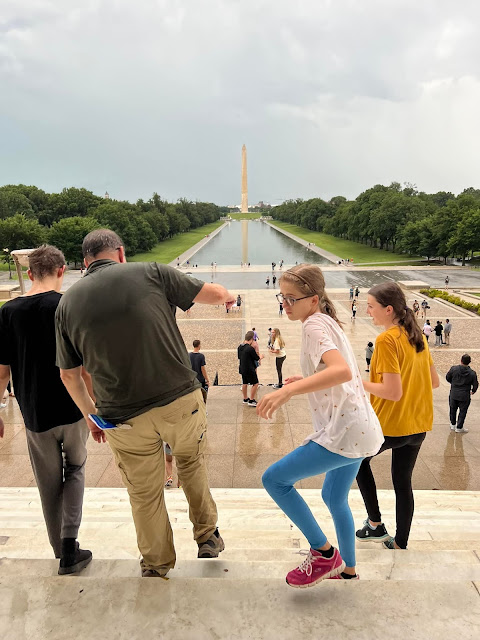 All that wet marble is no joke, which Rachel can attest to! She slipped in front of the Whitehouse in 2014, as well as on the way up to the Capitol Building. Hopefully she fared better this trip!
Here's Rachel, Grandpa, and Miriam: 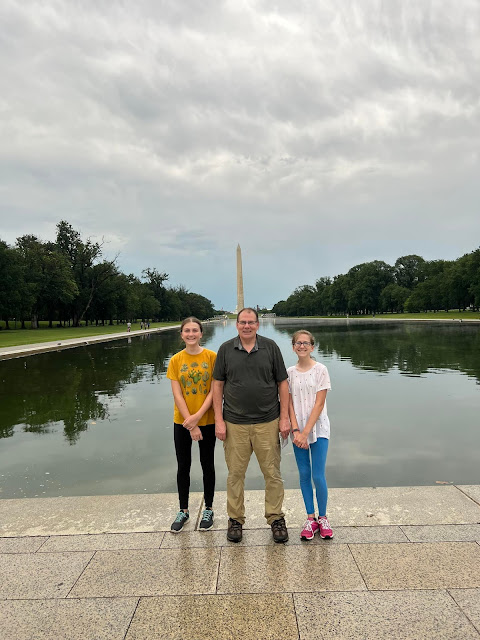 And here's Richard, Diana, and Michael: 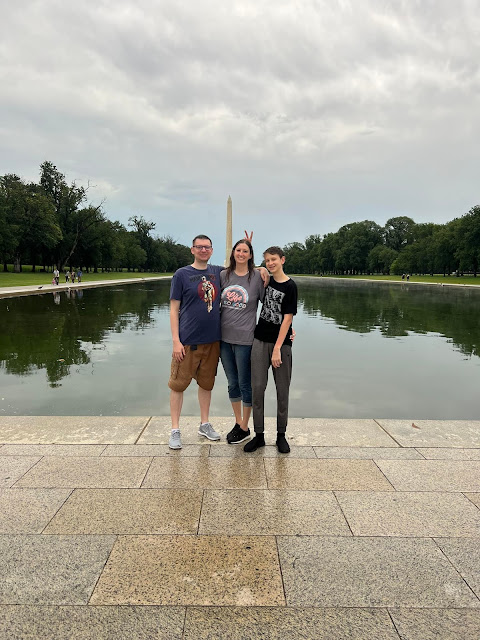 (For those not in the know, Richard is Andrew's cousin, so Michael is second cousins with our kids. And Diana grew up down the street from Andrew (his best friend's little sister)).
Today, I know that although the ground was dry, it was hot and humid. Here they are really feeling it: 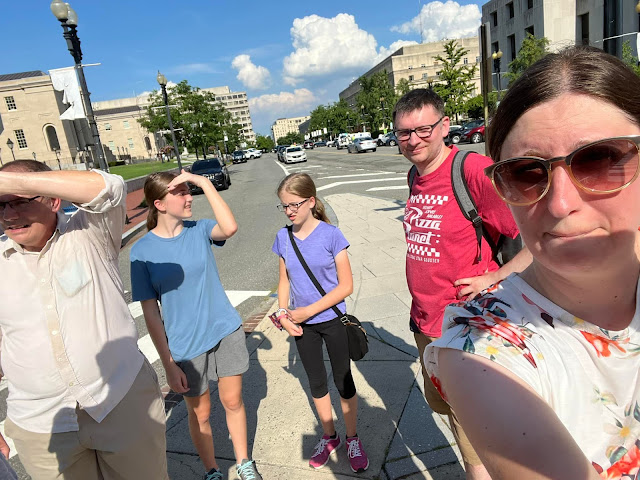 I also know they visited the Natural History Museum, the American History Museum, and the Archives (where they saw the Declaration of Independence, Bill of Rights, and Constitution). They also visited Ford's Theater and museum, the Library of Congress (which was Michael's favourite part—good choice). They also walked past the Capitol Building, the White House and the Supreme Court.
Here's Miriam and Rachel in front of the Capitol building: 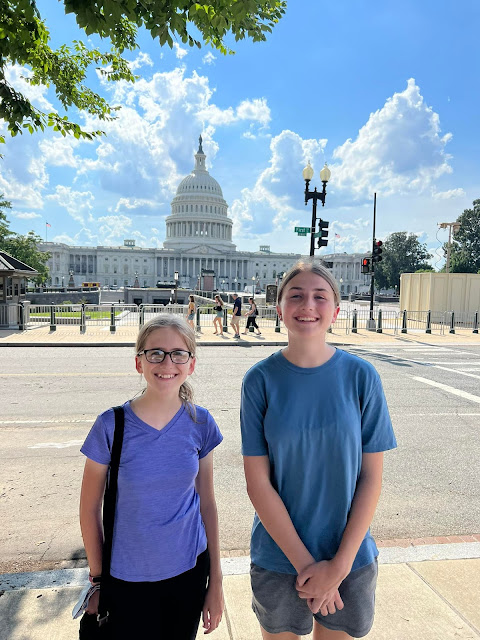 And here's Rachel, Miriam, and Michael in front of...something...? 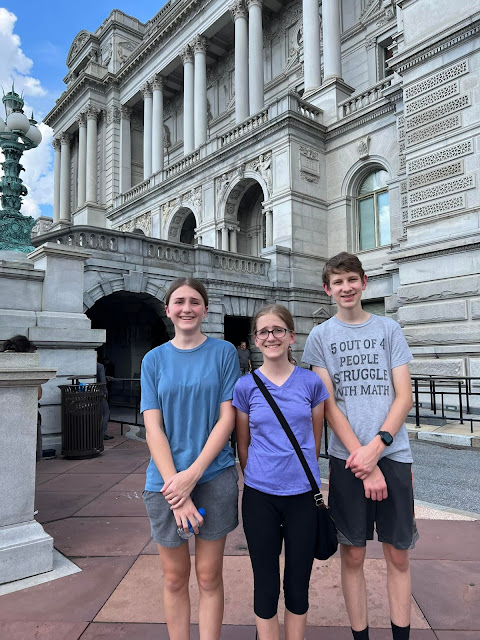 Here's Miriam, Richard, Diana (sitting in the seat all presidents have sat in since reopening the theatre), Reid (sitting in the first lady/gentleman's seat), Michael, and Rachel in Ford's Theatre: 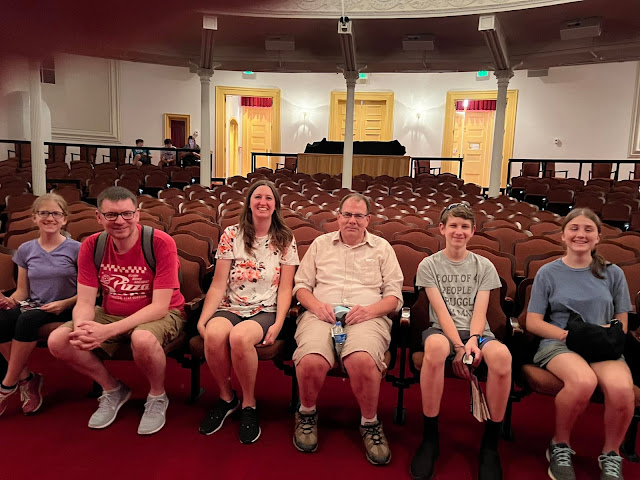 And, lastly, here's a picture of Rachel and Miriam with Honest Abe, himself: 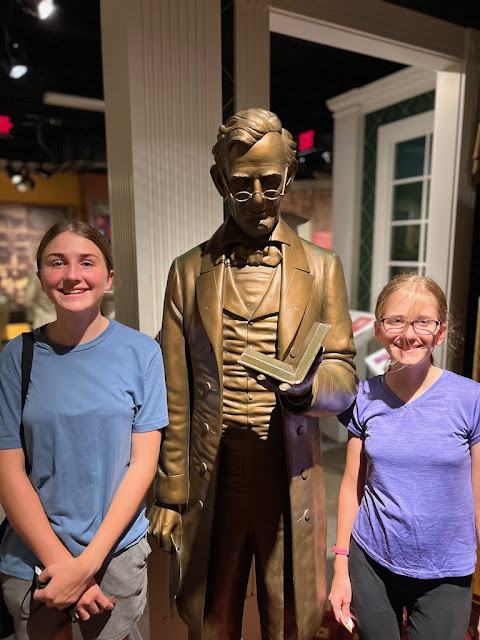