This morning Benjamin was sitting at his computer taking his math test on expressions and equations—and I mean really taking his math test. In past units he'd spend about 10 minutes on a 20 question test, fail, and then have to do it over again, but today he was really working. The test ended up taking him just over two hours to complete, but he did amazingly well on it (only had to take it once!) and, in his defense, there were a few distractions here and there.

For one thing, his little siblings couldn't seem to stay away!

Phoebe would crawl up to his desk to see what he was doing, and then I'd cart her away, and the next thing I'd know Alexander would be there as him a question about Minecraft. While I was off finding a book for Alexander, Zoë decided she'd better get down her ukulele and sing and play at the top of her lungs...in the same room as Benjamin. So we had a little revolving-door circus going on.

For another thing...is something burning? It smells like something is burning...

Benjamin—thankfully—allowed himself to be distracted by the burning smell (I'm sure the smoke helped distract him, too) and located a charging cord that was feeling a little too hot, hot, hot! 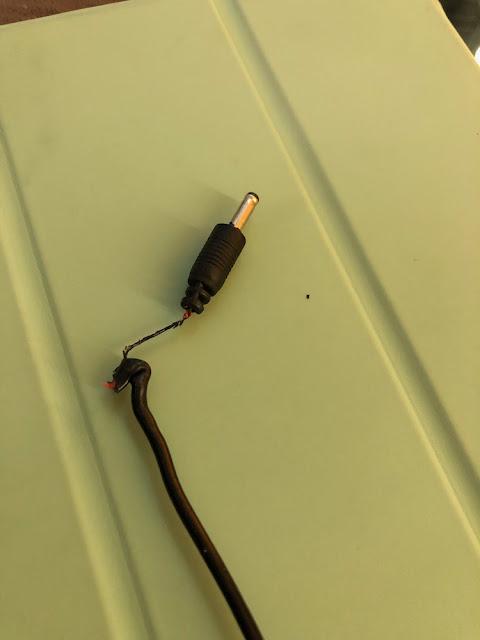 He bravely unplugged it (burning his fingers a little bit in the process) before coming to find me to tell me about his little adventure. Thank goodness he was (still) at the computer doing his math test!

We've been lauding him as our little firefighting hero today. 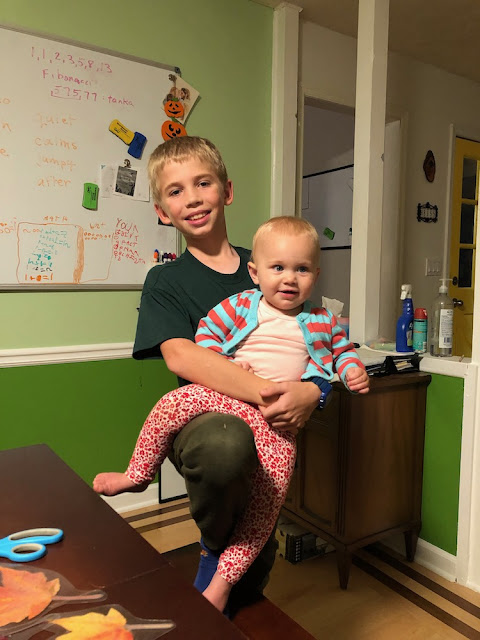 To top it all off, he just got word today that he won first place for the fifth grade in the Georgia Writer's Museum Spooky Story Contest for children! His story is called The Tybee Island Ghost Ship. He spent so long doing background research and drafting and revising this story! He's beyond thrilled to have won!
Miriam is a little less thrilled that she didn't win. She also spent a lot of time on her story The Doll in the Marsh, which I'll encourage her to put up on the kids' writing blog (or her own blog). But the sad truth is that...sometimes you win, sometimes you lose. Sometimes a very good piece of writing gets rejected. Sometimes a piece of writing needs to be revised before it hits its intended audience right. Sometimes a very talented writer in one form or genre simply can't make their words work in another genre.
And all of that is okay. It's good to learn (to keep on keeping on) from disappointments.
(I'm re-learning that with academic rejections. Rejection is not pleasant. But it's a frequent occurrence.)
So we were dealing with some big emotions at our house today. Benjamin tempered his jubilance with some pity while Miriam tried to cloak her jealousy with pride and affection for her younger brother. It was complicated and all very valid. And I think we got through it.
Soon—pending birthday balloons, which some of us have been slacking on—I'll have stories to tell about Miriam's birthday and everyone's bivalent booster experience. For today we're happy with Benjamin's three wins:
He's a good kid and is growing up great!
Posted by Nancy at 1:17 AM