I have seen so many people this week, it’s been a little crazy. We had a family reunion of sorts on August 11th, which was fun. A lot of my cousins were in town, anyway, having an “immediate family” reunion so we decided to have a dinner with extended family to have a chance for everyone to visit. I’m so glad we did, though Andrew was dreading trying to keep everybody straight.

Our family likes to repeat names. For example, I have a cousin named Andrew. Later my sister named her baby Andrew—he’s now ten. My cousin Michelle married an Andrew, but everyone calls him Andy so that makes it easy, except that I also married an Andrew.

My cousin Mary has a daughter named Rachael. We named our daughter Rachel. Both were present at the reunion, along with my niece Rosie’s step-sister…Rachael.

We have an Uncle Michael, a cousin Michael, and two first cousins named Heather (and a 2nd cousin/best friend whose name also happens to be Heather). I could probably go on, but I won’t.

Andrew—my Andrew—finds this terribly confusing and complains about it it frequently, but I find his side of the family equally confusing. His side is just as big, just as chaotic…and just as fun.

There were so many grandkids at this reunion. Rachel was on cousin-overload: Rosie, Matthew, Andrew, Chris, Lindsey, Hailey, Megan, Courtney, Rachael, Anthony, Sydney, Ambyr, McKenna, Brayden, Trevon, Jacob, Kali, not to mention Rachel and Miriam.

In my parent’s generation there were my mom and dad, Auntie Judy and Uncle Wally, Uncle Bruce and Aunt Sara, Burt and Kathi, Margaret and Clarence.

I think that’s all—not a bad turnout for such short notice, though it doesn’t even come close to having “everyone” present. There were so many spouses and children and cousins and other relatives missing but I was so happy to see who came. It’s hard to go years without seeing your family.

Rachel was off playing with cousins the whole time, which was awesome, and I hardly saw Miriam because she was getting passed around so much. It meant that I could actually visit with people without being weighted down with children, which was a really nice change. 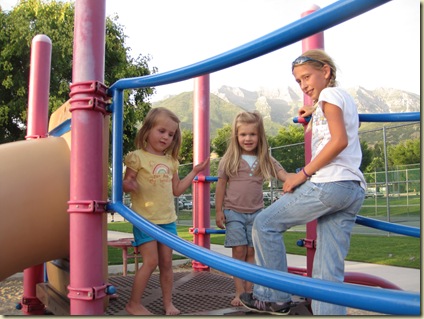 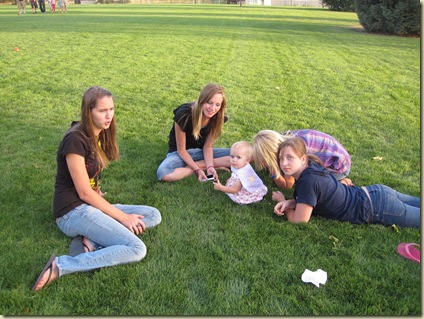 David brought a set of bacce balls and took Cody, Andrew, Andrew, out to play. Some of the little girl cousins tagged along and teamed up with the uncles. My Andrew and Mary’s Rachael were a team—Andrew said she was really getting the hang of it by the end. 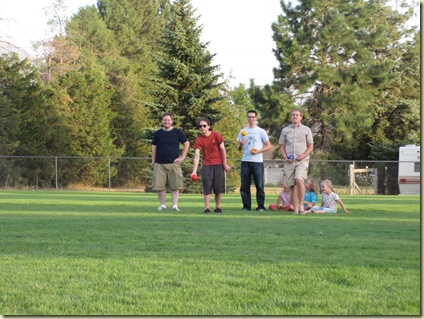 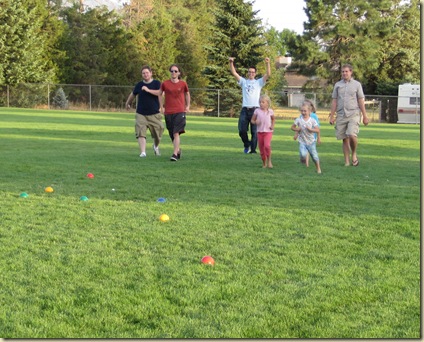 Some big people enjoyed some tennis, while little people huddled around Wendy’s dog, Tucker, and the rest of us chatted, laughed, reminisced and ate. 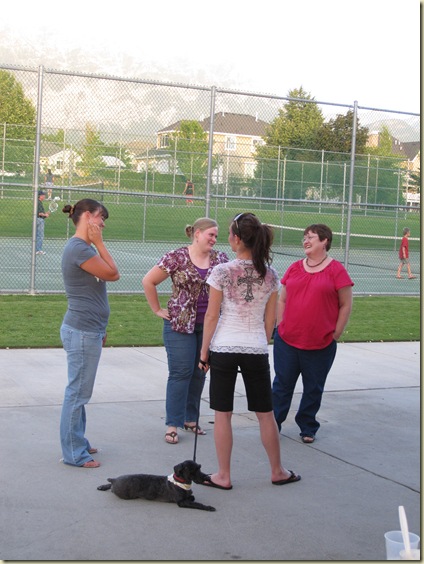 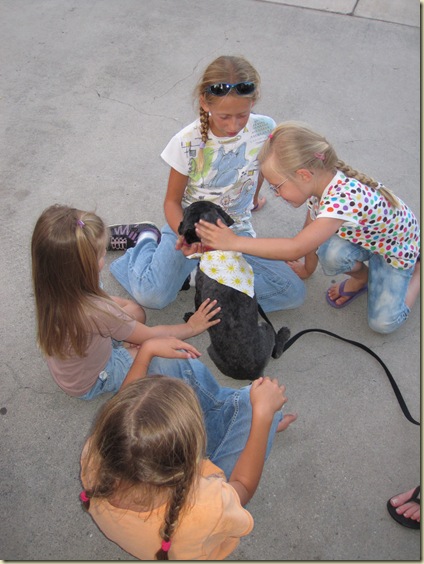 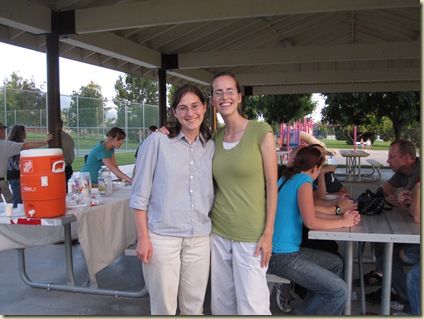 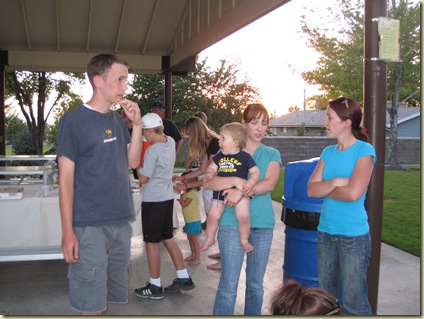 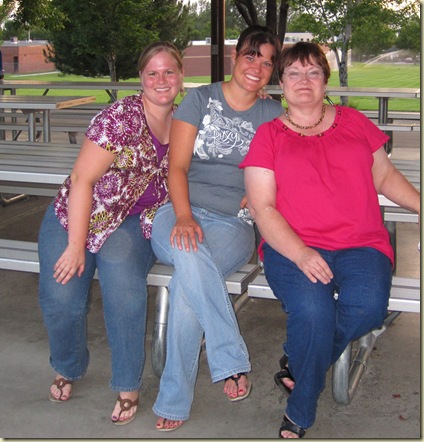 It was so much fun and so many of us live close enough to each other that we should be getting together more often—which we talked about, once again, at the reunion. Carlie suggested that we plan a monthly cousin get-together but given our track record that seems a lofty goal. Perhaps once a quarter…?