Auntie Em arrived home from Nauvoo yesterday—she was there serving a summer service mission for the church. She played flute and piccolo in the brass band every day except Sundays when she would work as a “pioneer” in Historic Nauvoo. She had a great time but we’re so happy she’s home!

Between our time in Egypt and her mission this summer it had been 2 years and 4 days since we last saw her. Rachel and I made a sign for her. It’s festive. 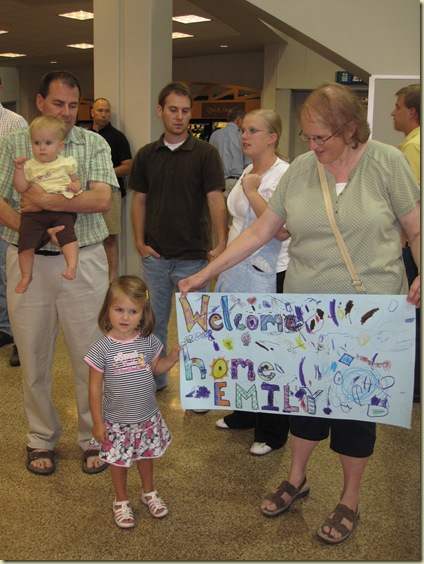 Emily and Andrew will both be attending BYU in the fall—this will be the first time they’ve gone to the same school since Emily was in kindergarten and Andrew was in grade six! They’re excited. 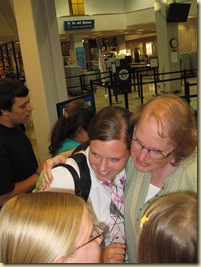 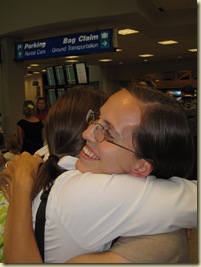 A lot of the…kids…that were in Nauvoo with Emily were on the same flight home so we got to meet her companion, Sister Lewis, as well as some of the other music and performing missionaries. It was fun! 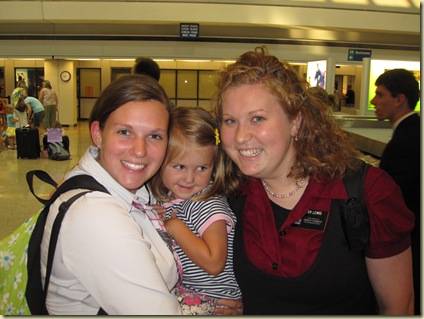 Anyway…Emily’s home and we’re excited to have her. We’re planning a road trip and everything! 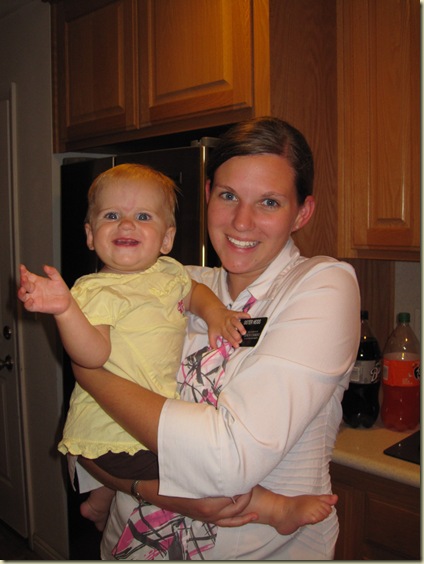