Right in the middle of a peaceful dinner conversation, Rachel stood up on her bench and announced:

Then she attempted a curtsey, sat down and started eating again. I did all I could to stifle my laughter. This child can be so…random. 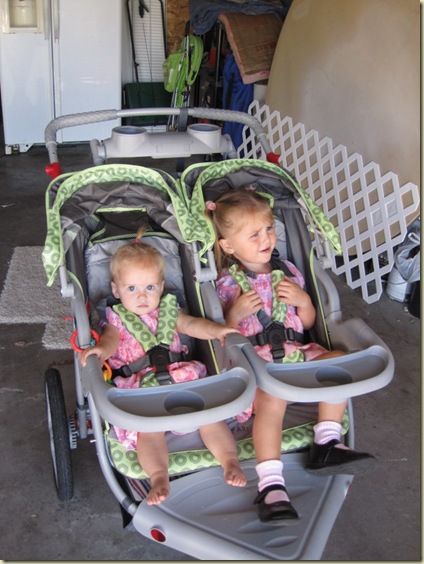 For example, we were walking to church a few weeks ago when someone sneezed. I think it was Daddy.

“Sneeze you!” Rachel said, “I like to say ‘Sneeze you!’ instead of ‘Bless you!’ because when someone sneezes it makes more sense to say sneeze instead of bless.”

Then tonight while I was braiding her hair before bed she yawned.

“Yeah. Like ‘Sneeze you!’ only for a yawn because there was no sneeze.”

“Oh, that makes perfect sense,” I said while managing to suppress a giggle.

“Yeah. It does,” Rachel answered seriously.

I put eight braids in her hair. She wants her hair to be super-curly tomorrow so that she can look like a princess. She was very pleased with the results and accessorized her pyjamas with a headband and necklace. 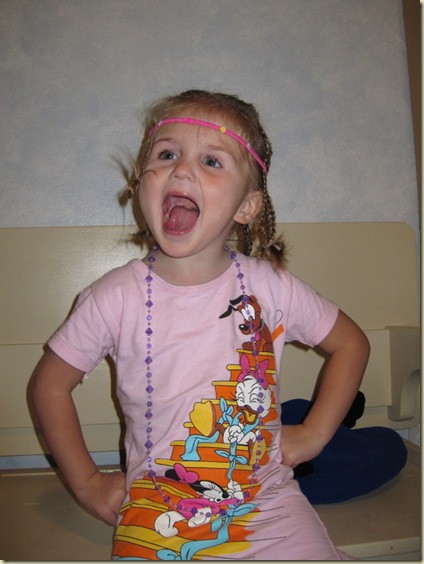 She went to show Daddy and he said, “You look like a hippy!”

She went around for the rest of the evening talking about how she was the prettiest hippy princess there ever was. No one argued with her. How could you, really? 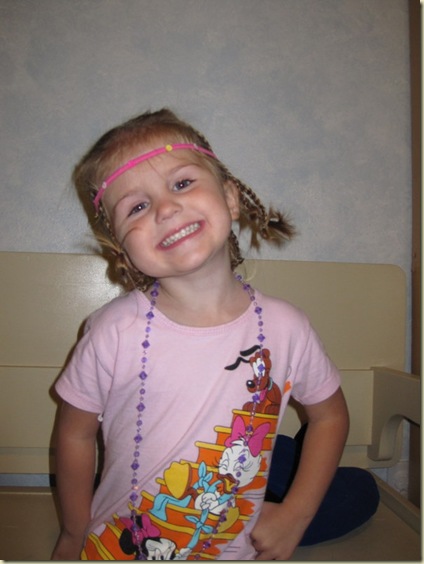 We’ve been putting Halloween decorations up in the house. Grandma has a lot of decorations and among them are two dolls—a witch and a vampire. Rachel tried to adopt them but in the end Grandma won and Rachel is only allowed to play with them in the living room. The first day we played with them I had the honour of being the vampire while she acted out the witch.

“I vant to suck your blood!” I said in my best Transylvanian accent.

“Ummm…why are you even saying that?” Rachel asked.

“Because I am a wanpire!” I answered, “And wanpire’s drink blood!”

“But you can’t even drink blood—blood’s not food. Besides my blood is very deep inside my body and you can’t get to it just by sucking. Watch.”

She sucked her finger to prove that blood is inaccessible by sucking.

“Vell, zen I vill bite you vit my fangs!”

“Fine. But I still vant to suck your blood. Just because I can’t doesn’t mean I don’t vant to.”

While we’ve been rubbing off on Rachel, she’s been doing her best to rub off on Meme. Rachel’s favourite dress is her “Easter dress” that she got for Easter this past year. We bought it at Target, on sale, before we left for Egypt and saved it until it fit her—it’s 3T—so although it’s technically “new” it’s kind of “old,” too.

I was surprised then, when we were in Savers, a second-hand store, last month and spotted on the rack the very same dress, only Meme-sized. What are the odds? We bought it, of course, and now Rachel often requests to “be twins” with Meme on Sunday mornings. 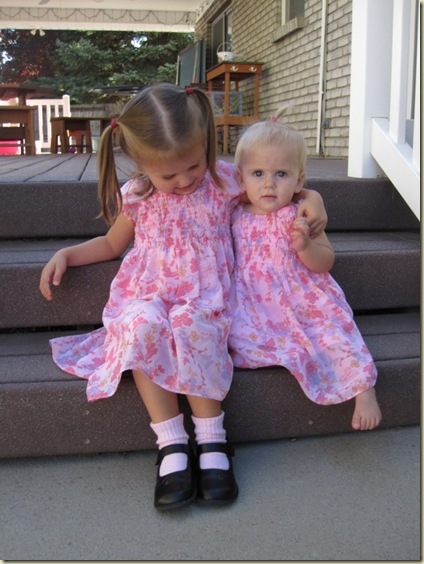 For the most part Meme doesn’t seem to mind. She loves her big sister.