True to their word, the girls got up early and got dressed to play in the snow. They did it so quietly that they didn't even wake up Daddy, who was sleeping on the couch because Benjamin is a major bed hog (seriously—he's a kicker), so when I got up at 8:30 Andrew was still sleeping away (even though he was supposed to be long gone).

I'll admit that it was kind of nice to see him in the morning and to have family prayer all together. This semester isn't too bad as far as his schedule goes (I say right at the beginning of the semester (we'll probably revisit that statement later)) but Tuesdays and Wednesdays are a little rough since he misses bedtime every other Tuesday (and on the days that he doesn't miss bedtime I have primary presidency meetings) and every Wednesday, so we basically don't see each other for 48 hours.

Still, he was feeling rushed. He grabbed a packet of instant oatmeal to take to school for breakfast while I made apple oatmeal for the rest of us (it's tradition, apparently).

The kids were thrilled that the snow had stuck around overnight (that isn't always the case down here). 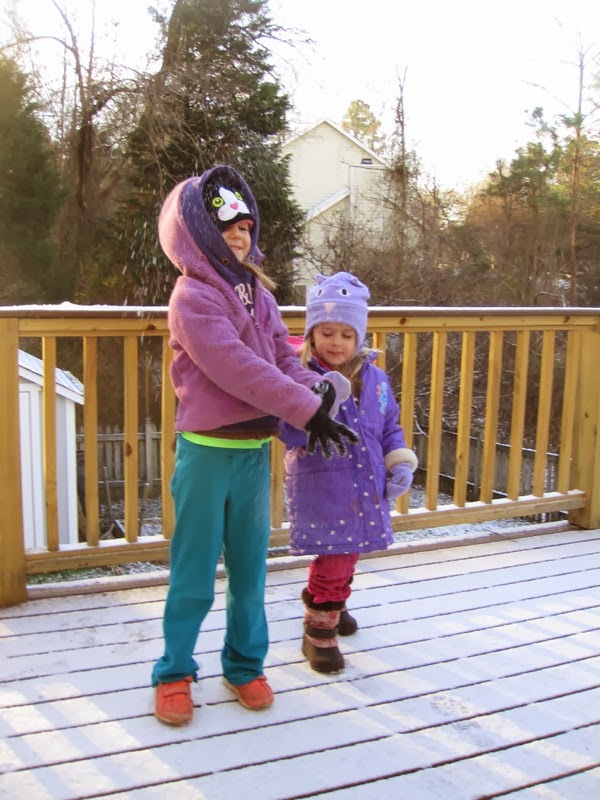 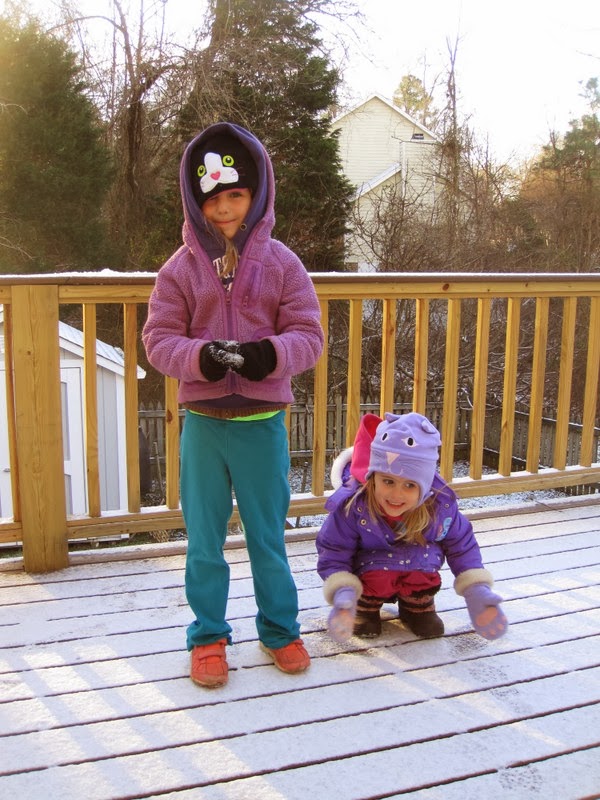 It was rather chilly this morning so they were grateful to come in to some warm oatmeal. Rachel helped chop up the apples. I was a little slow on that front.

After breakfast we all bundled up again to head outside to play in the snow while waiting for the bus to come. The girls were determined to build a snowman. (Miriam woke up this morning singing 'Do You Want to Build a Snowman?' (last night it was 'Let It Go')). We did our best to build an itty-bitty snowman. 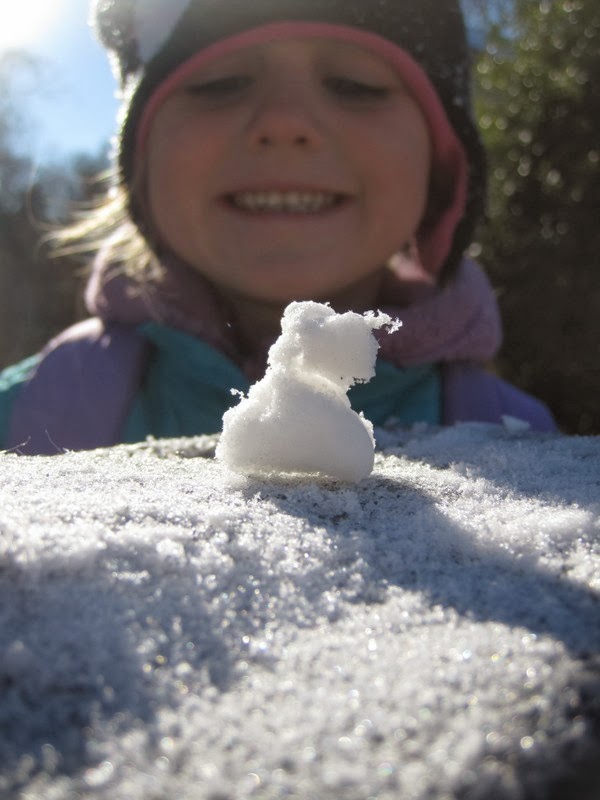 The snow on the grass was useless; we had to collect snow from the scooter cover and the lids for the recycling bin and things like that. 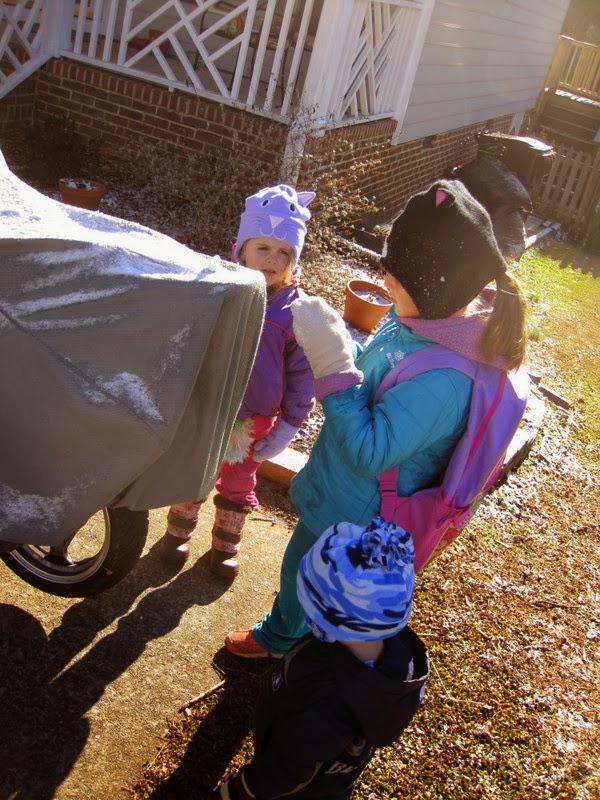 There was enough snow on the ground to make some snow angels though! Kind of... 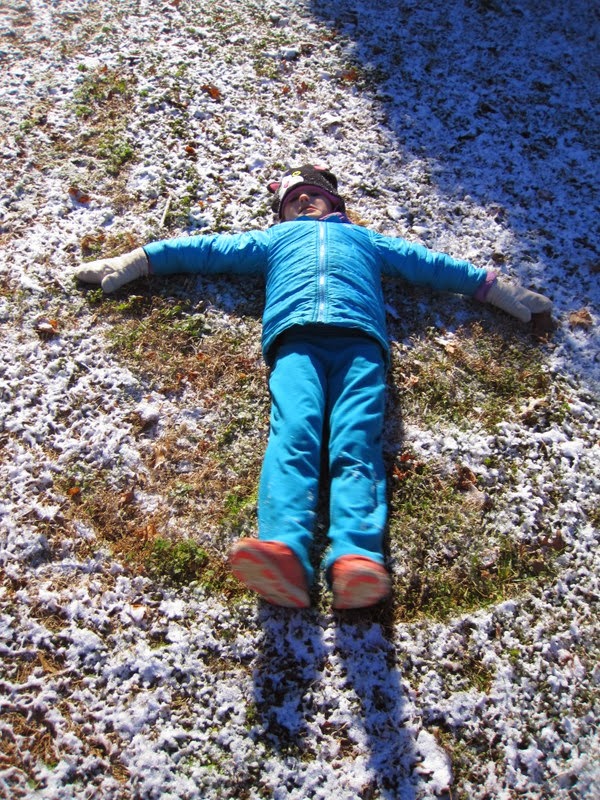 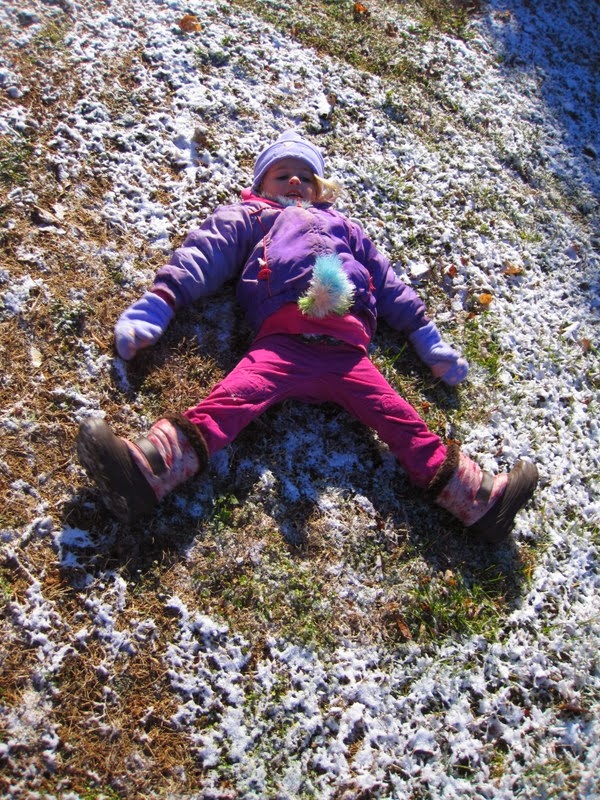 Even Benjamin was able to enjoy the snow this morning (though I still mostly held him). I suppose snow that's sitting on the ground is a little more trustworthy than snow that's falling from the sky. 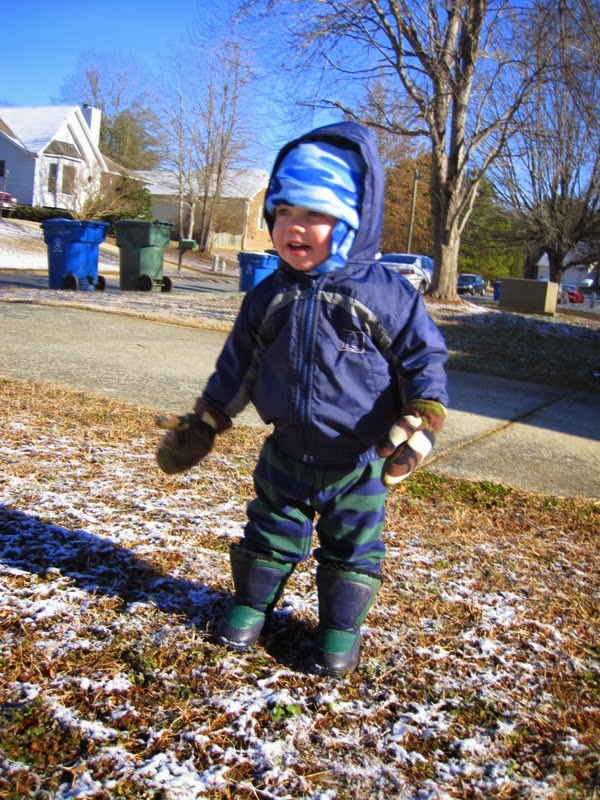 After we put Rachel on the bus we went to the backyard to play for a while. 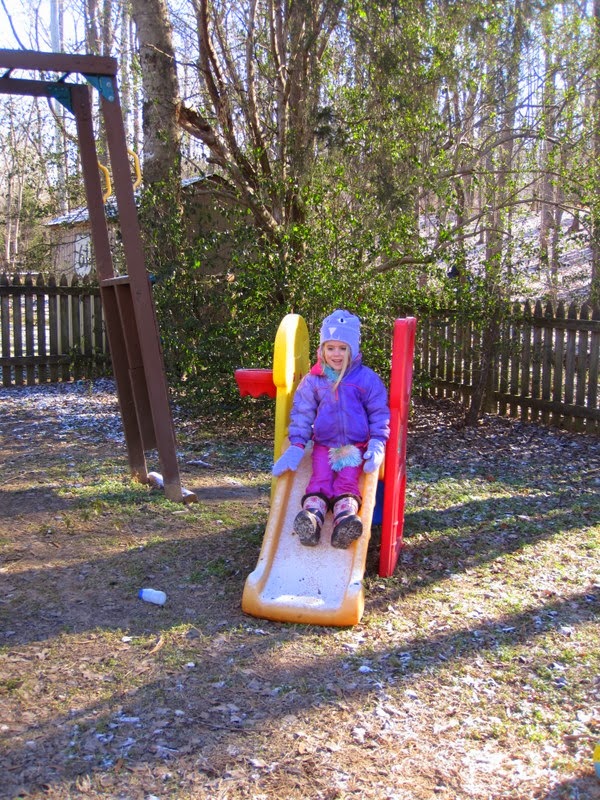 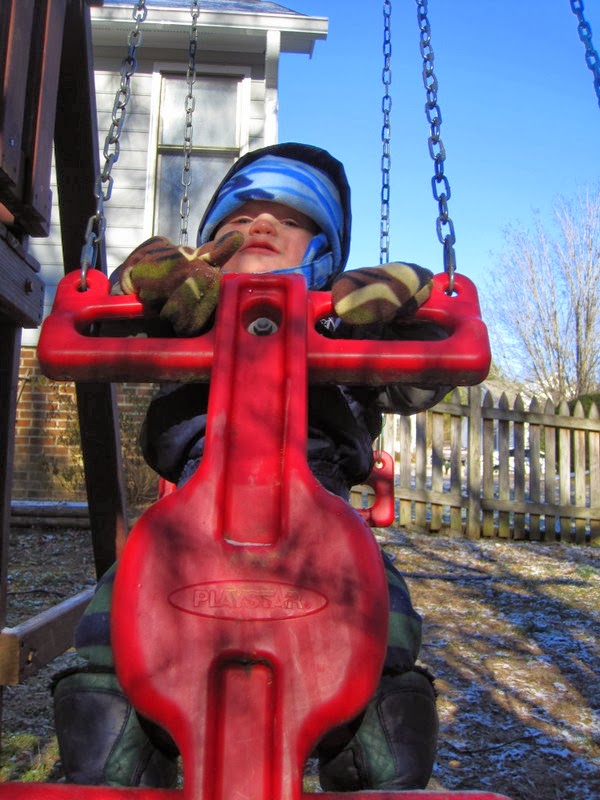 I was happy when the kids decided they'd had enough of the cold and I'm even happier now that I can hear the drip-drip-dripping of the snow melting away outside.

Over breakfast we talked about whether or not the snow would still be around after school.

Rachel looked a little confused and I realized that she's used to hearing temperatures in Fahrenheit.

But seriously America! Join the rest of the world!
Posted by Nancy at 11:58 AM