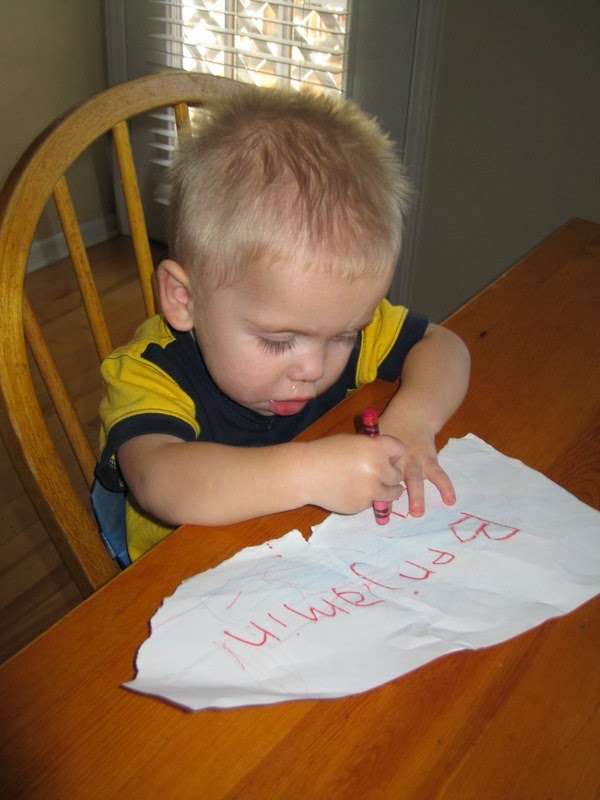 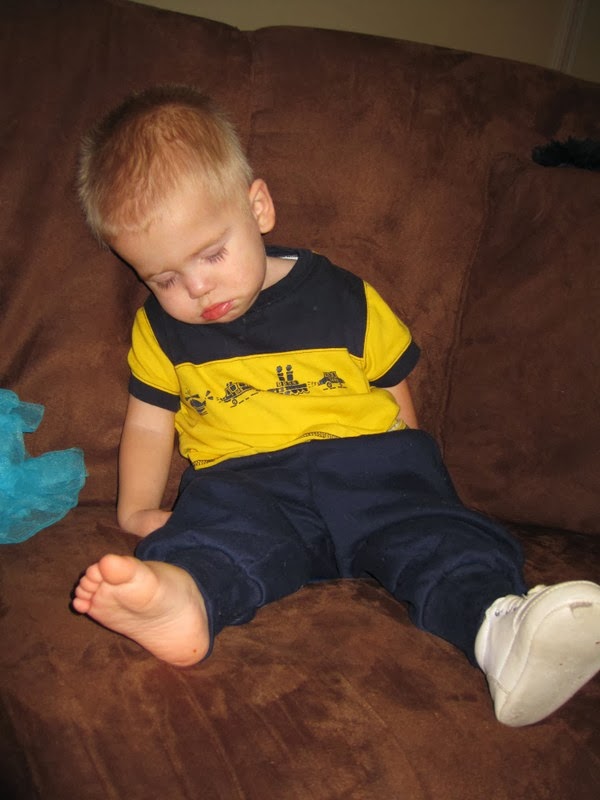 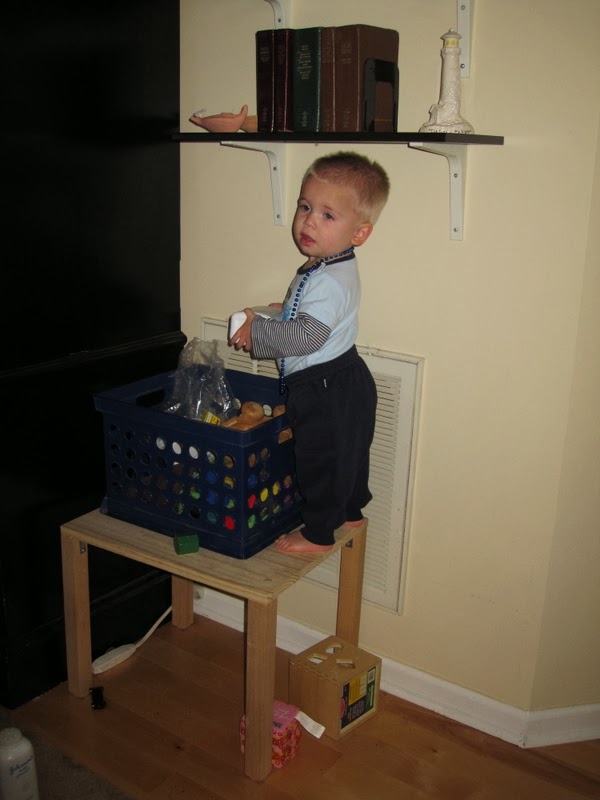 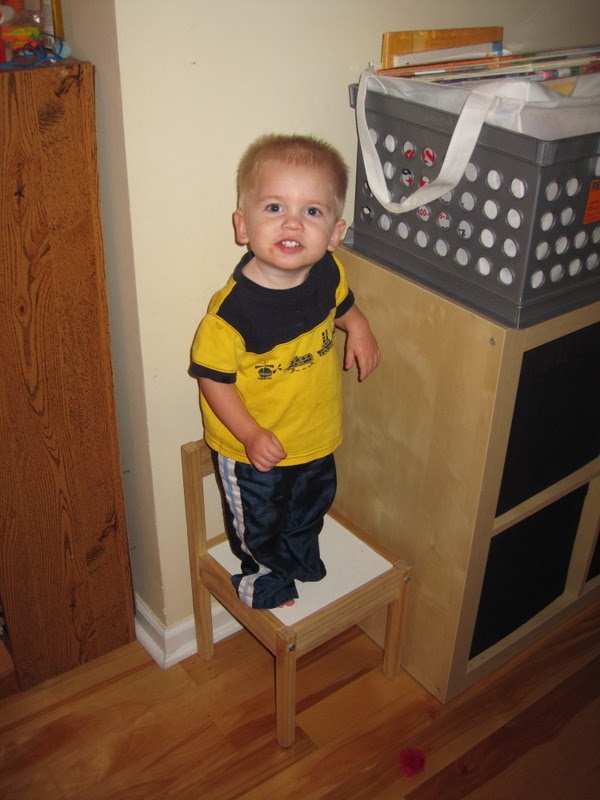 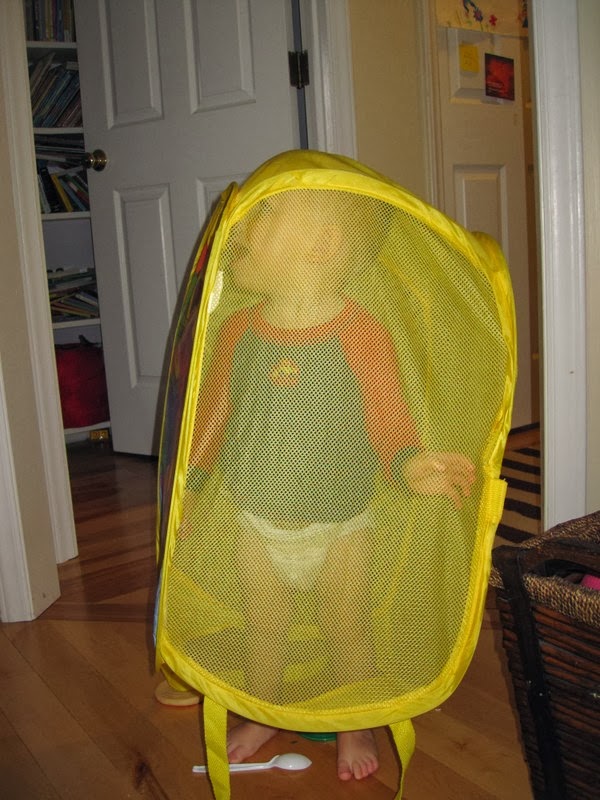 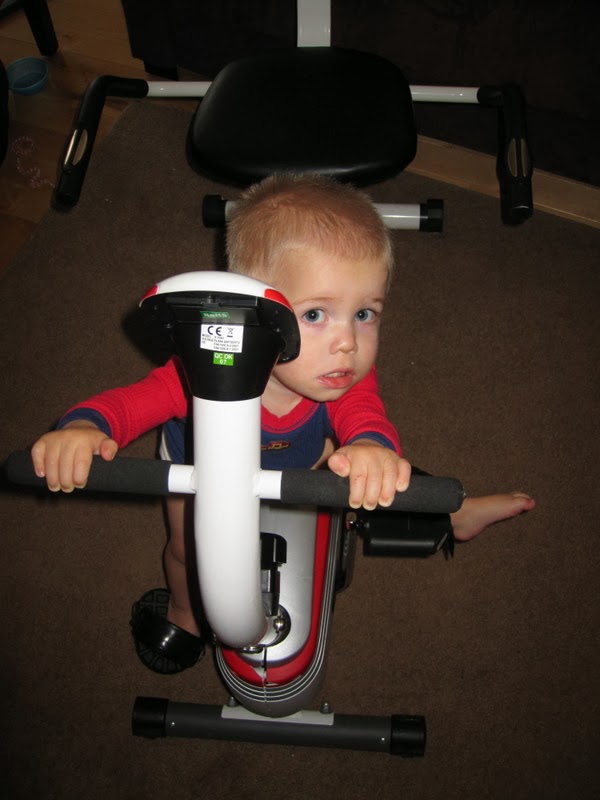 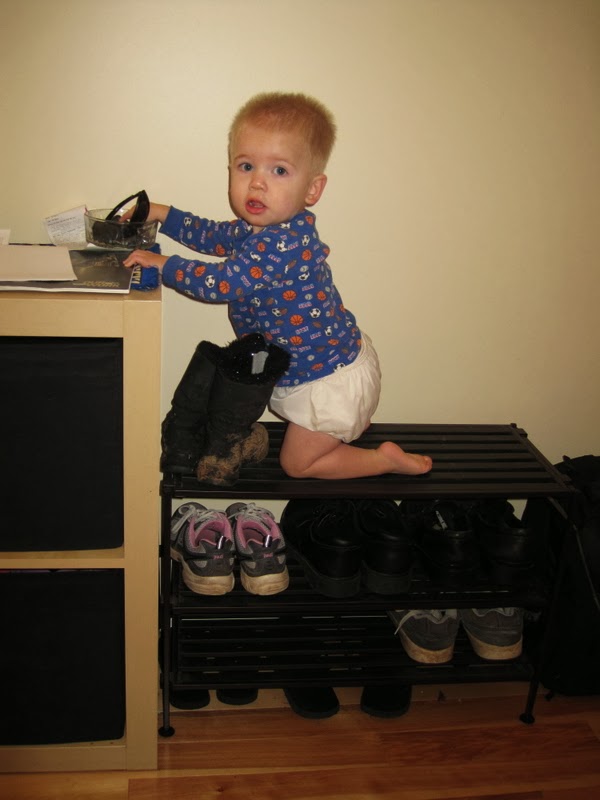 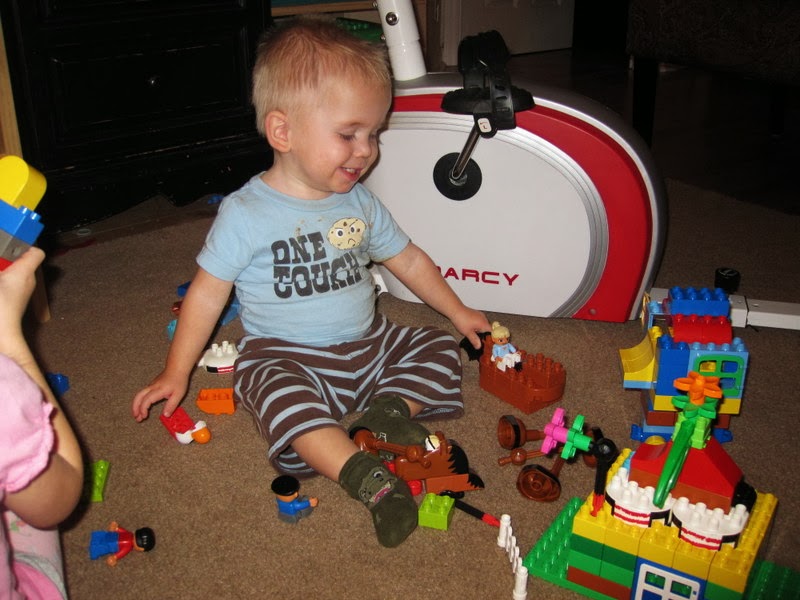 I let the Miriam and Benjamin watch Jake and the Neverland Pirates while I rode the bike (Andrew and I trying to bike across the USA (or the stationary-bike mileage equivalent thereof) this year) and Benjamin spent the first few minutes aimlessly wandering around the house.

"Benjamin," I said, "You look like someone who needs something to do. You can play with the blocks or climb up and snuggle with Miriam or..."

He climbed up beside Miriam and promptly fell asleep. The first stanza of this poem was born when I looked over and noticed that he'd nodded off and that he only had one shoe on. The second stanza wasn't too hard to come up with. The third stanza was a real stretch because...not a whole lot actually rhymes with Ben. That kind of surprised me. I thought, for once, we'd nailed a name that rhymed with everything. 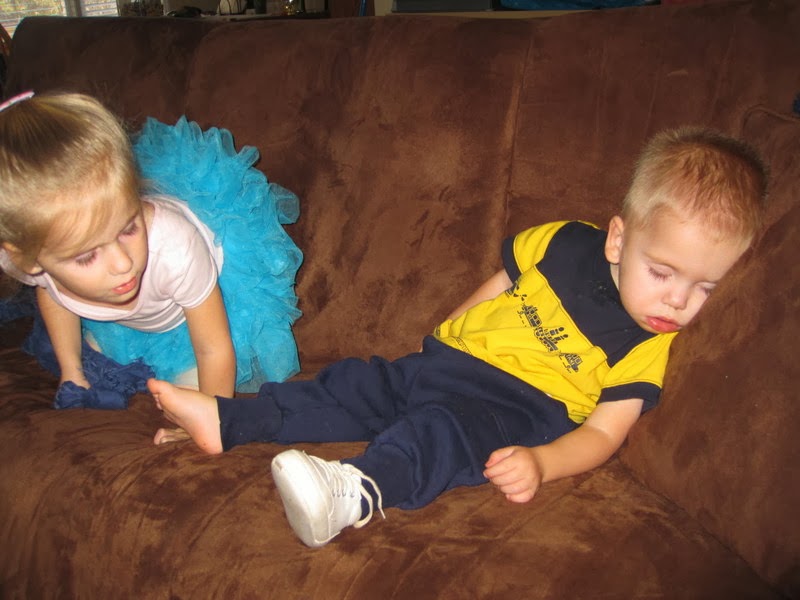 Anyway, although Benjamin would prefer not to nap in the afternoons he still needs a nap in the afternoons. Sometimes—on very happy days—we're able to get him to rest for a few minutes, usually by tricking him into accidentally taking a nap because if he knows I'm trying to get him to fall asleep he'll fight sleep like a champion kick boxer. I find myself contriving environments that lend themselves to "stealth naps."

For example: Hey! He's looking a little sleepy. Let's climb up on the couch and snuggle while we watch a show... Oh, he fell asleep? What a surprise!

Or: Hey! He's looking a little sleepy. Let's sit in the rocking chair and nurse...in the dark...while Miriam has quiet time in her bedroom...

Or: Hey! He's looking a little sleepy. Let's go cuddle in bed. No, not to go to sleep! Are you crazy?! We'll just quietly rest here together, not sleeping... Wait...are you sleeping? Darn!

I really don't know how to get him to go to bed on his own (for either (nearly-non-existant) nap time or night time). Miriam had her thumb and was always (or at least usually) willing to go to bed so it's been years since I've dealt with a sleep-fighter and though I have memories (terrible, terrible memories) of Rachel's non-sleeping days I can't seem to recall how we ever got her to sleep on her own.

Seriously. If I put Benjamin in his crib while he's awake he immediately stands up, holds onto the railing, jumps up and down, and screams until he's foaming at the mouth. And he can scream for a long time.

I've started letting him put himself back to sleep at night when he wakes up. It's a little painful for me because I have to lie awake in bed listening to him fuss until he goes back to sleep (instead of just bringing him into bed to nurse/cuddle back to sleep which takes far less time—I'm a lazy parent, what can I say?), but at least when he wakes up in the middle of the night he's drowsy enough that he doesn't get as angry (immediately) about being in his crib as he does when I try to put him down for naps or for bed.

Even when I do break down and bring him into bed I've been denying him any milk (because at 20 months I'm pretty sure he can make it though the night without nursing). This boy likes his milk, though, and can be quite demanding. Weaning him is going to be a long process, I can tell (because 20 months).

I've considered transforming his crib into a toddler bed to see if that would help him like it more. But mostly I just see that backfiring at this stage. He's still too much of a baby to care about being a big boy.

I suppose my only recourse at this point is more patience, an attribute I'm with. That's what these little ones are for though, right? To teach us things like patience.
Posted by Nancy at 12:48 AM