Our pass to the Durham Museum of Life and Science grants us access to a whole slough of other science museums around the country. The only caveat is that the museum has to be at least 90 miles away from your home address, so museums in Raleigh aren't included but museums in Utah? Those definitely are.

That means we've been able to do a bunch of things here that we ordinarily wouldn't be able to afford to do, which has been fun.

On Christmas Adam (the day before Christmas Eve, of course) we took the train from Daybreak into downtown Salt Lake to visit the Discovery Gateway Museum. Benjamin was so excited the entire train ride. He loved when we'd pass other trains, he loved when the doors opened and closed, he loved spotting buses and trucks and buildings from the windows. He was having a grand old time. He almost didn't want to get off, but get off we eventually did.

We walked from the train station to the old train station, which is now just a venue for parties and things. It's open during the day and there're bathrooms inside (that's the main reason we went inside). I don't think I've ever been in there--it was pretty neat. 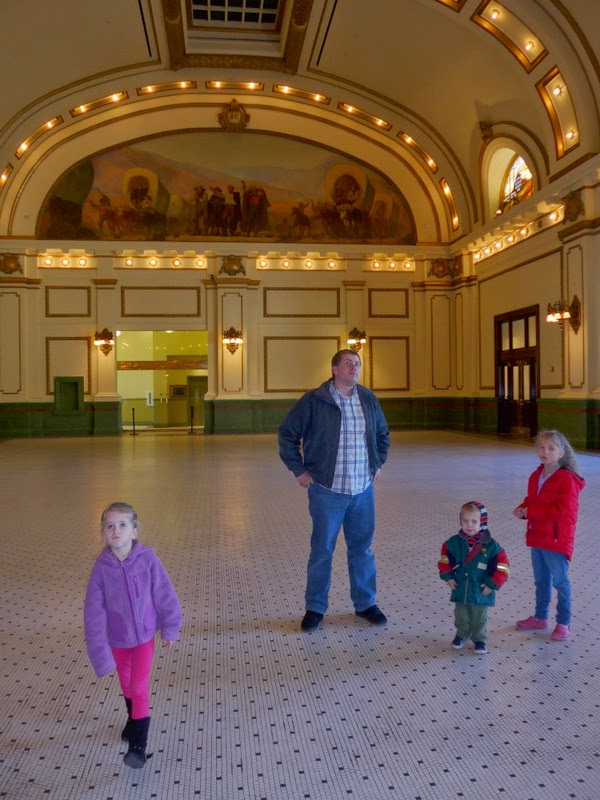 After having lunch at the mall's food court, we headed over to the discovery museum. The kids had a blast exploring everything. 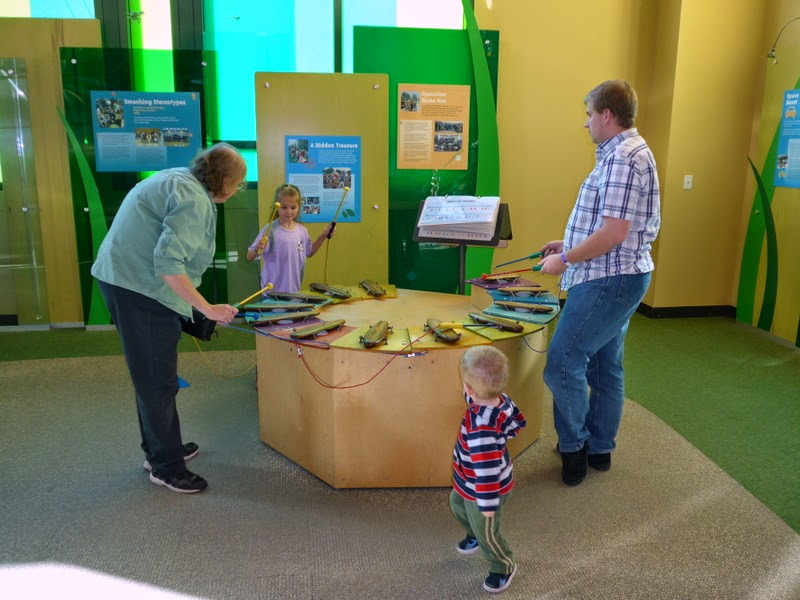 This horse was a big hit with everyone: 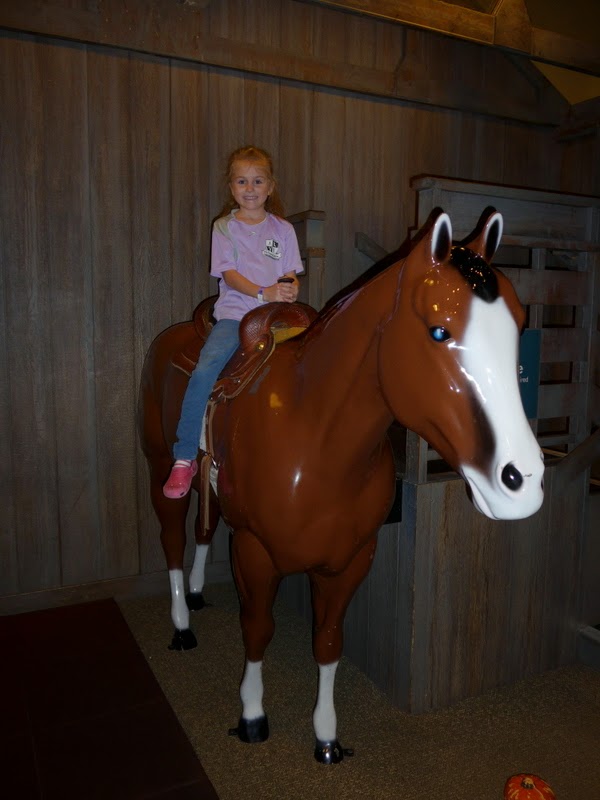 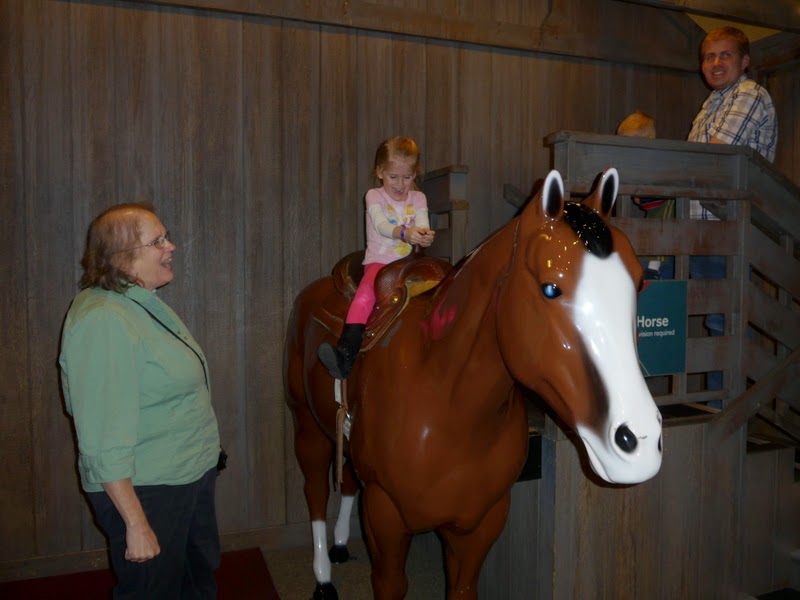 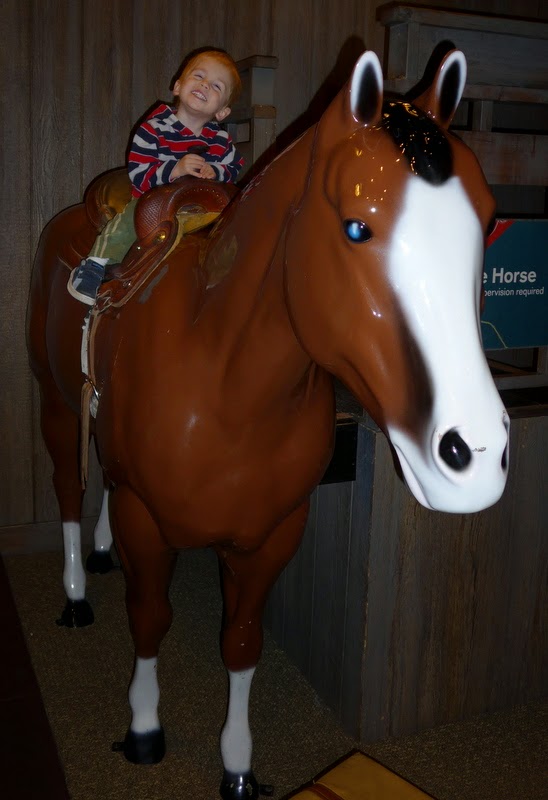 The horse was at a little play farm where you could "plant" and "harvest" vegetables, pick peaches from a tree, drive a truck, and ride a horse.

There was also a Southern Utah-themed rock climbing area. Rachel enjoyed it a little more than Miriam did. 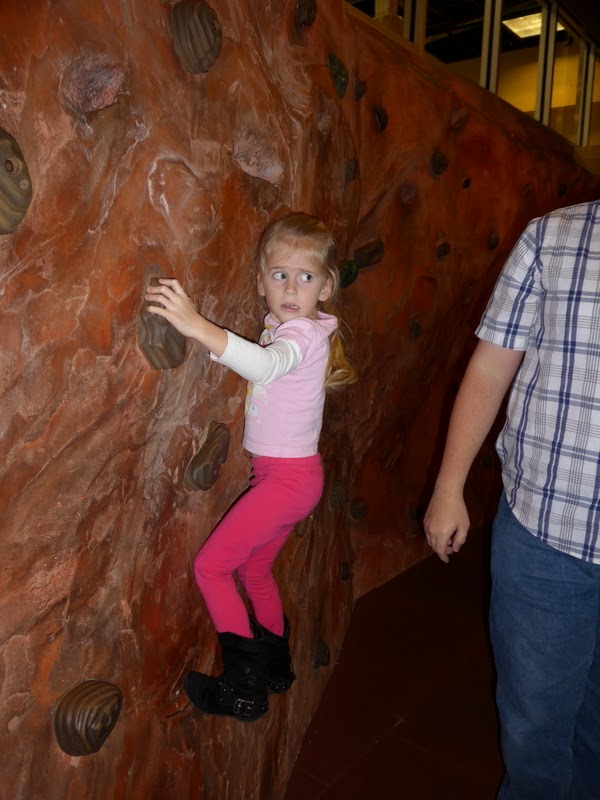 There was a construction zone with big (soft) blocks and a working crane (Benjamin was thrilled about that), a house, a post office, a grocery store, and several other little areas for kids to play pretend.

Upstairs we found a stage. While Rachel worked the backdrops and lighting, and Grandma narrated, Benjamin and Miriam acted out the story. 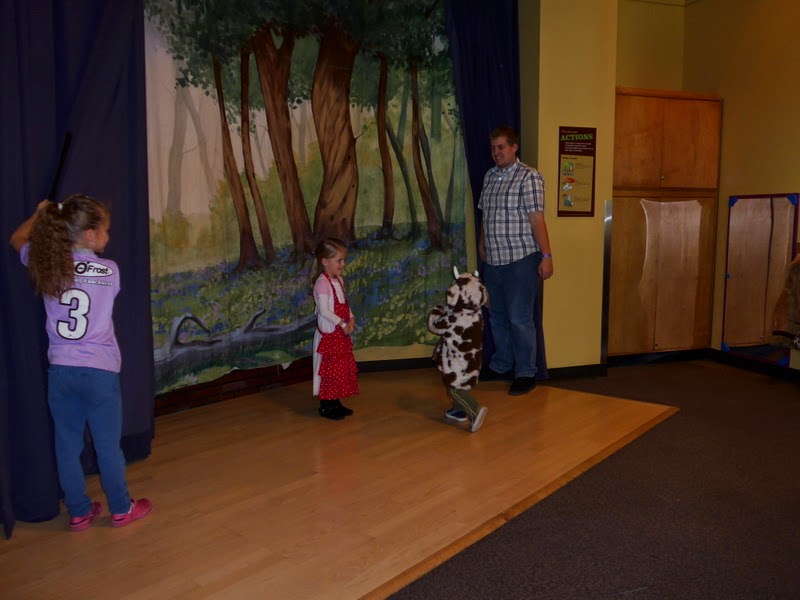 Miriam's always happy to put on a pretty dress: 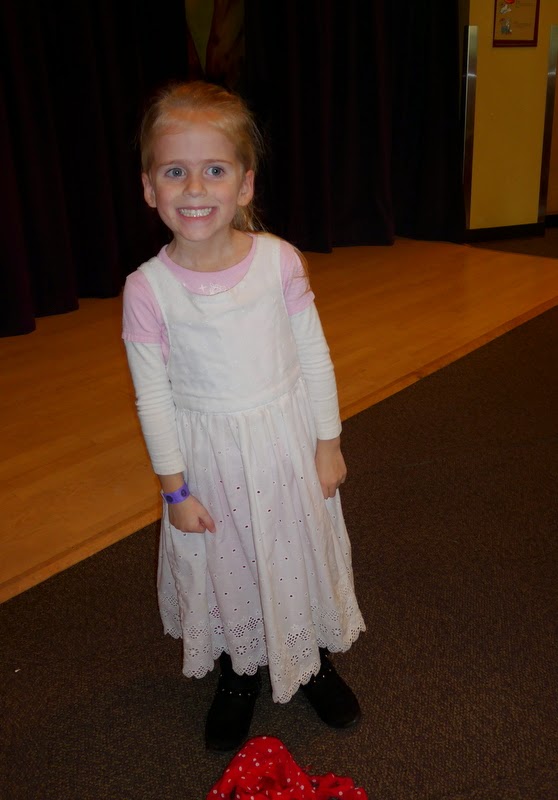 Further along we found some building toys to play with. I love how Rachel works with her tongue sticking out. 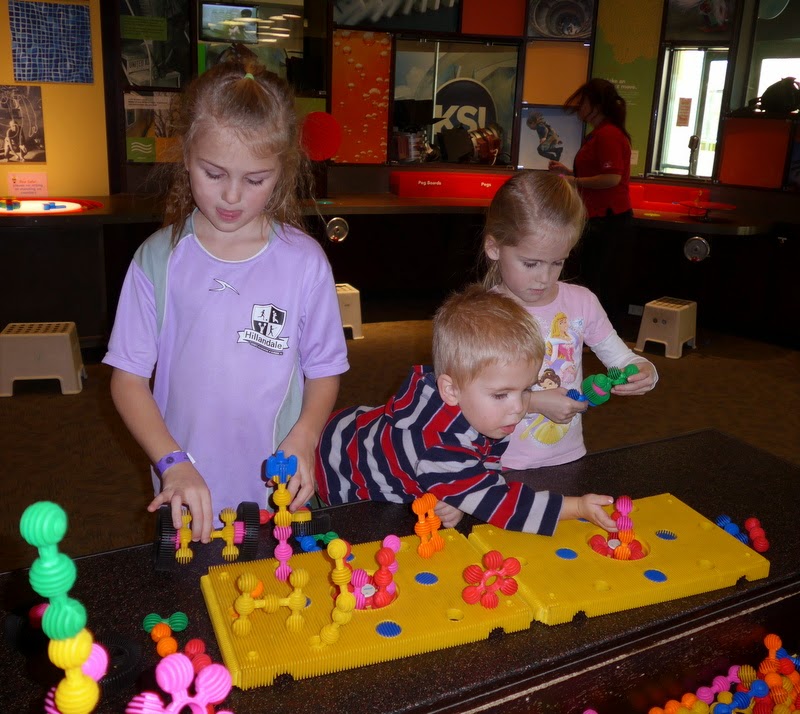 And even though it was cold outside we went onto the playground on the roof to see the helicopters and rescue center. 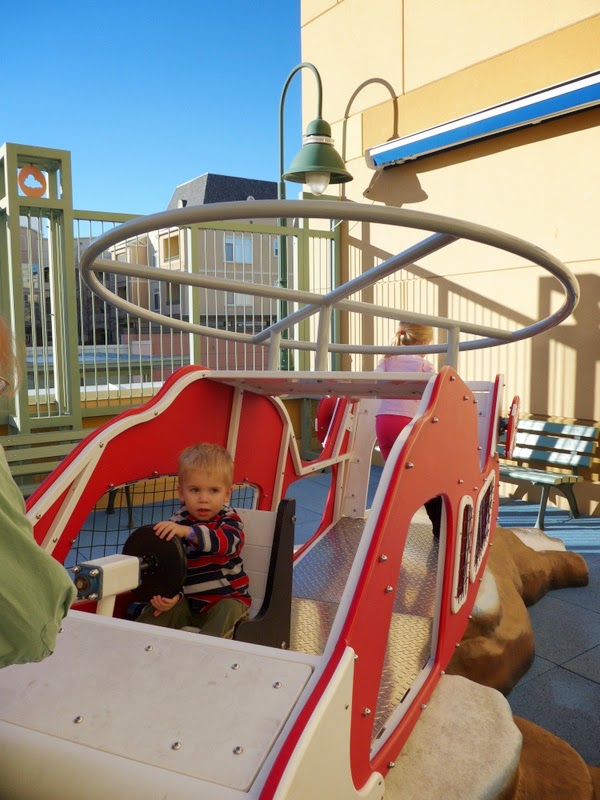 Benjamin loved sitting in the "real" helicopter but Miriam did not. Every time she tried to get on the recording that was playing was at the part where the engines fire up and the blades start chopping, so although nothing was actually happening she would freak out and run back out of the helicopter. 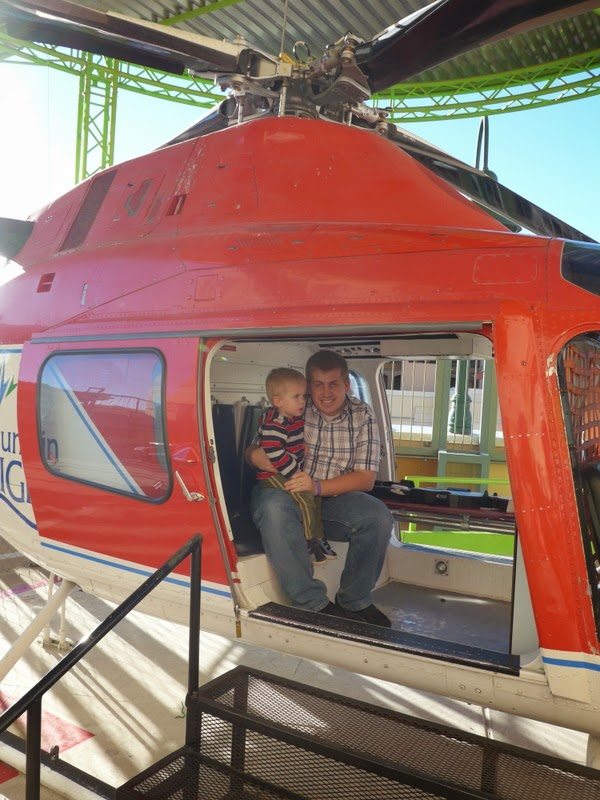 Grandma treated everyone to a turn in the hurricane simulator (I chose not to squeeze in there). Miriam was the first child to break. She started crying hysterically and Grandma opened the door and squeezed her out. 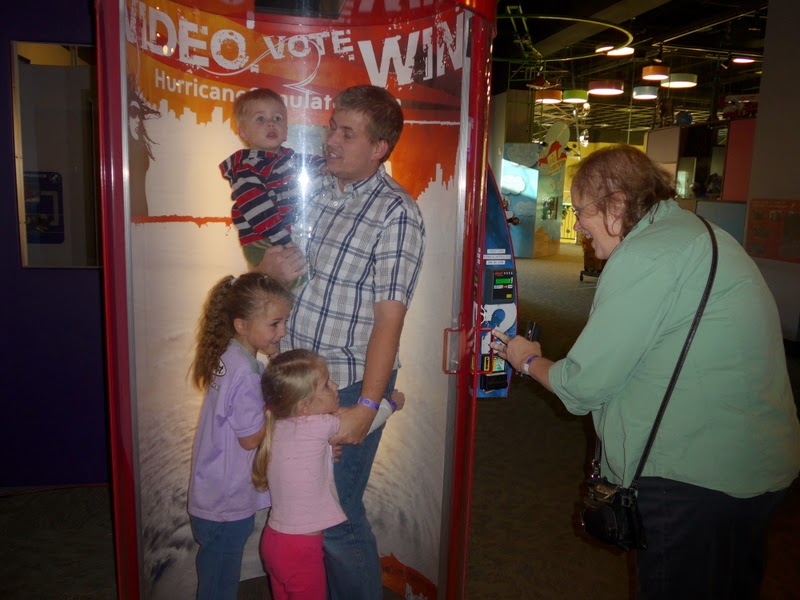 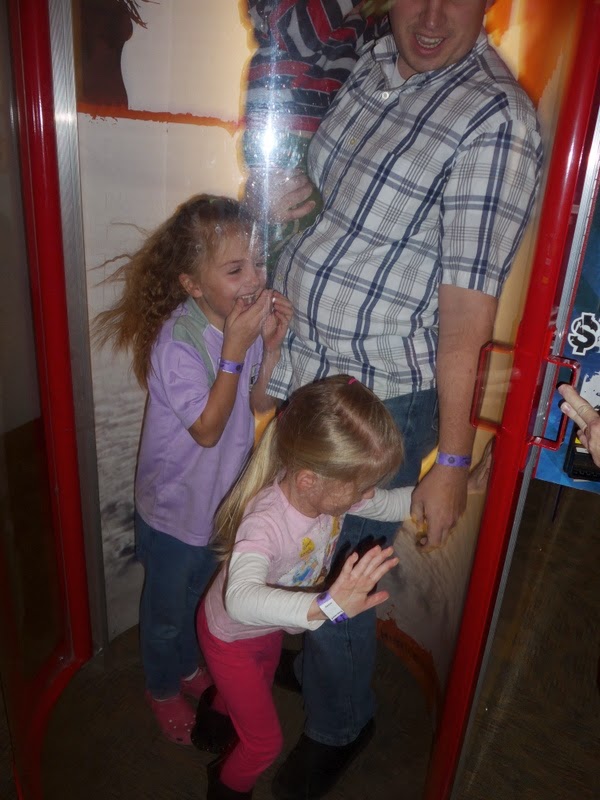 Benjamin was next to lose it. He was screaming right in Andrew's face but Andrew couldn't even hear him, the wind was that loud. Benjamin eventually got passed through the door as well. 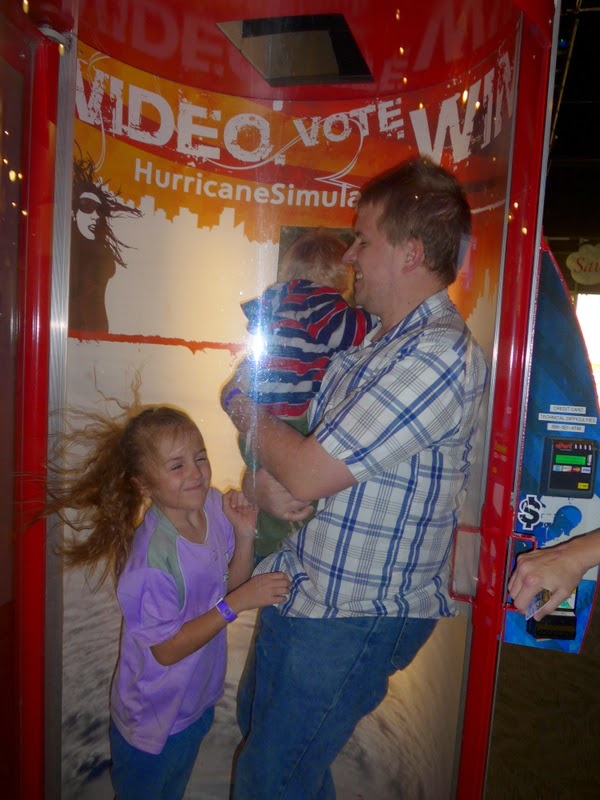 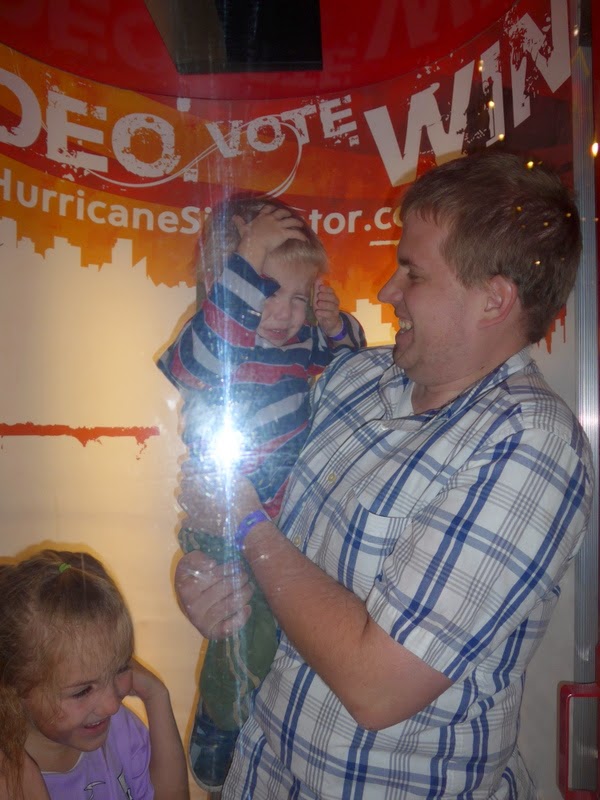 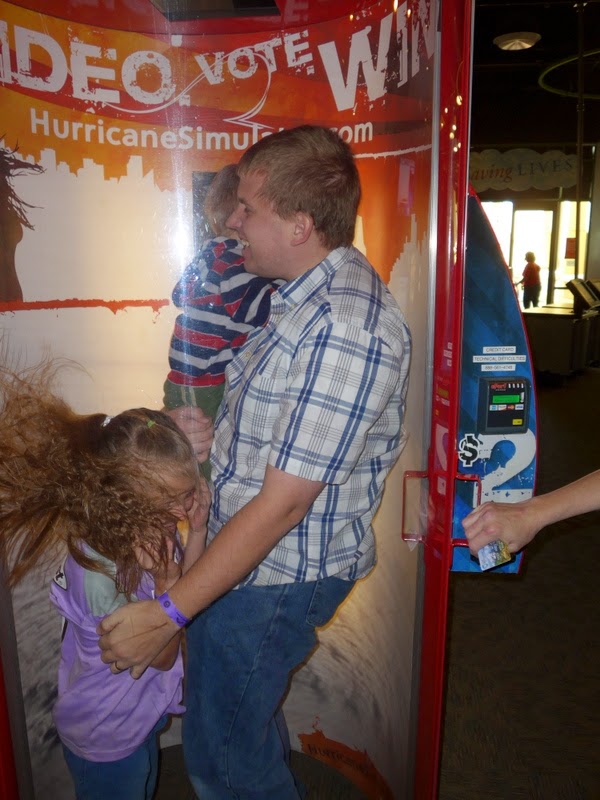 Rachel and Andrew stuck it out to the very end. They were both laughing. I should have taken a video (see how it says "video vote win" at the top--that was a hint that a video would have been a good idea but I didn't pick up on that) because it was quite hilarious to watch. 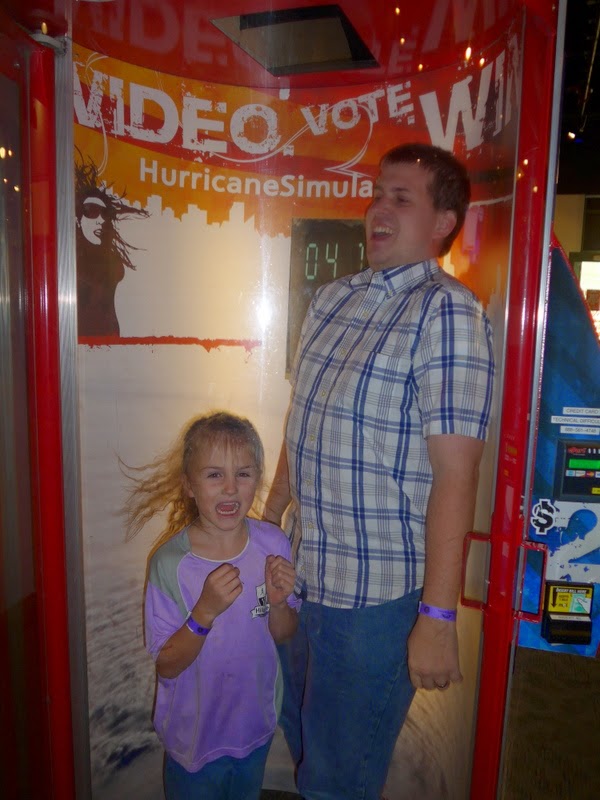 Benjamin acted skittish every time we passed the simulator after that. Poor boy.

We started home on the train, much to Benjamin's delight, but hopped off to admire the "candy windows." I can't remember what shop they're at but they're pretty amazing works of art--made entirely of candy. 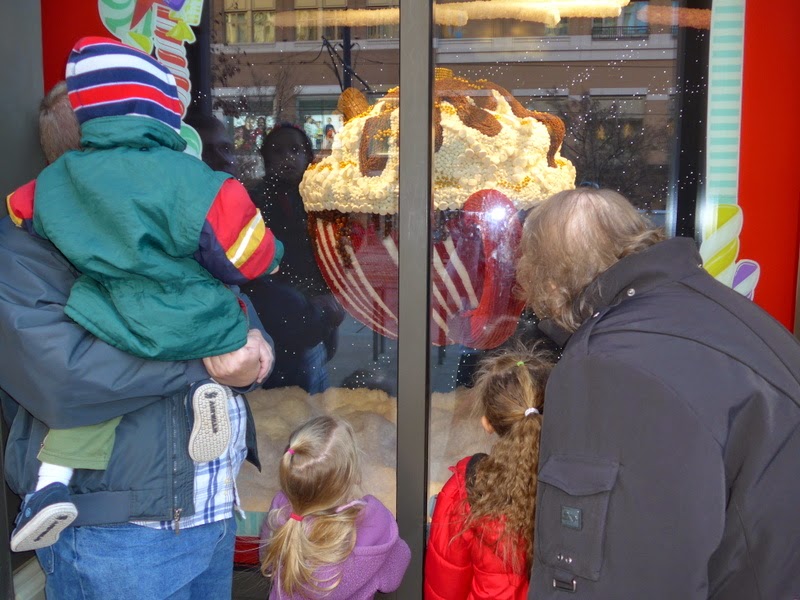 We hopped back on the train to finish our ride back to Grandma and Grandpa's house. 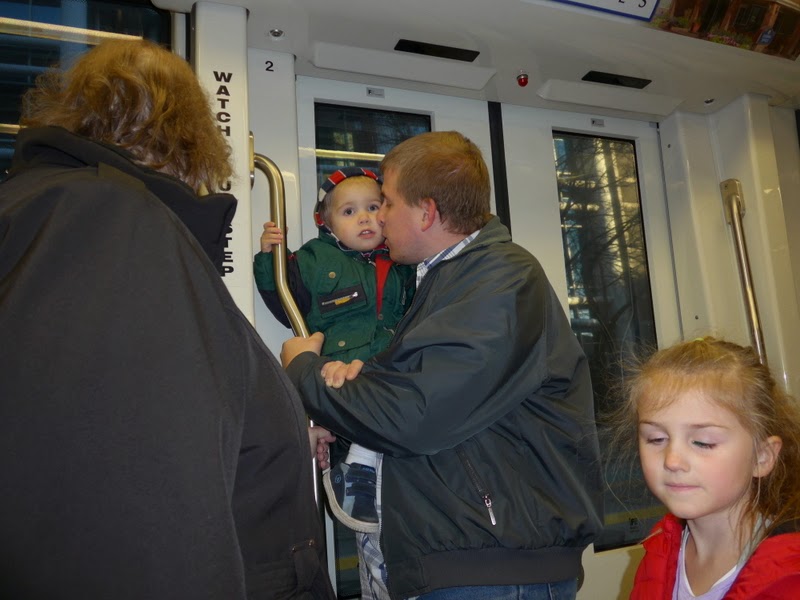 Benjamin was pretty exhausted from having skipped his nap, but he managed to keep himself entertained by looking out the window the entire ride. 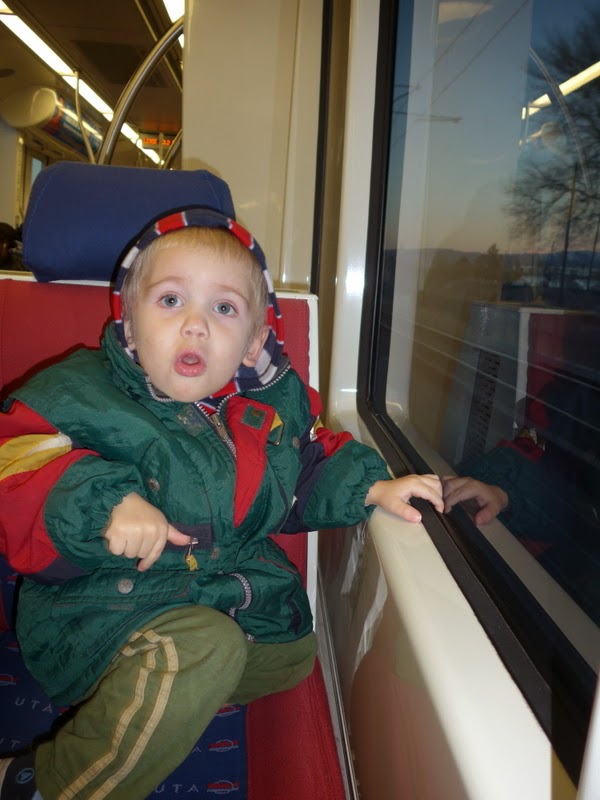