Adventure is out there

Winter has me feeling so bored that I haven't felt like I've had very much to write about (it's also been an insanely busy week; I've spent hours editing papers or helping with science fair projects that I guess I could have been writing), but then I saw these pictures on my computer and remembered that we actually left the house to do some adventuring this past week!

It got so warm, actually, that we even went on our first family walk of the year this week. We haven't managed to go on many (uhhh...any) because our schedule is kind of wonky this semester, with T/W/Th being a marathon of craziness. By the time Andrew gets home it's either hours past the kids' bedtime or late enough in the evening that it's too chilly to enjoy a walk outside (that isn't to say that we aren't ever walking, just that we haven't all been out walking together, which is the definition of a family walk). But we did manage a walk this week and, I suppose, we could count our Saturday outing as a walk as well.

We decided to hit up Patrick Dougherty's exhibit at BYU's Museum of Art. Dougherty is an artist from North Carolina whose work my little North Carolinian children know and love. In fact, they are huge fans of his! He is the man behind the twisted twiggy pathway in the Hideaway Woods at the Museum of Life and Science in Durham where my bigger kids spent many happy childhood hours.

It was fun to get to watch this exhibit take shape last semester (as we'd walk through the MOA on our way to organ lessons) and we figured it was high time we take the kids to visit it just for the sake of visiting. It was like a little taste of North Carolina, right here at BYU! The kids had so much fun playing a little hide-and-seek in the structures (and it was nice to have such a child-friendly exhibit at the museum).

Here are far too many pictures:

It was this day (Saturday, February 2, that Alexander seemed to decide that walking was really an okay thing. He kept squirming to be put down and was walking around holding hands with anybody that would hold his hand. And then he started pulling his hand out of our hands so that he could wander around on his own. He's still pretty wibbly-wobbly, but he's taking dozens of steps at a time, all on his own accord.

I really love Gabriel Dawe's rainbow installation in the atrium of the MOA. We're so lucky to have been at BYU while it was in place because it's gorgeous. Before this they had a weird mobile-thing that just didn't speak to me like the rainbow does. Dawe's installation is slated to be removed this year, it looks like, and I will be sad to see it go!

Anyway, back to the twigs... 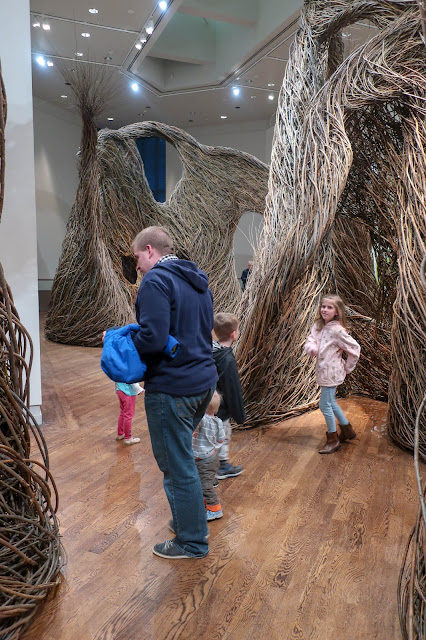 Dougherty's exhibit is nicely paired with some an exhibit by Danae Mattes. She captures the forces of nature on canvas—evaporation and erosion and things like that. It's pretty cool.


We also went downstairs to see the Pulizter prize exhibit that is on loan from the Newseum in DC. It was a sobering experience for the children to see so many horrors (and victories as well!) captured on film. They were aghast at the many atrocities that have gone on in the world. It's certainly a must-see exhibit, though it was a little dry for the younger three.

So...back to the Dougherty exhibit we went. 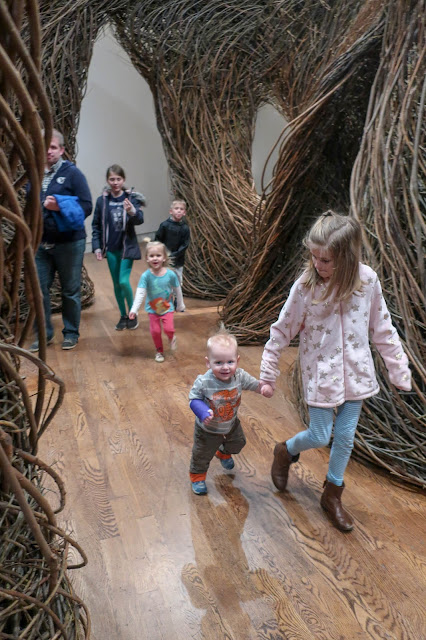 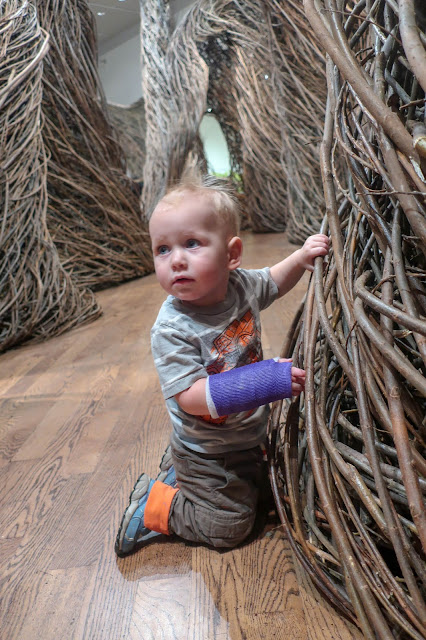 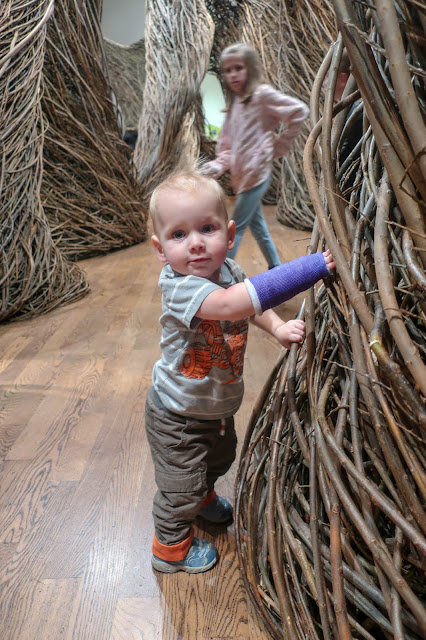 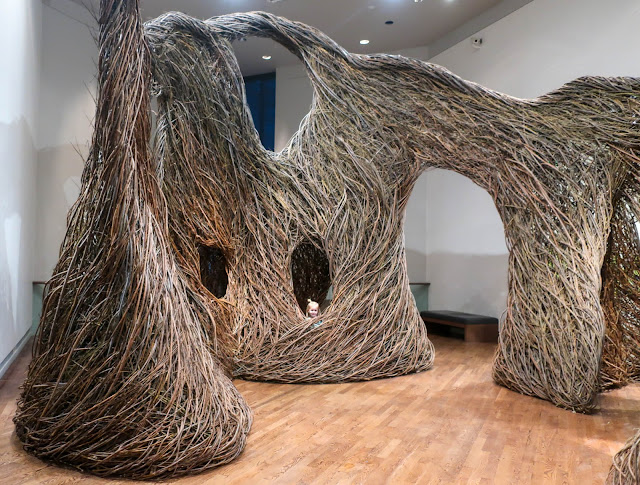 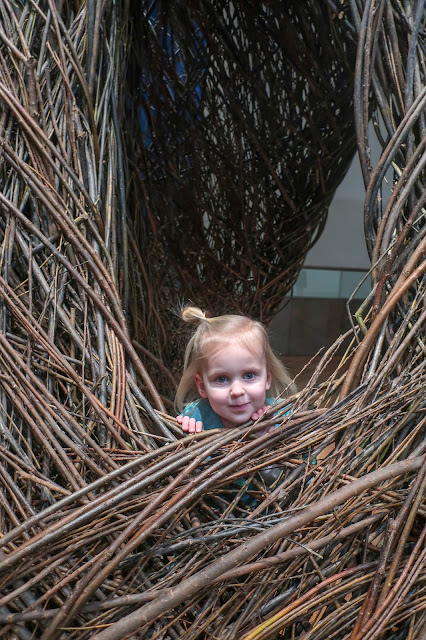 We topped off our evening with an all-you-can-eat dinner at the Cannon Center, followed by an all-the-books-you-can-carry trip to the HBLL. It was a wonderful outing!
Posted by Nancy at 12:49 PM