Today was our first official day back at the grindstone, which made for all sorts of chaos with it being Monday and an orchestra day at that. I think we managed to get our work done. I honestly haven't even looked at my lesson plan or clipboard to see if we did what I set out to do, but we were certainly working hard all day...or at least most of the day. We did take a break at the playground on our way home from orchestra.

Here's Zoë, a little monkey after my own heart: 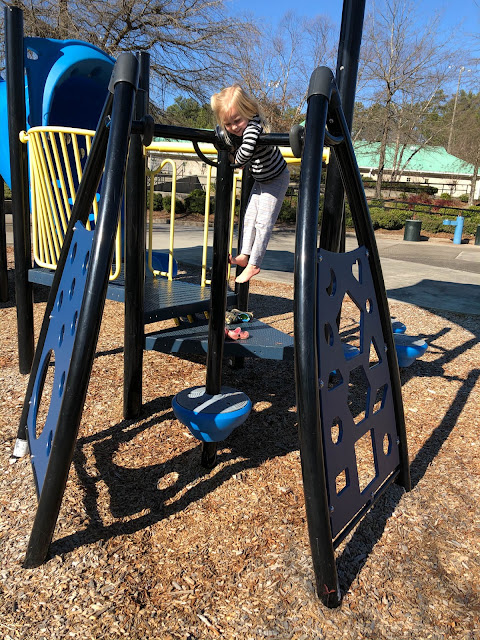 She's been working on her climbing skills and was rather excited when she made it to the top of this pole all by herself.

And here's Alexander swinging on some bars: 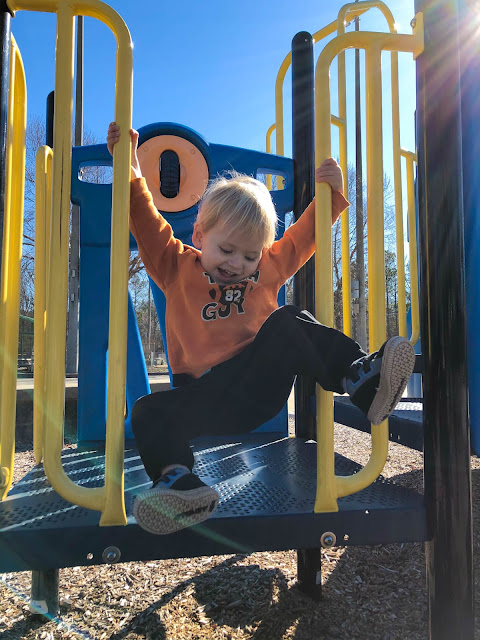 We had one scary moment at the playground when Benjamin was crawling around on the top of a tunnel and fell off. The tunnel is designed to look like a train so on either side of the tunnel was a bar with train wheels attached. I'm sure that technically the children aren't supposed to be climbing around the outside of the train, but that's the problem with playgrounds these days—they're too safe! Since they don't offer enough risk to children, the children are left to create their own risk and all the safety measures end up being for naught.

Bring back those wild playground maypoles that we had on the schoolyard growing up (though honestly how my elementary school got away with having one in the 1990s, I'll never know because it seems like they were popular decades before then) and I guarantee kids would use them as intended.

Anyway, he fell off the tunnel part—backwards—and landed with his back on the metal bar. 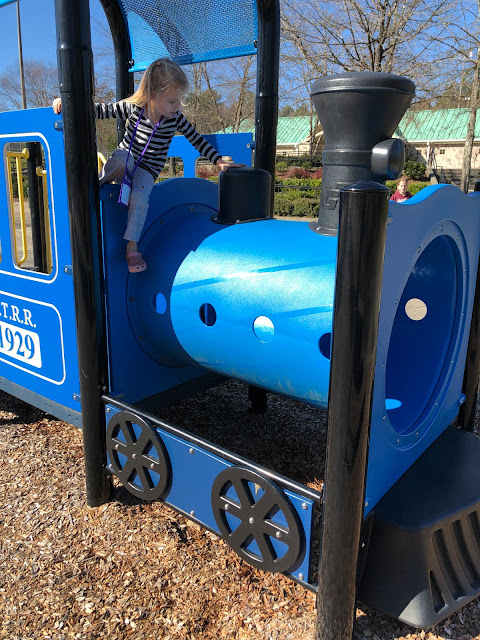 I was on the other side of the darn thing so I didn't quite see what happened. I just saw his head hit the ground and then his legs...but never his body...and I couldn't figure out what he'd done. So I ran over there and he was writhing around on the bar. I'm 95% sure he's okay (I just checked on him and he's still breathing) but it was pretty scary.

It slowed him down a bit, and he spent several minutes hunting rocks and mushrooms and things. Miriam also chose a quiet activity—building rock towers. We had an impromptu lesson on inuksuks (technically inunnguaq if in the form of a person), which Canadians both love and loathe. When we were talking about how they were used to aid in hunting, the kids remembered that such a technique was discussed at Head-Smashed-In Buffalo Jump (only there on the prairie they'd use sticks and things to make a sort of a scarecrow to keep the herd in a funnel formation, rather than the rocks they use out on the tundra). It was kind of fun to see them make a connection to something they had learned so long ago (not that it's incredibly long ago, but it's long enough ago that it's like 10% or more of their life in the past).

Here are the kids working on their little cairns/inuksuit: 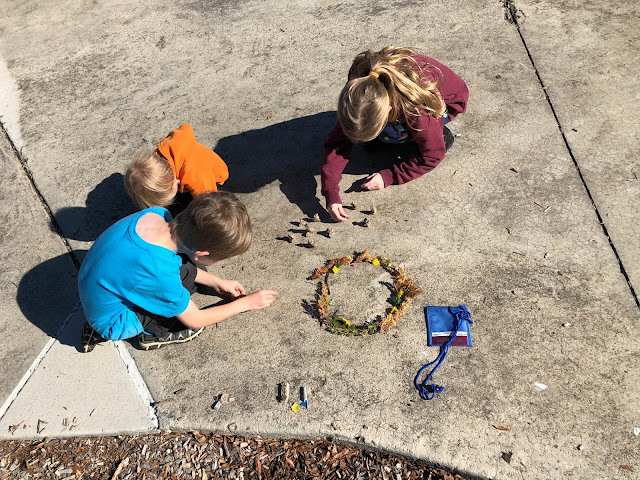 Here's Miriam's little inuksuit villiage (with her nature wreath spread round it): 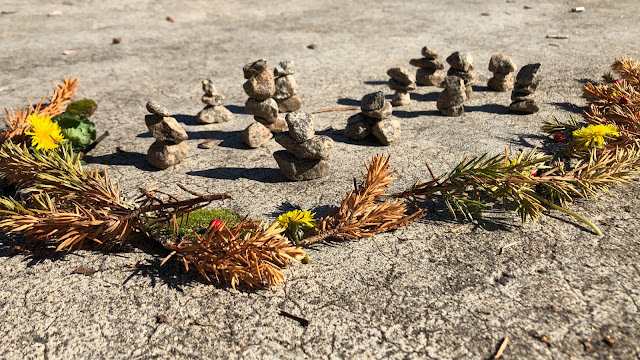 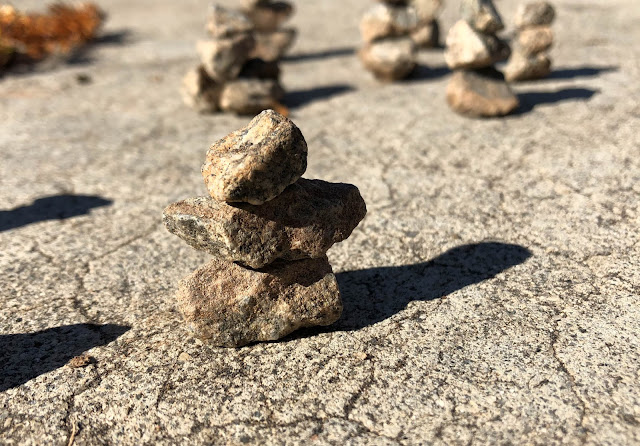 Both Miriam and Benjamin declared it a very calming activity. Trying to get the rocks to balance just right takes a lot of concentration.

I was just happy to finally have another beautiful day to enjoy outside again! Our new year started with such a deluge (we had days of solid rain) that I wondered if there wasn't a saying about such a thing, like how if March comes in like a lamb it goes out like a lion, but if the year comes in like a...

...in a hurricane it goes out like a zephyr.

That would be lovely.

Or perhaps it comes in like a fish in a barrel it goes out like a...needle in a haystack?

I don't know (because there's no saying that I'm aware of).

So here's a holly tree all bedecked with red berries: 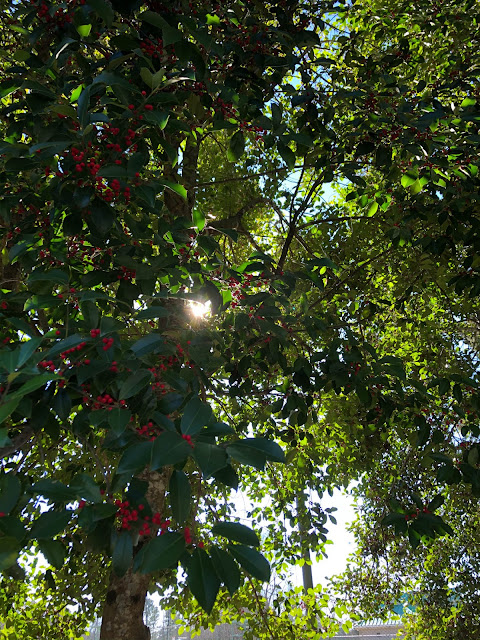 Miriam was disappointed to not find very much colour for her nature wreath, but she did have some holly berries and dandelions.

Dandelions in January! It's strange that that's a thing for us again (but I rather like it that way).
Posted by Nancy at 1:20 AM