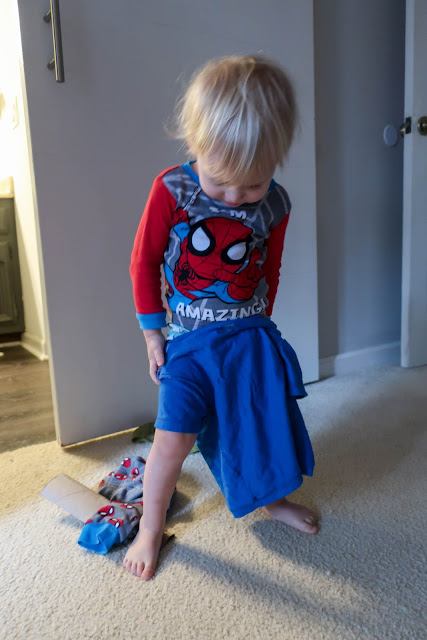 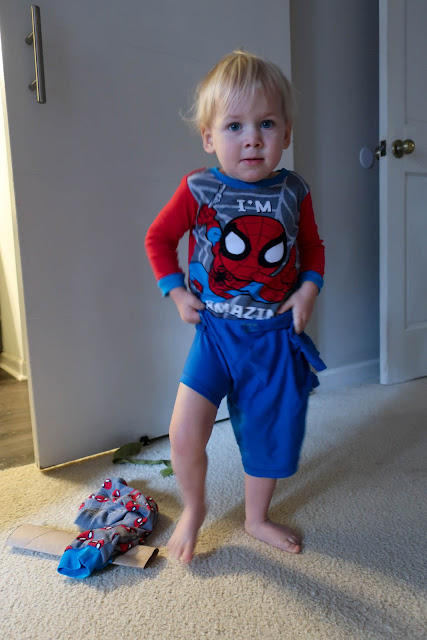 I told him that it was a good effort on his part and then offered to help him a little bit because he had things backwards and inside out and on the wrong half of his body. I just needed to make a few small changes... 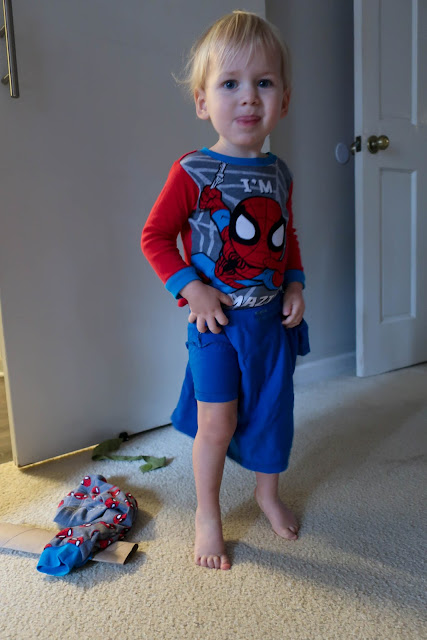 He accepted my help and when the kids saw what shirt he picked out they all decided to match him (because they can because my mom sent them all matching shirts for Christmas (even Rachel, who is morally opposed to matching)).

Here they all are (minus Rachel, who was at school), sitting on the stairs ready to head out for the day: 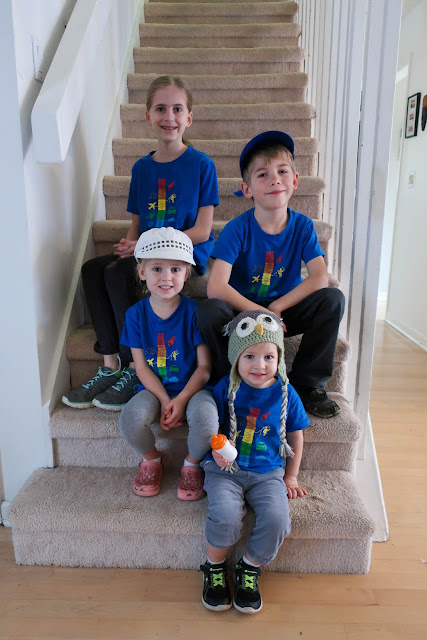 Of course, they all put sweaters on before we left, which kind of undid all their coordination efforts, but I suppose the important thing is that they knew that inside they matched. 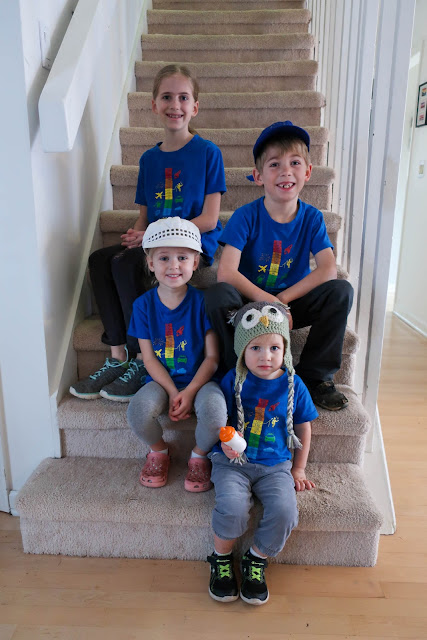 At first Benjamin tried to put his sweater on inside out and upside down (he's related to Alexander, what can I say?) so I informed him that the reason he was struggling so much was because his sweater was upside down. He thanked me, turned it the right way up and proceeded to put it on inside out. I let that one go because you have to pick your battles.

Here's Miriam grabbing Zoë and Benjamin for a group hug: 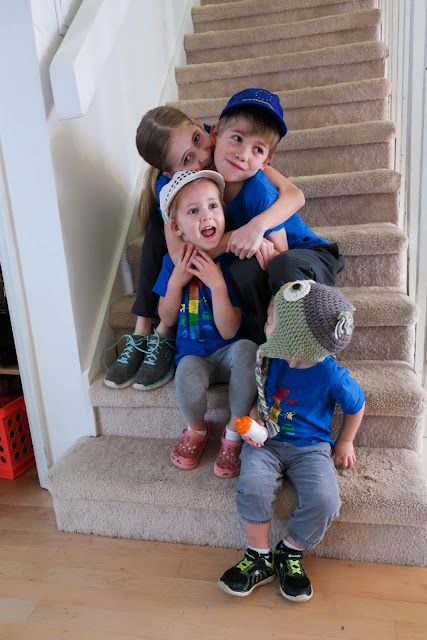 Here's Alexander hugging himself when he noticed that he'd been left out of the group hug: 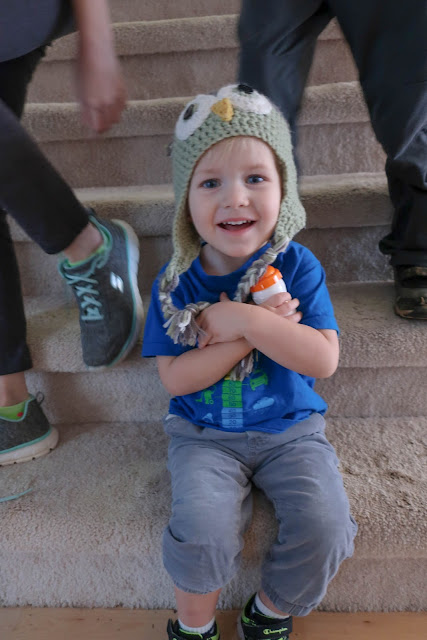 And here's Benjamin giving him a little extra love since he was obviously feeling left out (even though he wasn't sad about being left out and was creating his own bubble of joy in his self-hug): 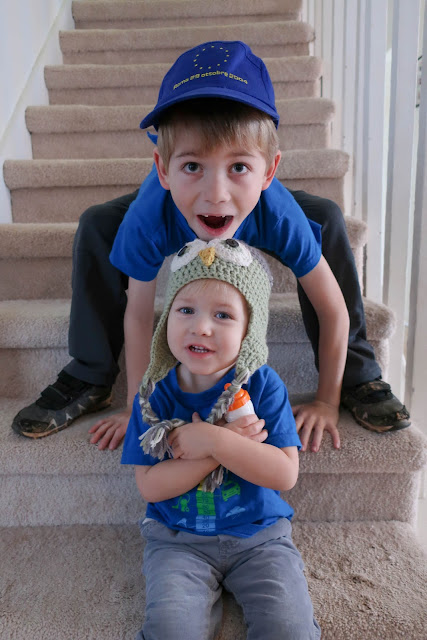 They're sweet little kids, even if they don't know the ins and outs and ups and downs and fronts and backs of getting dressed...
Posted by Nancy at 1:04 AM