I finished knitting Miriam’s stocking while Grandma was in South Africa (using the knifty knitter loom since I don’t actually know how to knit). Now all I have left to do by Christmas is embroider her name on it. That’s going to take forever—so long that by the end of it I’ll probably be wishing we had named Miriam a much shorter name, like Sue or Jill or Liz. 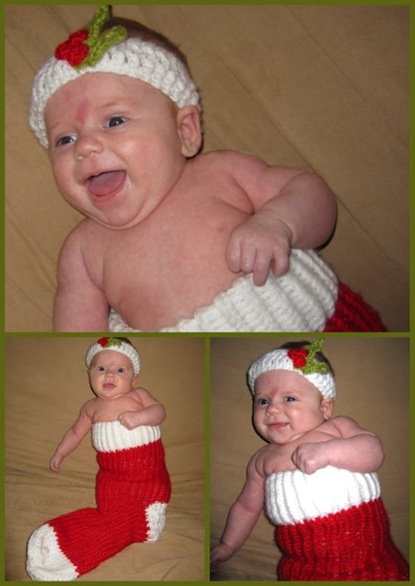 Miriam is so bald in front that I feel like I need to feminize her bald head somehow. I had Rachel’s hair in barrettes by this age—her hair was so long I had to clip it out of her eyes. Miriam has a lot of hair, it’s just all in the back…so we pretty up the front in other ways. So because I don’t have many headbands to pass down from Rachel’s babyhood (due to her need for barrettes) and since I had so much yarn left over, I decided to make matching Christmas headbands for the girls. I think they turned out pretty cute, for my first try. 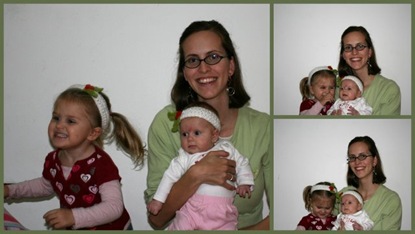