On St. Patrick's Day we hunted for Leprechaun gold in the backyard. Grandma had given us a little St. Patrick's Day basket she made and it had about five gold coins in it so I just took those and hid them and then convinced Rachel that I saw a Leprechaun drop some gold.
When we went outside to find it, Miriam was all over the searching part. She found a piece of gold right away, while Rachel was still twirling around in a bewildered state. 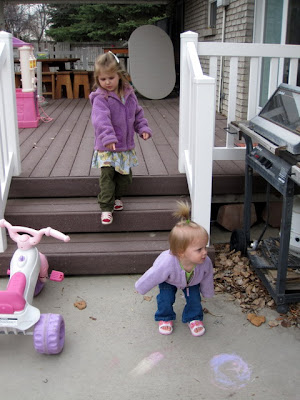 Once Rachel noticed that Miriam had found something she came and snatched it away from her. 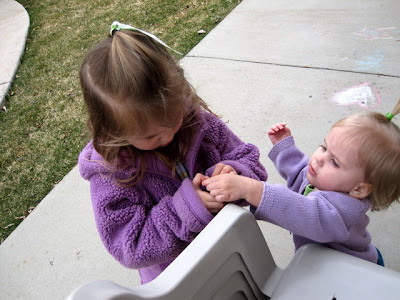 A fight broke out and eventually Miriam won because I made Rachel give it back (it was that or she'd be sent back into the house without finding any gold while Miriam hunted for the rest of it). 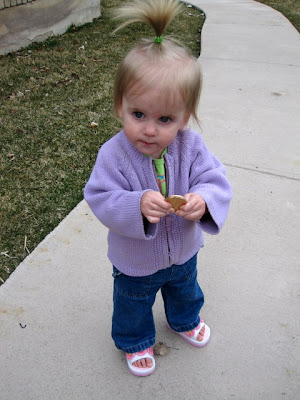 Once she had it back in her hands, Miriam decided to test whether her gold was real or not. 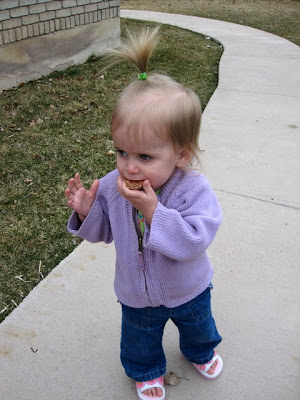 Much to her delight, the gold was not real. It was chocolate, which she thought was better than gold. 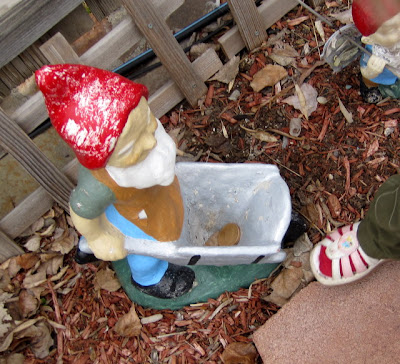 After I hinted to Rachel that the Leprechaun might have been visiting the gnomes, she found a piece of her own. 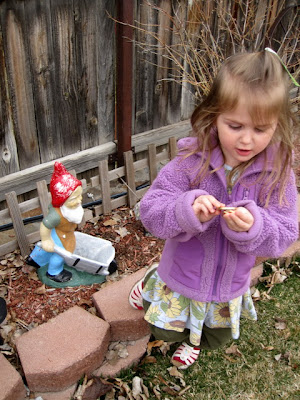 The girls had fun, I think, and Rachel was really convinced that a Leprechaun dropped the gold. She said she needed a pot to put them in so that she could save them for the Leprechaun, otherwise he might get mad. Also, if he came to get the gold he'd probably give her a wish.

Apparently they read a couple of stories about Leprechauns at school that day.

Poor Grandma has had pneumonia. She and Miriam had a little rest together after all the excitement of the afternoon—Miriam skipped her morning nap and then we had friends over in the afternoon and then a gold hunt and she was too tuckered out to wait for dinner or bedtime. 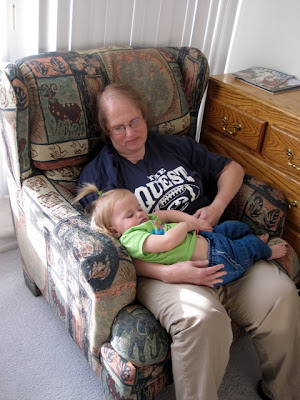 Ever since I got a snuggie for Christmas, Rachel has been asking for me to look for a pink snuggie that's maybe a little smaller, "like, so that it could fit a kid." Well, Grandma found one online for a good price and surprised Rachel with it. Rachel was beyond excited. She ran with it down the hall to me, screaming, "I GOT A PINK 'NUGGIE!" 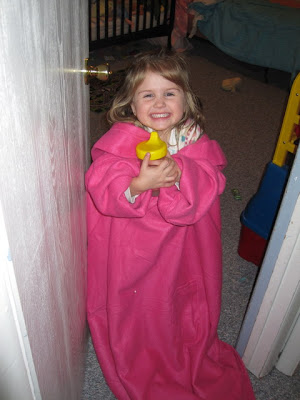 It's been a bedtime staple since.
After church we have lunch and then we have quiet time. This is what Rachel did before she went over to my parents to watch The Aristocrats with my dad: 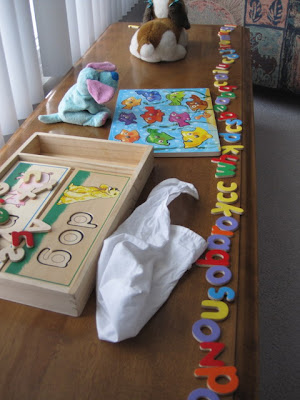 We are still working on the alphabet. Obviously.
Posted by Nancy at 6:28 PM