This weekend we spent a lot of time talking about Uncle Jacob. During the Saturday afternoon session, Elder Anderson gave a talk about children and families. In his talk he mentioned the mission president of the Lima, Peru. He and his wife had been married for twenty-five years without children before they were able to adopt two little children. That's Jacob's mission president!
Uncle Jacob wrote home today and after we read his letter Rachel wanted to write a letter back to him. 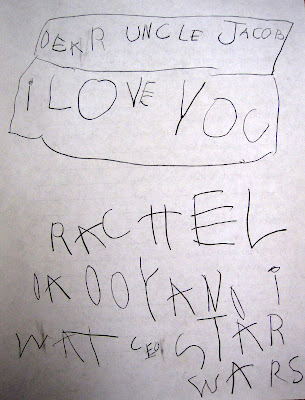 Dear Uncle Jacob
I love you
Rachel
Daddy and I watched Star Wars
After she wrote that letter she wanted to take some pictures to send to Uncle Jacob. 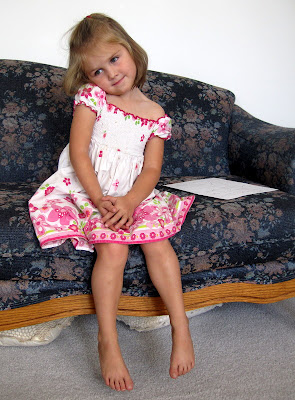 She was so proud of her letter and asked how we were going to get it into the computer to send it to him. "Will we just open it up and put it inside and it will go?" Not quite. 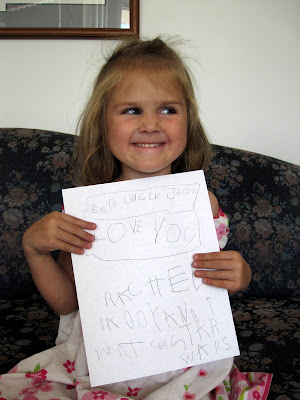 This picture is from earlier today but Rachel wants to be sure Uncle Jacob gets it, too. She and Miriam were pretending the stairs on the deck were bunk beds. Before I took the picture, though, Miriam decided to get off her bunk and climb up the stairs. 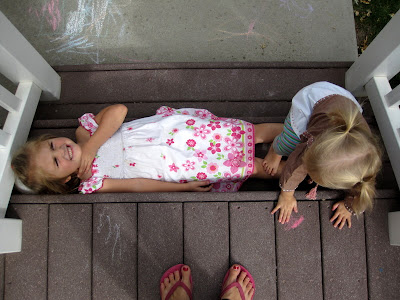 I can't believe Jacob only has ten months left on his mission! How time flies!
Posted by Nancy at 4:00 PM