We had our first harvest from the garden this week—a handful of yummy radishes! 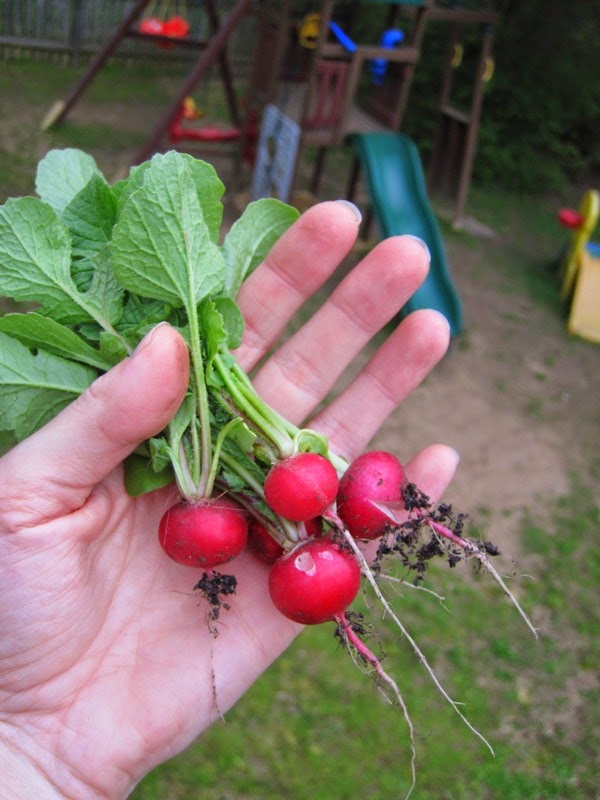 They were supposed to be ready about a month ago but it was so cold that they just wouldn't grow. They're nice and big now.


I can't even remember when the last time is that I had a radish. Andrew hates them. He says they taste like dirt. He also says beets taste like dirt. I'm kind of starting to think he doesn't know what dirt tastes like because beets and radishes don't taste anything alike, in my opinion.

So far I've converted Miriam to the joy of radishes. Rachel and Benjamin remain unconvinced of their merits.

In other gardening news we have poison ivy growing in our barrel of strawberries. I'm not very happy about this. Also, we just realized that strawberry plants grow leaves in sets of three. So, I suppose it's either "leaves of three, let it be" or "leaves of three, please eat me!" 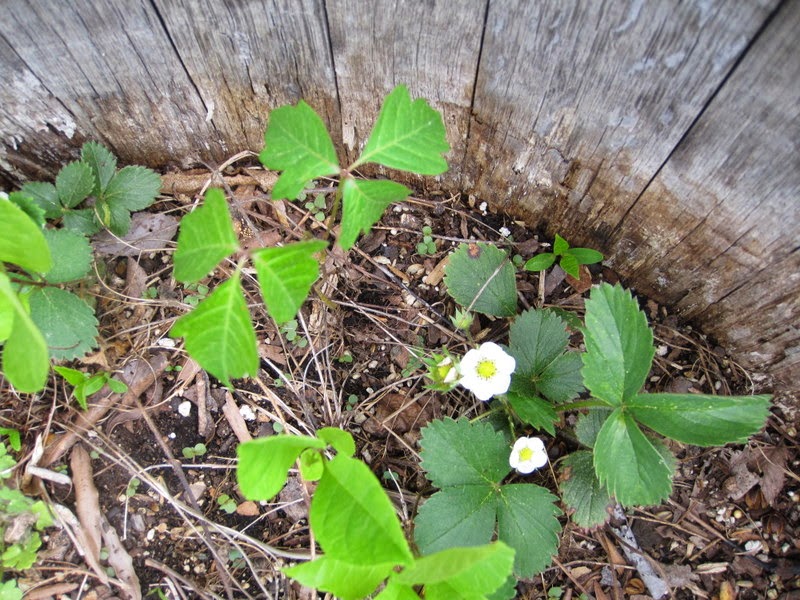 My poor children were so confused while we were trying to identify all the poison ivy in the backyard (for future termination). We have wild strawberries growing everywhere. We have poison ivy popping up all along the back fence—young shoots with shiny, red leaves and older, duller green plants as well.

And then there's the virginia creeper, which spits out shiny, waxy, red young leaves, just like poison ivy—but their leaves grow in groups of five.

I think my girls are pretty good at identifying all three weeds now, even if learning about poison ivy did happen to give Miriam terrible nightmares last night.

Seriously though—poison ivy in the strawberries? I was not impressed to stumble upon this and lamented to Andrew about it.

"How'd it get there in the first place?" he asked.

"My guess is that somebody ate some poison ivy berries and then pooped a poison ivy seed into our strawberries," I said in a somewhat accusatory tone.

I'd wager it was a mouse or a bird or other woodland creature since humans don't usually seek out poison ivy berries...
Posted by Nancy at 1:42 PM