Someday her (frog) prince will come

Did I mention I was obsessed with these frogs? I'm not the only one. Miriam—of all people—caught one and held it today while her self-proclaimed tom-boy sister stood by and watched, too afraid to try.

Miriam, who can't venture outdoors without putting on her "magic bracelet." Miriam, who loves doing her hair and playing princesses. Miriam, who...okay, maybe the whole princess thing works in her favour. Perhaps she thinks she'll find her prince this way. 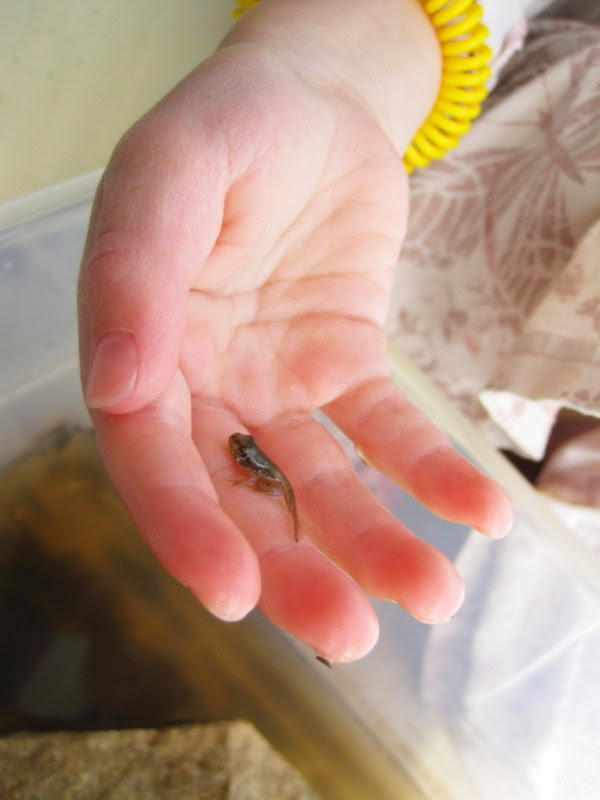 That was actually the other funny story!

A couple of days ago, Andrew was putting a jacket on Benjamin. He looked at the tag and noted it was size 3–6 months (Benjamin's coming up on his second birthday, just for the record).

"Three to six months!" Andrew exclaimed. "Benjamin! When are you going to outgrow this? Your cousin Gavin could wear this!"

"Benjamin's not his cousin; he's his uncle," Rachel said, matter-of-factly.

"No, Benjamin is his cousin," I corrected. "Benjamin won't be an uncle until you or Miriam have children."

"That will be me! I'll have children first because I'm oldest," Rachel said.

"Not necessarily," I pointed out. "I have children and Uncle David does not, but I'm younger than Uncle David."

"That's because he's not married," Rachel said. "But I'll be getting married before Miriam."

"Because Miriam said she was only going to marry a prince. Do you know how hard it is to find a prince to marry? I'm just going to marry some guy, so I'll be the first one to have kids."

So, here's Miriam searching for a frog prince to marry. 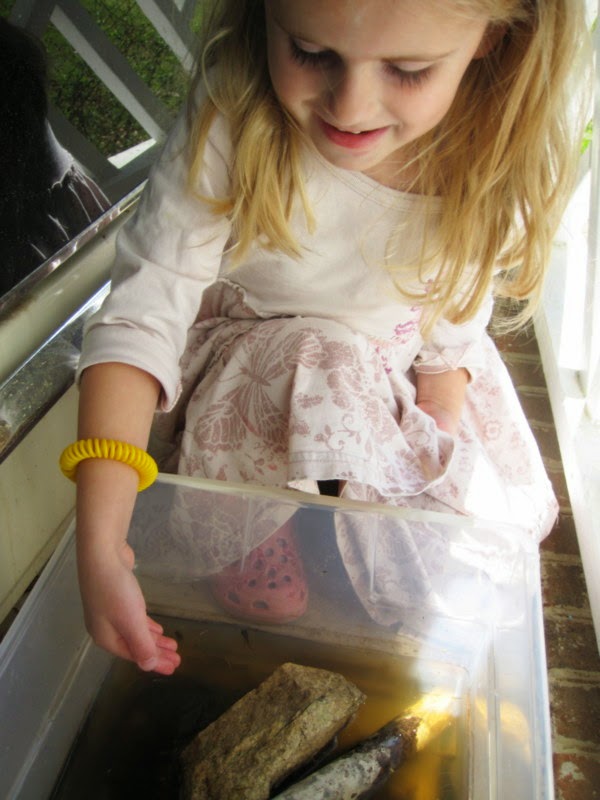 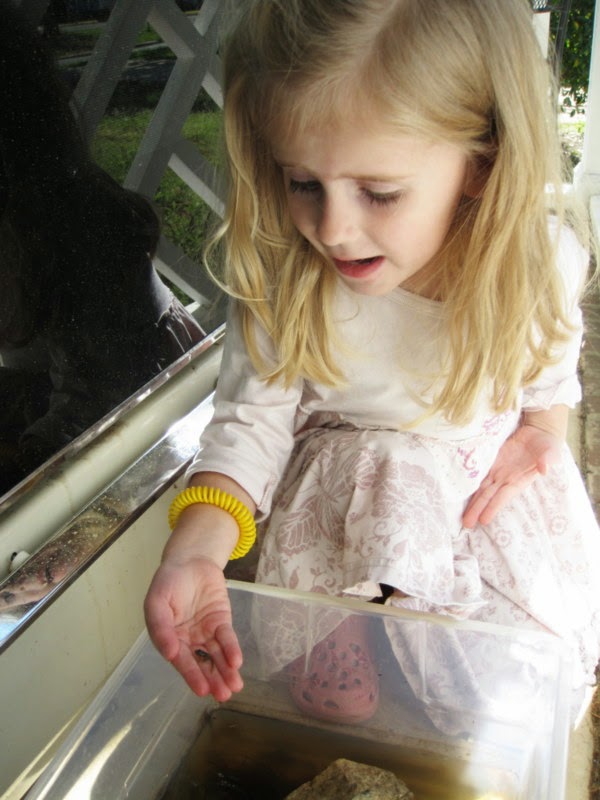 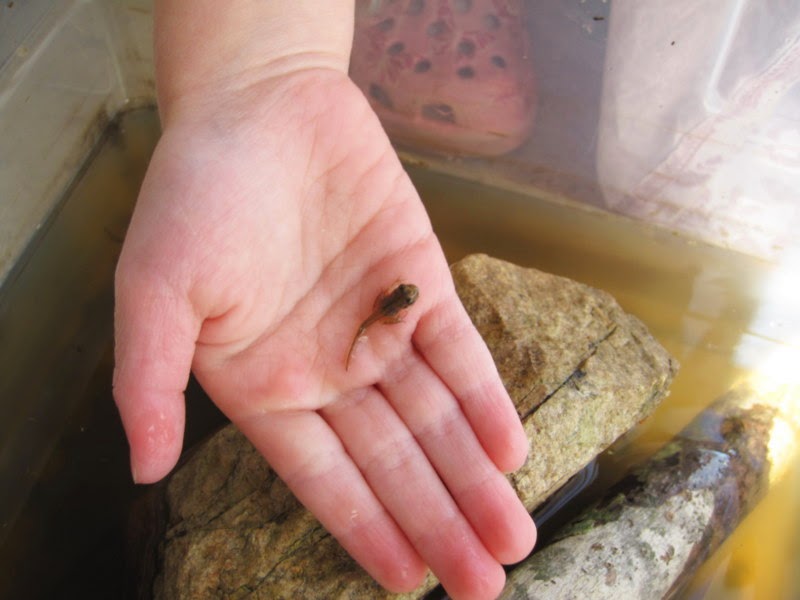 But he hopped away! 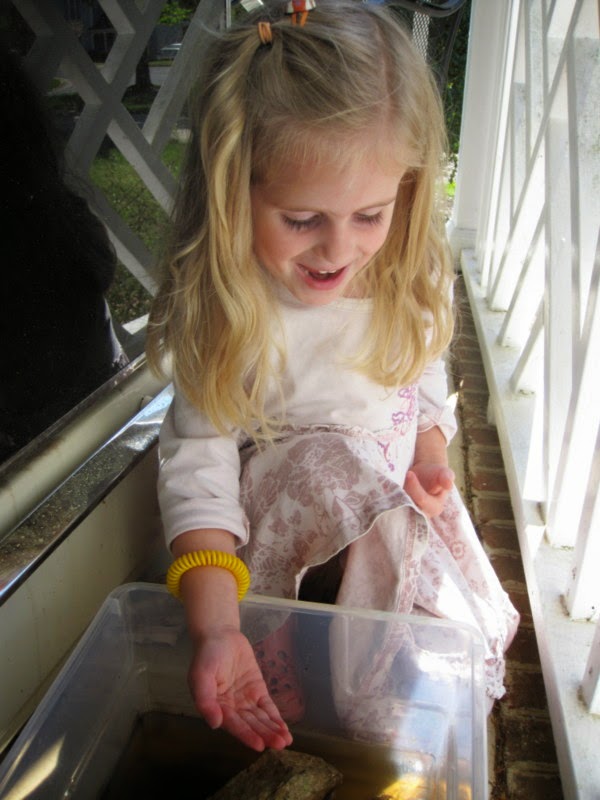 (She just read that as I typed it. It's still kind of weird that she can read so well.)
Posted by Nancy at 4:26 PM