We went outside this afternoon to do some work in the garden (mixing in some compost to the soil and such). Benjamin collected a entire "museum" of snails in a jar (he probably found a dozen or so) while I weeded and tilled. Zoë watched everything with interest from her rocking horse.

When we'd finished what we'd set out to do I let Zoë get down from her high horse and we played around. Benjamin practiced pumping his legs on the swing and both kids had a few turns sliding before Zoë decided what she wanted to do most was explore on her own and Benjamin decided he wanted to try to ride his bike. 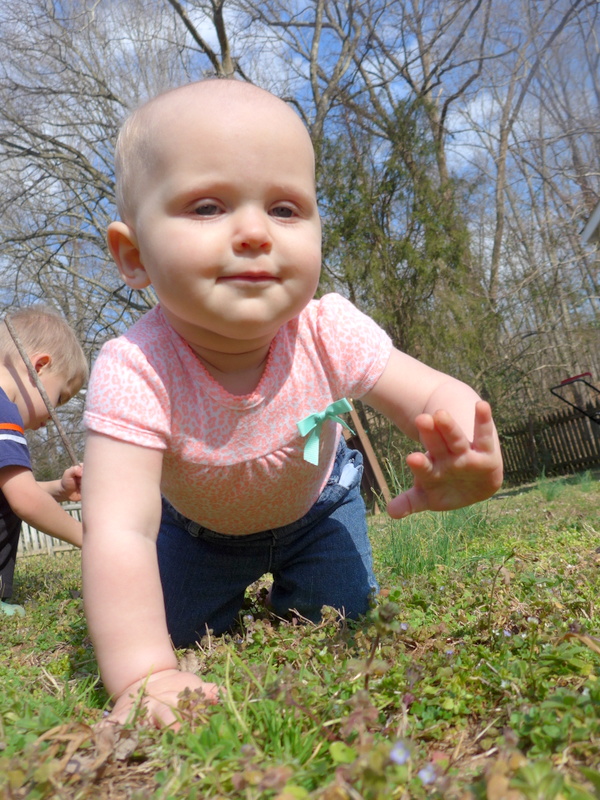 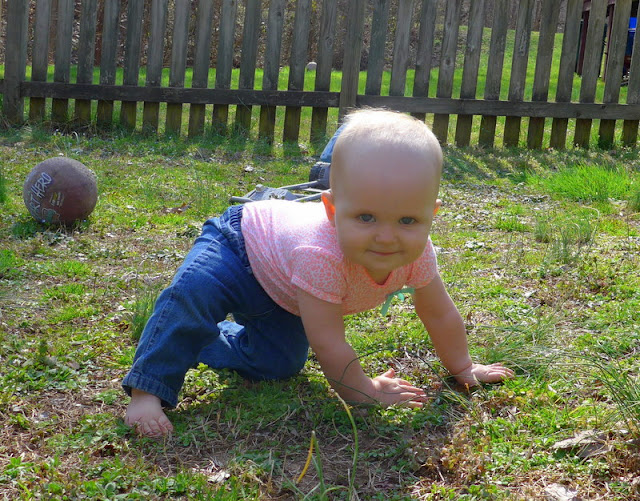 And here she is being a stick connoisseur: 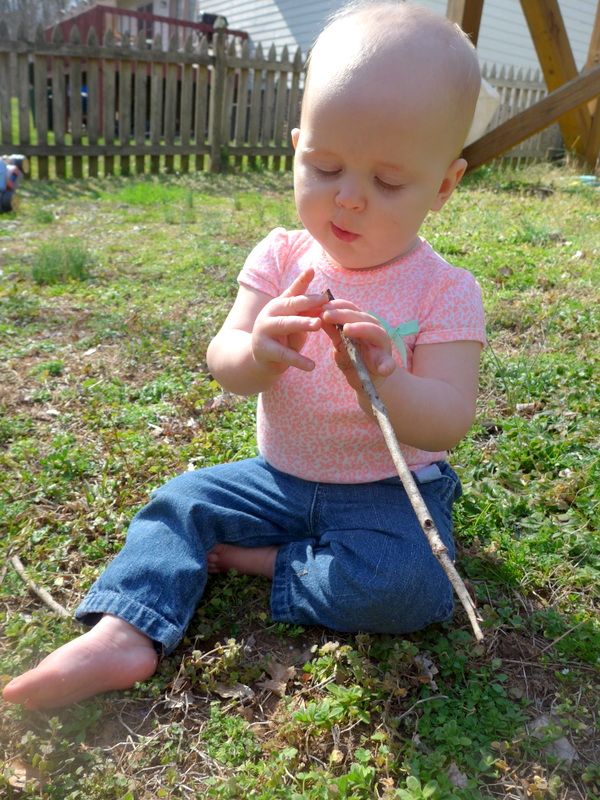 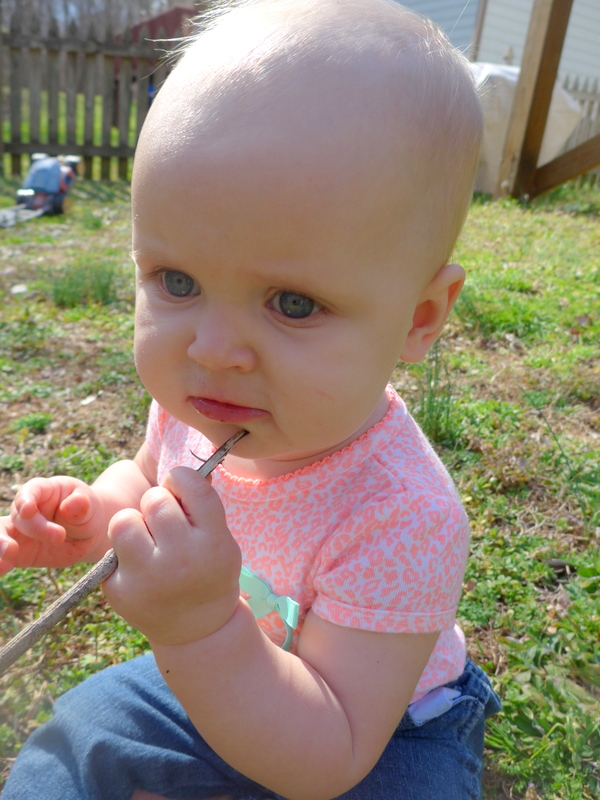 Here is Benjamin telling me a really good idea he just had: 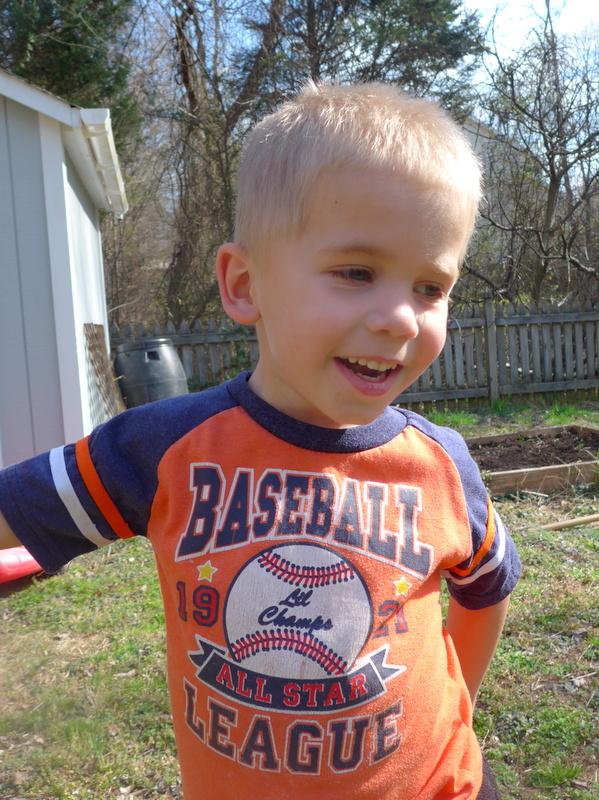 And here he is trying to balance on his bike while ever so slowly creeping down the hill: 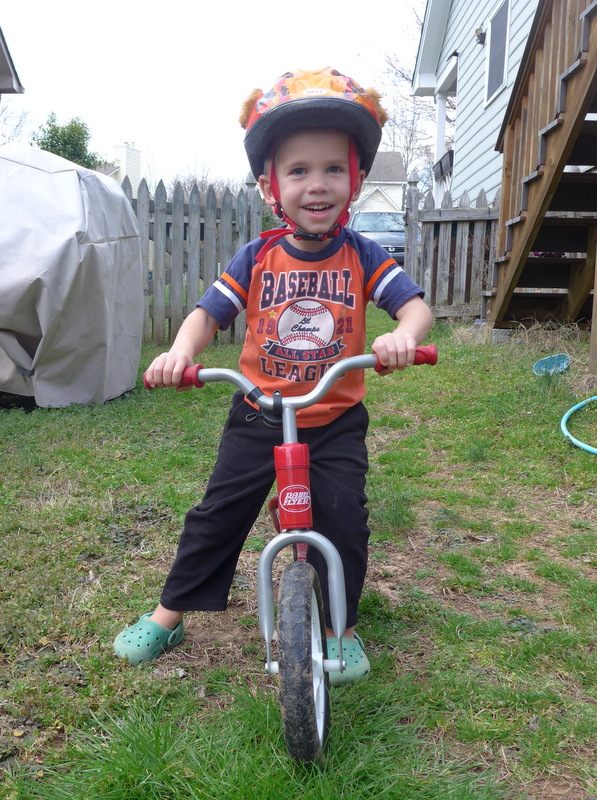 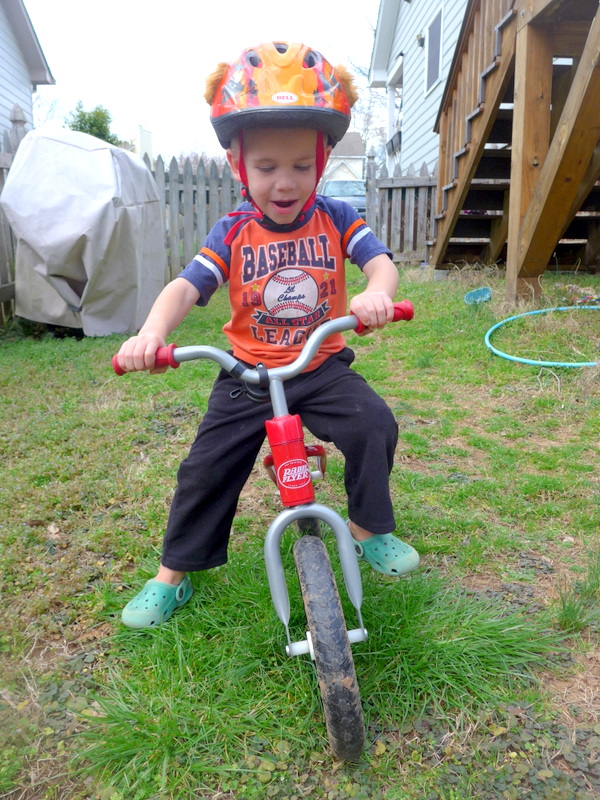 Somehow I've got to get him and Miriam to actually try riding their bikes. Both of them think I'm crazy for even suggesting they lift up their feet and glide. I don't even know what to do because where Rachel was so determined to learn a bike, Miriam's all, "Meh. If I don't learn to ride a bike then I don't learn to ride a bike." Yet then gets upset when I let Rachel ride her bike to the park and make Miriam walk (because I don't want to end up pushing her bike for her (which is totally what would happen if I let her ride it because she hasn't put in the time required to learn how to ride)).