I had a series of Zoë stories lined up to share, one of which is how she found a toilet paper roll and put it on her arm like a cast (because she might be a teensy bit jealous/curious about her brother's cast). But instead of telling you about her cuteness I'm only going to share pictures of her with her cardboard cast and complain about the healthcare industry a little bit. 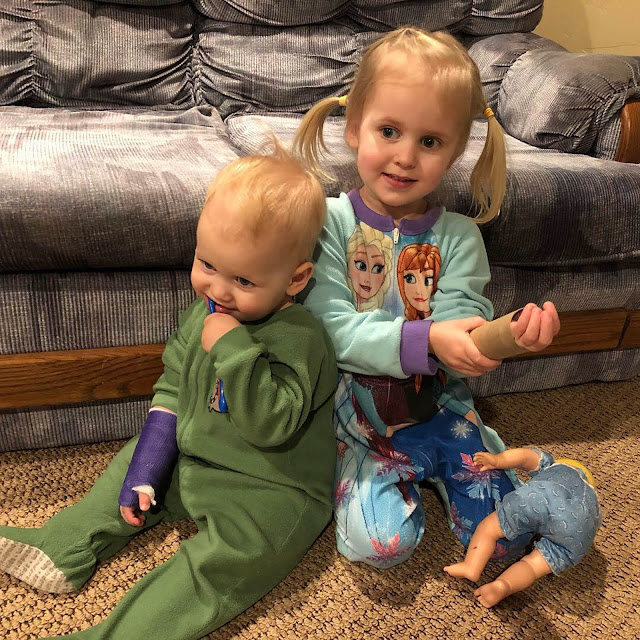 Because I joked to Andrew that we could have saved a lot of money by just sticking a toilet paper roll on Alexander's broken arm (like, why didn't we think of that?!). 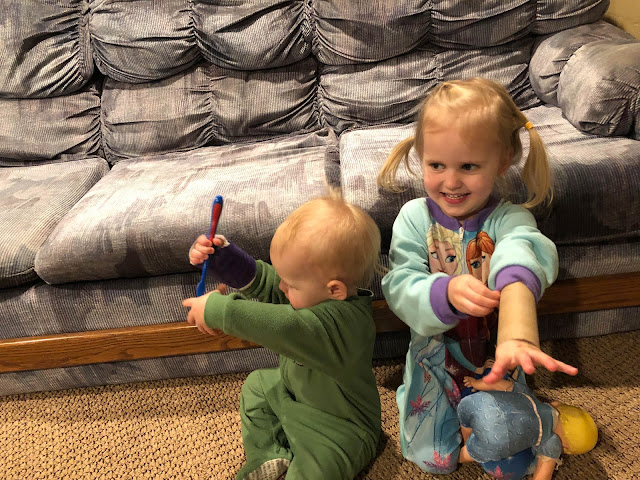 Andrew replied, "What do you mean? We have insurance." 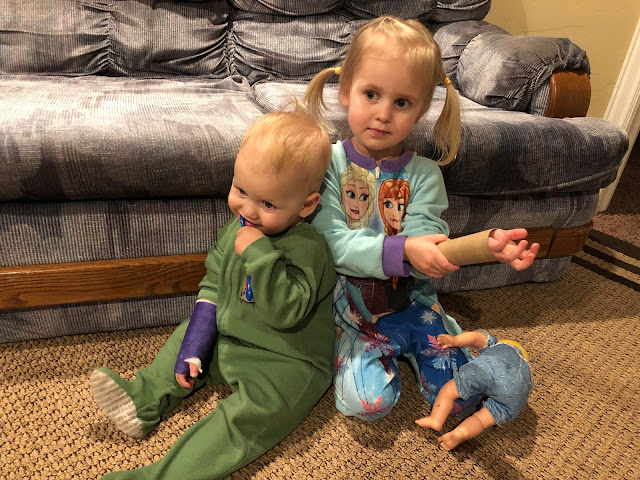 That is a fair point, and I'm absolutely thankful for the insurance we have.

But also I just got the bill for Alexander's arm and let's just say that I still think the toilet paper route isn't a bad idea. This broken arm will end up costing us several hundred dollars out of pocket by the time we're finished. But, you know, at least it's not thousands. I guess.

This is not a sustainable system, guys.
Posted by Nancy at 2:38 AM