Nights at the Museum

On Friday night Rachel went to a sleepover and the rest of us were itching for something to do so we headed to BYU for their "Nights at the Museum" activity. I wasn't quite sure what to expect, other than knowing that the museums were open extra late, but when we arrived we were handed a paper with a scavenger hunt of sorts. The employee gave us the hook—that if we finished the scavenger hunt by visiting all five museums we would win a water bottle—and the kids (Benjamin, especially) were sold.

Our first museum was the Museum of Peoples and Cultures. In addition to the regular exhibit they also had the back of the museum open and had booths set up with students exhibiting their work. One of the exhibits was on Nabatean pottery from Petra—they have some of the thinnest pottery found in the world and no one quite knows how they were able to make it so thin. It was kind of fun to get to talk with the students about pottery after reading Uncle Patrick's paper on pottery.

Next we hit up the Paleontology Museum, which was by far Alexander's favourite. We really need to take him back there when it's a little less crowded (and a little less past his bed time). 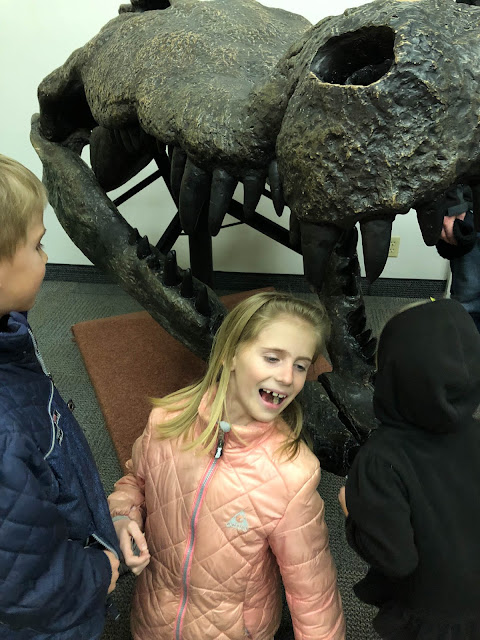 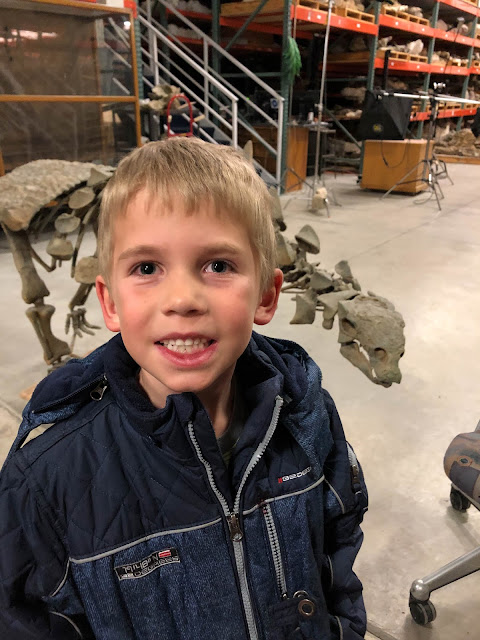 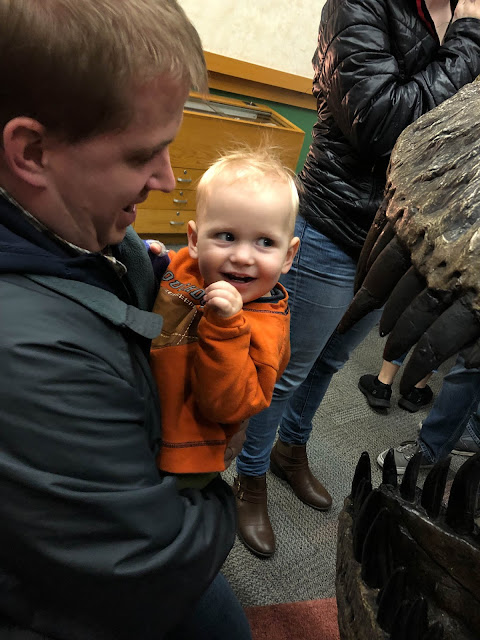 Andrew kept pretending to feed him to dinosaurs, which was rather entertaining:

They also had the back section open and we were able to wander around to see where they do the real work of the museum.

When we were finished our tour, Andrew announced that it was time to go home. This announcement was met with much protestation! We only had three museums left to go and we Benjamin needed that water bottle! Eventually the kids were able to convince Daddy that we should visit all the museums before going home, promising good behaviour and zippy tours.

We decided we'd head to the Education in Zion museum, then to the Museum of Art, before hitting the Bean Museum, which we knew was one that would slow us down significantly.

The Education museum really wouldn't have taken us long (because it doesn't have the same kid-appeal as the other museums—especially because we couldn't find the snack they purportedly should have been offering (the Museum of Peoples and Cultures offered virgin Shirley Temples and an assortment of cookies/crackers, the Paleontology Museum had fruit and vegetable trays, the Art Museum had ginormous rice krispie treats, and the Bean Museum had long johns/cougar tails/maple bars but we didn't see a crumb of food at the Education Museum, not that that was a bad thing because we had ample opportunity to stuff ourselves with other things elsewhere)) but we couldn't figure out the blasted clue!

Eventually we did, though, and then we ran over to the MOA for a quick picture in front of Dougherty's exhibit. Since we'd been to the museum recently we didn't spend much time there, but we did stop by the front desk for a sticker. Solving their riddle was easy—we just had to tell them which of Doughtery's previous work was our favourite (we asked if his installment at the Museum of Life and Science in Durham counted and it did)! 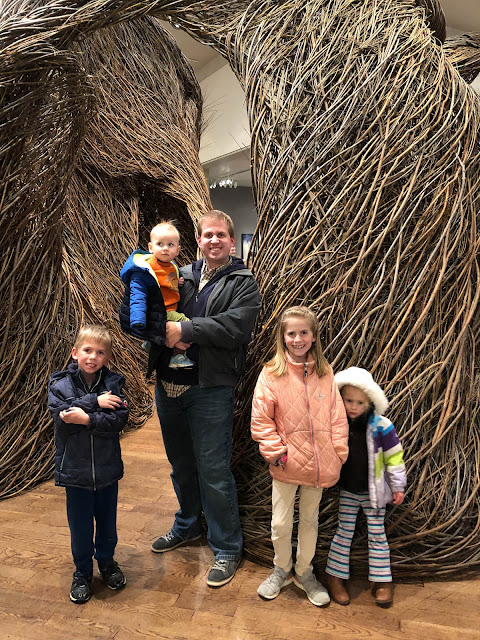 The kids (at least the little ones) were really rather worn out by the time we hit the Bean Museum. Even Alexander didn't seem that interested in the animals, so we'll have to take them back again soon...in the daytime.

But it was fun to experience the museums at night and the kids were thrilled to win their water bottles! 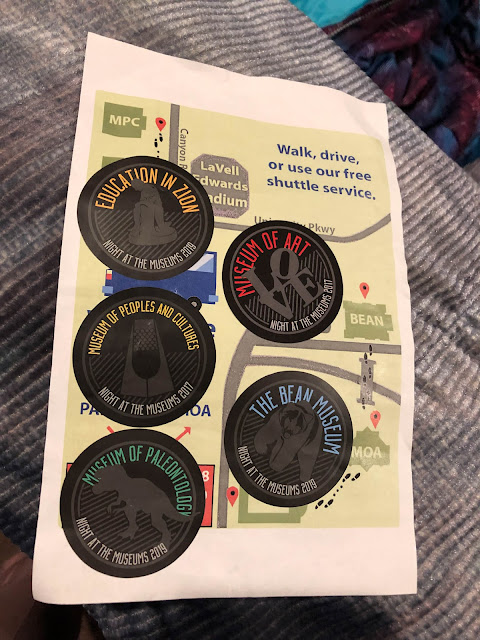