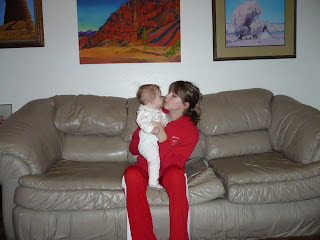 We spent a wonderful afternoon with my side of the family. My family opened their gifts on the twenty third this year--they didn't want to do gifts with my sister Kelli there, not because they would mind "doing" Christmas with her, it's just that Kelli already "did" Christmas with her children so there would be no gifts for Kelli or her twins to open and that would just be awkward. Josie got the game of Life so we played that. I had a hard time. First I couldn't go to school because there wasn't enough money for the bank to loan out. Instead I became a police officer, which wasn't bad, but then I lost my job. I became a mechanic. Then I had a baby and apparently my dead-beat husband didn't contribute any income. I then had another baby and put myself through school. I became a doctor and retired rich. So the game didn't end all that badly, even though I didn't win. David won. He always wins.

Andrew and I tied, exactly. The came Patrick, the poor school teacher. And Josie, who quit mid-game, probably would have beat out David had she continued playing because she had the second-highest paying job.

We also played Clue (David won) and Set (I won once, David won the next time).

Kelli and her kids arrived and I rounded them all up for a picture. I was lucky I even caught them because their dad came to get them the minute they showed up. The boys hardly had time to pull out the lego before it was time to go.

Kelli and Olivia, Sabrina and Rosie, Andrew, Matthew, my Andrew and Rachel Once the twins were comfortable enough in their environment that they didn't need to sit on Kelli's lap anymore, they started mauling Rachel. She's big enough now that I don't worry too much though. Rachel could take 'em both on, she's a pretty tough little thing. She kept playing with the dinosaurs and dragons and leaving the girly toys in the dust--made her old man proud. 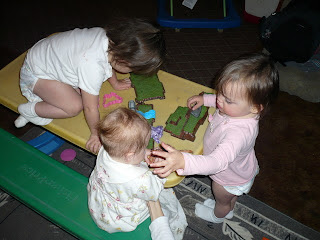 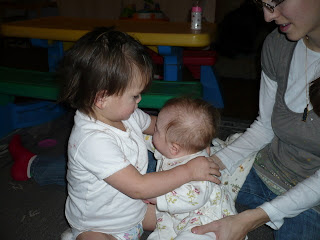 Naming all of Rachel's body parts: eyes, ears, nose, toes and everything in between 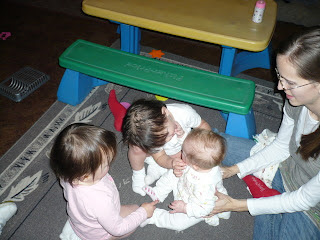 We sang Christmas songs and read the Christmas story after being entertained by the twins wearing mine and Josie's boots. It was Olivia who started it. She saw my boots and put them on. Sabrina saw her, and of course had to join in the fun. The only boots left in the entry way though were Auntie Josie's, which were a little too big! 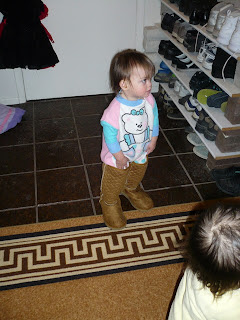 Sabrina and David played some carols 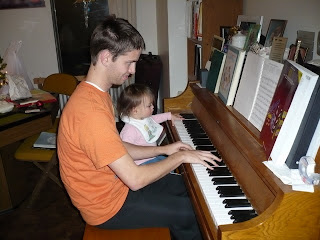 Rachel and Mommy and the pretty poinsettia 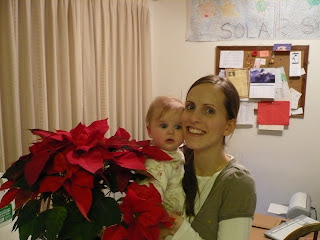 We had tacos, pie, Grandma's famous fruit salad (famous within our family, anyway), and a whole lot of fun. Rachel skipped her naps and even stayed in a relatively good mood the whole evening!
Posted by Nancy at 1:39 AM