Not to overextend ourselves or anything, but I took Dad and Josie out to see the Sufi dancers at Wikalat al-Ghouri this evening.

Andrew had some homework he needed to get caught up on so he had to stay home and if you saw the temper tantrum that Rachel threw upon returning home from the beach you would have known that she was in no mood to accompany us out, either. Miriam was also tired and wouldn’t have lasted through the performance. I was quite nervous about leaving her with Andrew, though, because it meant that he’d have to put her to bed and since she had never had a bottle before I wasn’t sure how smoothly things would go, especially since she still likes to nurse until she’s nearly asleep at night.

I had just enough time to help unpack some things, shower, nurse Miriam, and pump a bottle for her before it was time to run out the door.

We grabbed a cab and headed to the Khan. I was tempted to take them for a bit of a walk around the shops before heading to Wikalat al-Ghouri but decided against it. Instead we headed straight over, passing by al-Azhar mosque and squeezing through some cute little alleys to get to the arts center. 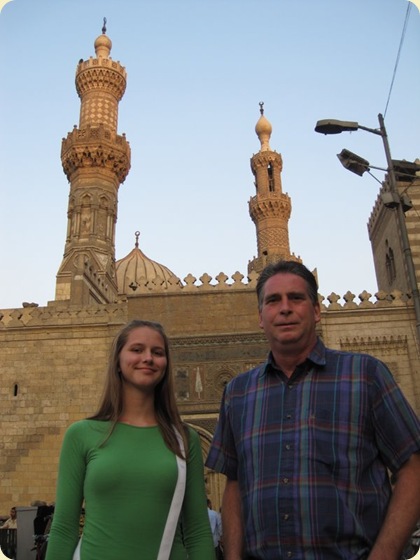 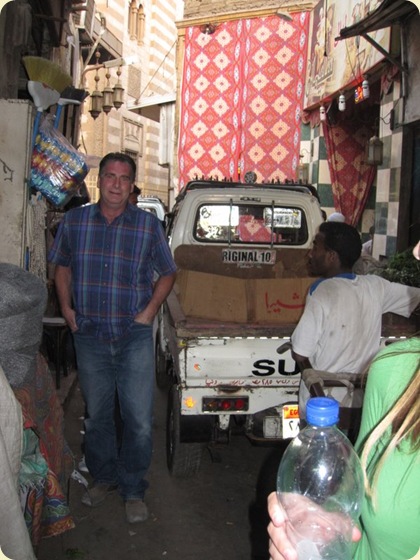 The doors were already open when we got there, which I thought was odd since it was only 7:00. According to the website they aren’t supposed to open until 7:30 and they’ve never opened early before—usually there are people all queued up along the alley waiting for the doors to open.

Now the doors open at 6:30 and you are given an official ticket—once the tickets are gone no one else is admitted. The show is still free, luckily, but I wonder if this means you can go to the door, grab a ticket, and then wander around the Khan until shortly before show time instead of sitting inside to save seats like we’ve always done.

We were sitting in our chairs for like an hour and a half before the show started, which was getting a little long for some of us, but the show is always worth it.

They changed up the program a bit from the last time I went, which was nice, because the two times I had been before the program seemed to be nearly identical.

We were stuck sitting behind a rather large gentleman, which was kind of a bummer, so Josie and I couldn’t see very well, but we moved seats in the middle of the show after half our row was vacated and so we got to see the end of the show. I think we’ll be coming back here with Amanda, anyway, so we’ll get to see it again. 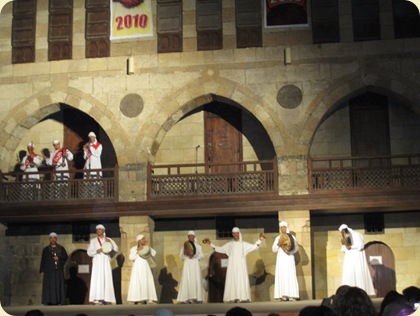 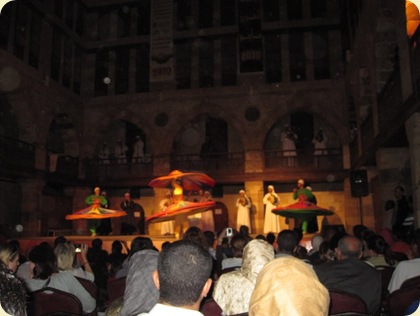 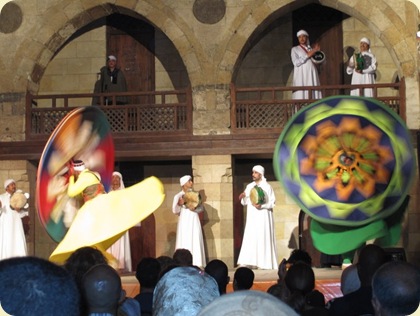 Andrew said that the girls did great. Miriam drank from her bottle like she had been drinking bottles from the day she was born—she isn’t as picky as Rachel about these things, which is nice. She’s just an easy-going girl.

Tomorrow I think take a cue from Miriam’s style and we’ll all take it a little easy; we’ve been moving non-stop since Grandpa and Josie arrived!