So Miriam wasn’t quite so keen on the bottle as I thought. She went to sleep because she likes to sleep, but when she woke up in the night to nurse she was so excited to see me. Too excited, really. She stayed awake for a while just stroking my face and cooing at me and I never did get her back into her own bed. She was a little clingy and that made for a long night. So long, in fact, that I could hardly open my eyes this morning so I slept in a bit, which was nice.

We went to Coptic Cairo for our outing today. At first Rachel was upset because last night before she went to bed Andrew told her that we would be going to visit the Citadel in the morning.

“Dad said we would go to the Citadel!”

“I’m too tired, and we don’t have enough time today.”

After she realized we were still going out she simmered down a bit. And then when she realized we were going to “The Diamond Castle” she perked up quite a bit more. The last time we visited Coptic Cairo we went with Nacia and she and Rachel played “Diamond Castle” the whole time—it’s a running game that they invented. I usually play it wrong but there are a few parts that I get right—the king’s name is Stressed Out and I think we’re supposed to be protecting something from some bad guys.

Rachel was excited to show off her favorite statue of St. George killing the dragon to Auntie Josie and Grandpa. 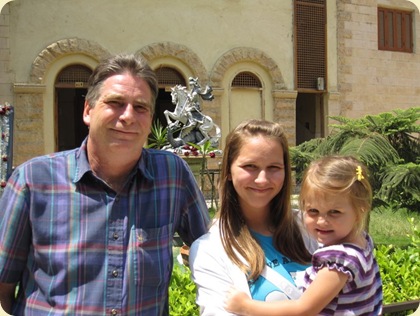 We visited all the regular sites to visit; tourists were swarming everywhere. It must be getting to be summer. We spent quite a while in the cemetery. 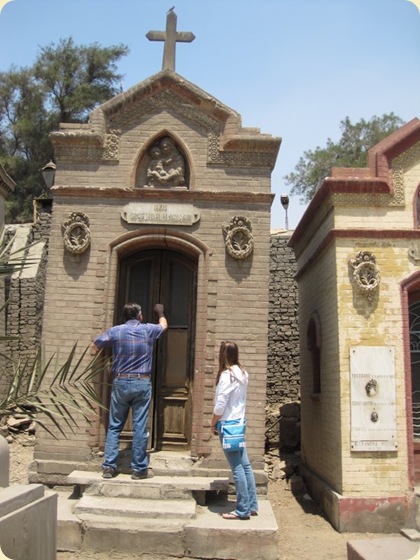 I like visiting cemeteries. They’re quiet and remain so even with the hoards of tourists around. I find tombstones so interesting—I saw one that was French but written in Greek—and always wonder about the lives the people (or bodies thereof) resting inside led. Sometimes I wonder if that is why I am such a maniac about recording the details of my life—to satisfy the curiosity of future generations. I almost think it is pointless to do something if you don’t record it somewhere. Not quite since there are plenty of things that have happened in my life that I haven’t written down…but I still think that journaling is very important. 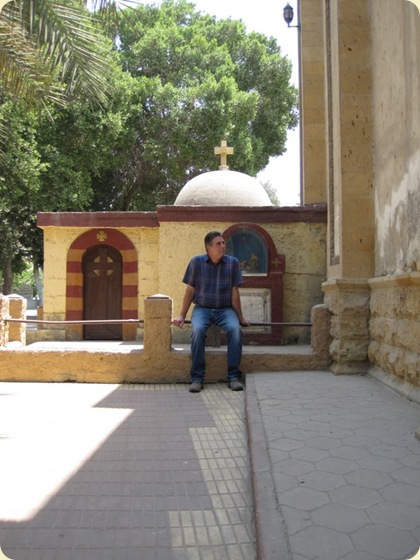 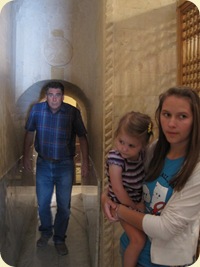 The church that is in the graveyard is often void of tourists as well. Devout pilgrims make it back there to dip from the well that Mary purportedly drew from during the sojourn of the Holy Family in Egypt, but the large tourist groups never seem to make it back there.

Perhaps I’m complaining a bit much about tourists for someone who likes to go new places, but there is a difference between independent tourists and large tourist groups. I hope to continue to stay away from the latter. 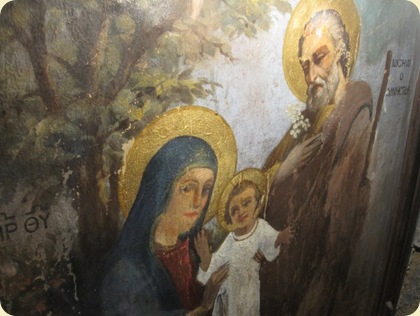 We visited the Ben Ezra Synagogue, of course, and the Church of St. Sergius with the crypt of the Holy Family. We tried to visit the nunnery to see the chains of St. George but it was absolutely packed with people, so we didn’t. 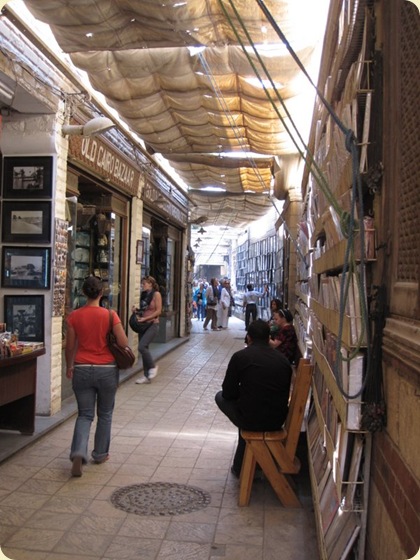 It was a fairly relaxing day, as I predicted it would be last night. I suppose that is mainly my fault since I was losing steam and didn’t have the energy to hail a cab and go on any grand adventures.

I was nearly a walking zombie in the evening after tutoring but got my energy back after a good dinner and took my dad and Josie out to Road 9 to do some last-minute shopping. Rachel came out with us, too, even though we didn’t leave the house until after 9:00 PM! I don’t know how we’re ever going to make the switch from Arab to American time.