Sometimes it takes a whole lot of distraction to keep Miriam on the potty in the morning. Usually she’ll hop right on and go but sometimes she takes forever but I know she has to go because everybody has to go when they get up in the morning.

Miriam likes to play head, shoulders, knees and toes; read stories; play with toys; and sometimes she even likes to brush hair to keep her mind off crawling away from the potty. She doesn’t crawl away from the potty because she doesn’t like using it—she crawls away because she’s squirmy and easily bores of any activity. To put in a plug for elimination communication: in my last load of approximately 30 diapers, only 1 diaper was poopy; in the load I’m washing now 3 of them are. That’s pretty good for a 10-month old. It also means I’m not changing poopy diapers.

Anyway, Miriam knows exactly what to do with the hairbrush and sometimes when Rachel’s in a willing mood, she’ll let Miriam brush her hair, too. 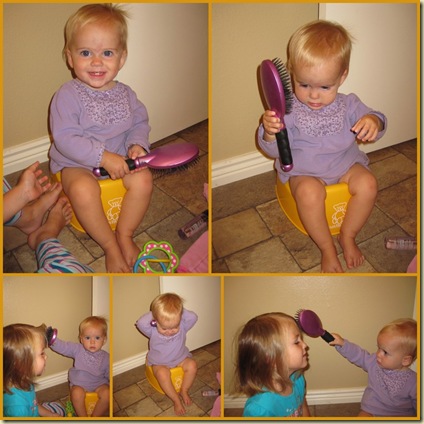 On this particular morning both of the girls were in phenomenal moods. I like it when that happens. 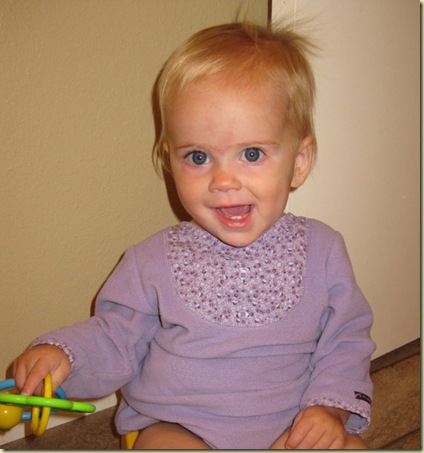 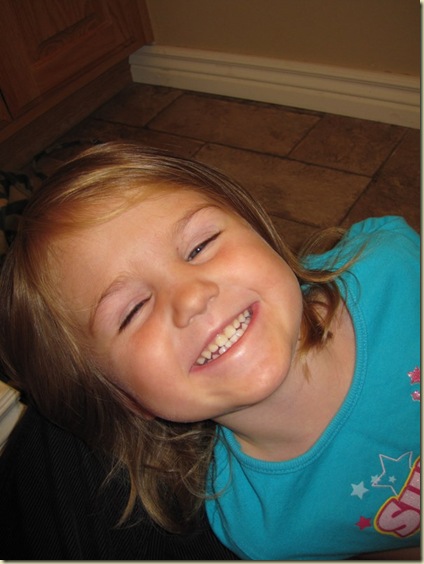 On Friday we had an MPA luau to celebrate the beginning of the semester. Rachel suggested that I try putting Miriam’s hair in a ponytail, so I did. It sticks up “like a tree” but it is, nonetheless, a ponytail—her very first ponytail. 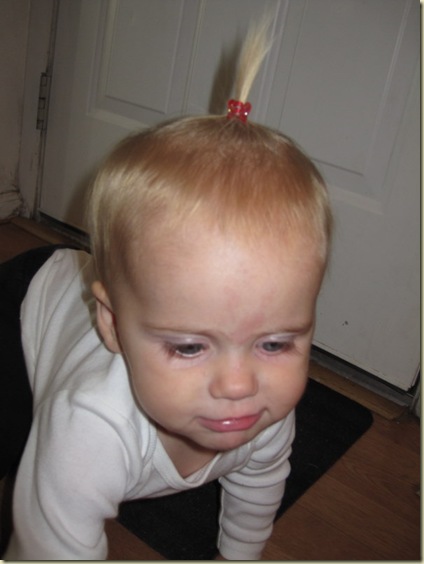 Rachel then requested that I do her hair in a special way, too. We did criss-cross pigtails and Rachel loved them. 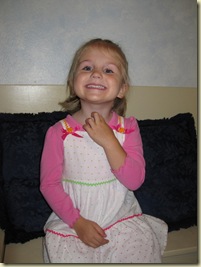 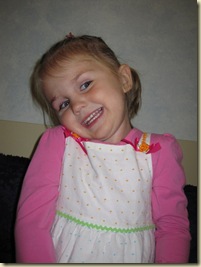 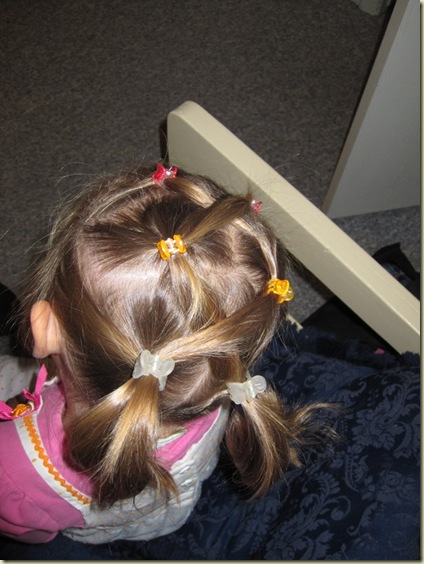 Doing fancy hairdos is fun every once in a while, but there is a reason my hair is normally thrown into a ponytail, Rachel’s is clipped back with a barrette, and Meme’s is left as-is. It’s a whole lot of work! 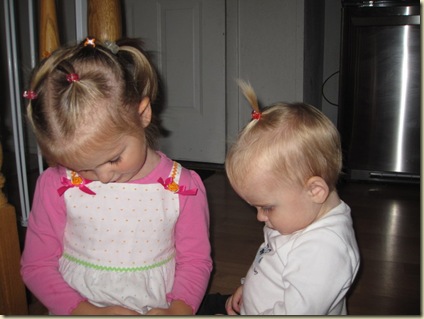