On Friday evening we went to the MPA opening social, a luau this year, hosted by the Polynesians in the program. It’s kind of weird being thrown into the Mormon mix again. In Andrew’s program at AUC only two students were married: Andrew and another guy. The only person in the program with children was Andrew. Everyone thought we were weird.

At this BYU party, though, there were dozens of children running around. While there are several single people in the program, there are probably just as many married people and of those married people most have a child (or two or three) or were well on their way to having a child. One girl, Kaja, in Andrew’s program is due with her first baby on October 25 (that’s Miriam’s birthday so we thought it was cool).

We sat with Kaja and her husband during dinner and had a wonderful conversation with them. They are from Germany and Norway, specifically, and speak English impeccably. When David, her husband, mentioned where he was from I totally thought he said Uruguay. I’m glad I didn’t say anything about it—like, “Gee, you don’t really look South American.”

Soon after we’d sat down to eat some old acquaintances joined us. A very familiar-looking young woman sat down across from me and greeted me much to cheerfully to be meeting me for the first time.

“You don’t remember me.”

“That’s okay. My husband Andrew took Arabic from your husband Andrew in 2007 and we came to your house for a party. We weren’t married then but we were pretty much engaged and were planning on going on study abroad to Jordan that summer.”

It was fun to run into them, but funny that a student of Andrew’s is now a year ahead of him in school. At least in this program—Andrew does have one graduate degree under his belt already so he’s not really behind…but kind of. We also thought it was funny that their names are Andrew and Rachel. They have a baby, too. Her name is Miriam. We joked that they needed to have another baby girl and name her Nancy just so things can be really confusing if/when we get together again.

The evening culminated in a tug-of-war between the 1st and 2nd year students. 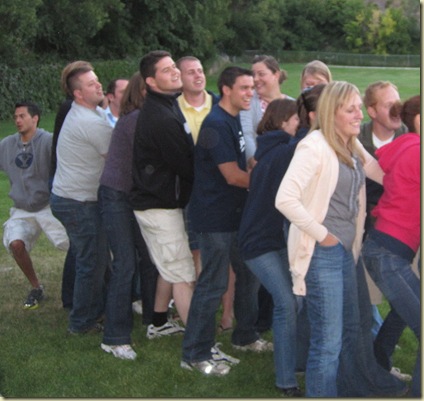 Rachel watched in amazement for a few minutes before looking up at me and asking, “What are they doing?”

We’re certainly looking forward to how the semester will play out in this much more family-friendly school environment. 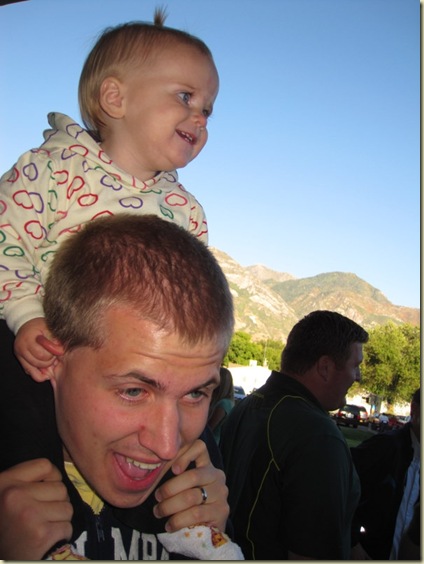 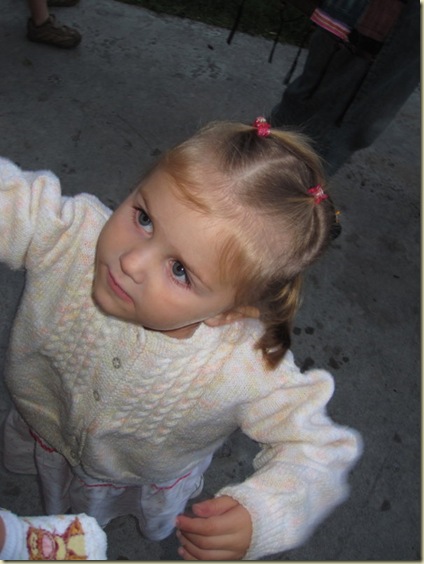