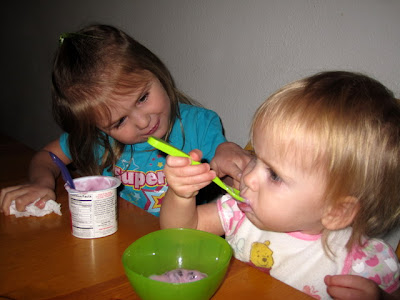 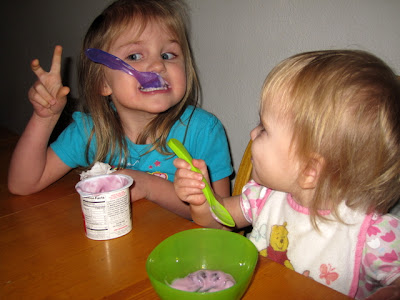 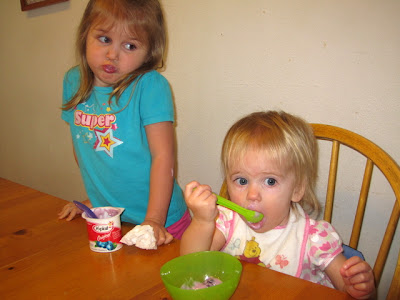 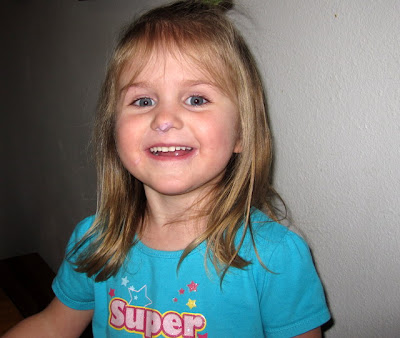 I originally started taking pictures to record how well Miriam feeds herself. She is really quite good at it, especially if it is something she finds terribly yummy. I can usually judge how well she liked a meal by how much of it ends up on her lap/on the floor verses how much actually ended up in her tummy. 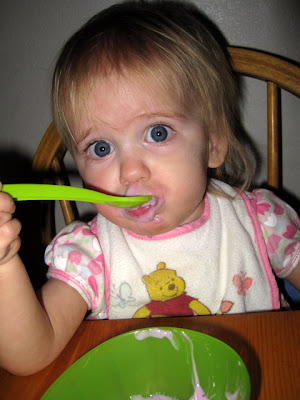 Rachel decided, though, that Miriam needed some help. Miriam was more than happy to eat off both spoons. 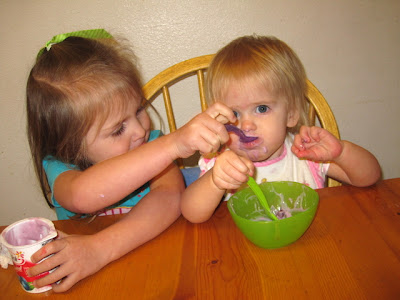 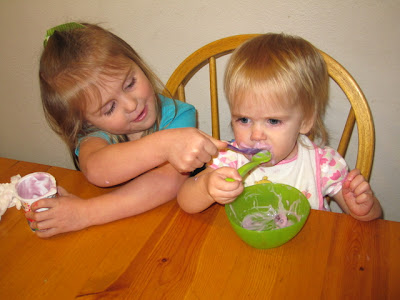