Even though going out into the cold makes me feel like this: 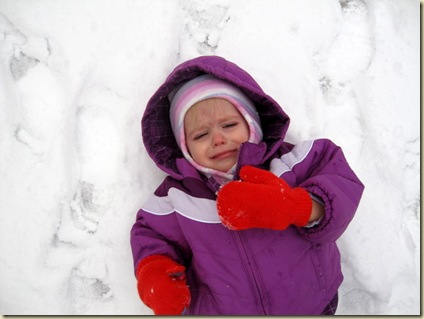 I ventured outside to play with my girls in Tuesday’s fresh snow. We decided to build a new snowman beside the remnant of our last snowman, but when we rolled the first ball of snow to rest beside the icy remains of our late snowman we decided we could perhaps be a little more creative.

We decided to make a snow camel.

That’s a lot harder than it sounds.

It really ended up looking pretty okay from the front. 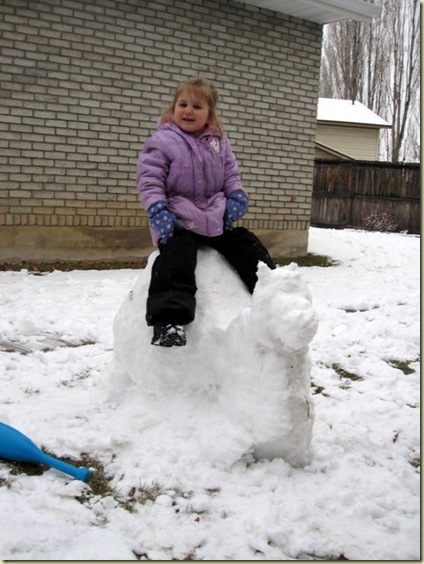 The view from the side, however, left much to be desired. 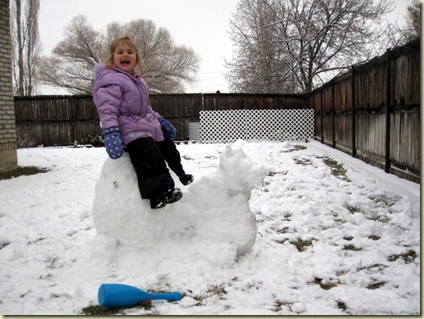 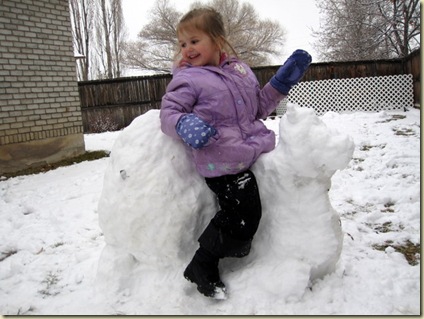 Rachel loved it, though, and played outside long after everyone else had retired indoors. 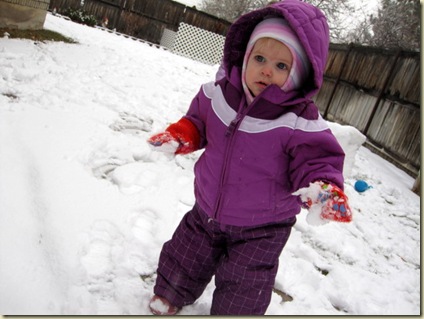 By the time she was finished playing the camel was in sorry shape—it had been decapitated. A headless snow camel, though, still makes an awesome ride for an imaginative three-year-old. 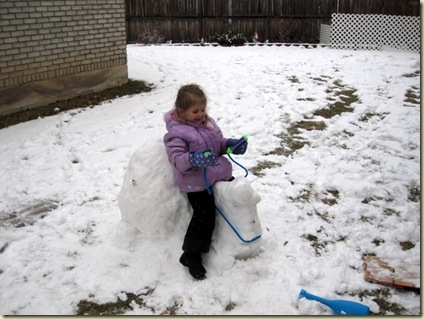 And I’m pleased to announce that her new winter gloves have withstood the test of hours-out-in-the-cold. When she came inside and I removed her layers of mittens and coats and snow pants and boots and sweaters she was roasty, toasty warm all over.

Clearly she ditched her scarf and hat before I had even brought out the camera. Maybe I’m overdoing it in the winter-clothes department (it’s not even that cold here, in all honesty) but I hate being cold so much that I don’t want my kids to ever experience a shiver. Is that so bad?