We walked to school in the rain this morning but it was cheerful and sunny the rest of the day. Unfortunately Miriam has a cold and I insisted that she take a nap so we didn't get to enjoy the sunny afternoon, though Rachel did go to a friend's house so I suppose she had fun.

Miriam wanted to join Rachel at her friend's house, but I kept saying no. Because Miriam is sick. She kept insisting that she was feeling fine but I saw right through her sugar-coated tones to the snotty, sneezy, head-colded baby that she really is.

"That wasn't anything, Momma. That was just a toot in my mouth. I'm not sick!" She put the back of her hand to her forehead to check her temperature. "I don't even have a fever, so...I'm not sick. I am happy. I just need to put on my running shoes and go to Emily's house. That's all. ACHOO!"


"That was a tootie again. That was just a bless-you tootie, not a 'scuse-you tootie."

So I said no and broke her heart into a thousand million pieces. But she got over it. And I let her walk with me to pick Rachel up for dinner, which made her feel happy.


After dinner we did some jobs (garbage, recycling, dishes) and then made pineapple-strawberry-banana milkshakes. The girls thought that was a pretty neat treat. 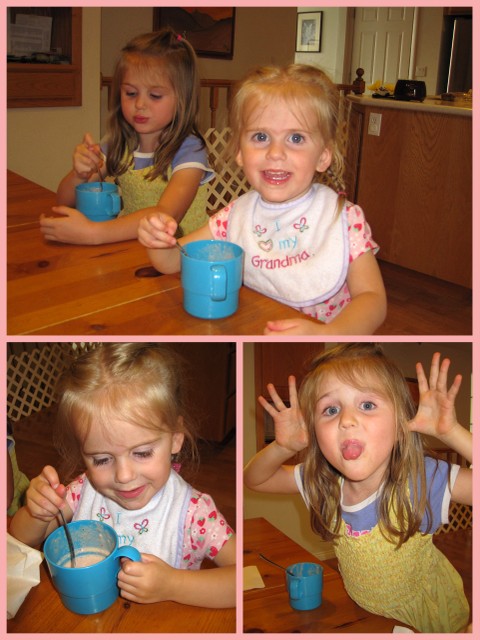 Then the girls wanted to go on a walk before bedtime, so we did. We walked until Miriam got bored of exploring and stuck her thumb in her mouth and started rubbing her ear. Then we turned around to come home, but not before finding (and playing with) a roly poly. 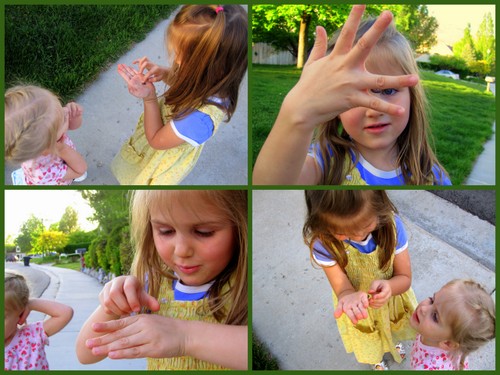 Rachel carried that bug the whole way home (and dropped it at least a thousand times; I'm still in shock that it survived the whole walk) and then put it to bed in the bug house we made last week. She's practicing being a scientist, but she only wants to study butterflies, bunnies, roly polies, robins, and rocket ships.

Miriam turned into a little cuddle bug. She walked along for a while with her arm around Rachel before she asked to be picked up because she was just too tired to walk anymore (not that we'd gone far at all, but it was bedtime and she's sick). 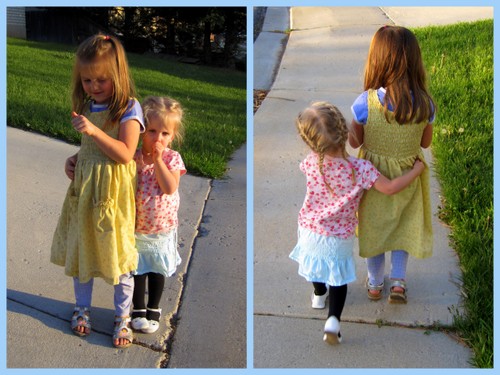 Bedtime was still an ordeal but both the girls were asleep before 10:00, so that's something!

I just checked on the extended weather forecast and it made me smile, not because our weather's anything special but because it shows me exactly how many more times I have to put the kids to bed on my own.