As testimony fills my heart

Last week the girls wrote down their testimonies while I was at choir practice. I didn't make it to choir practice this week because of our blasted van but hopefully I'll make it next week! 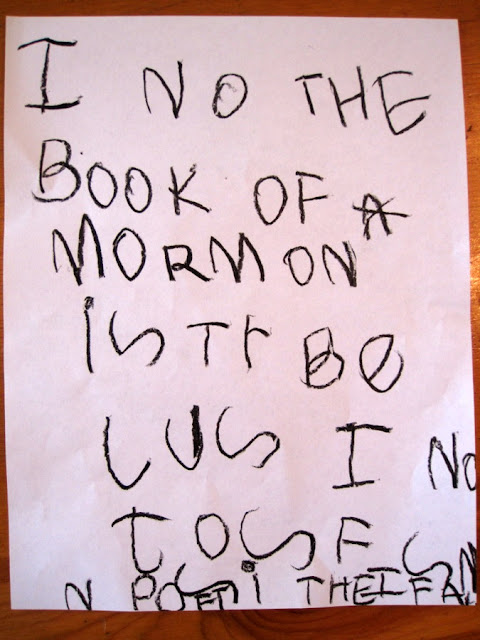 It says: I know the Book of Mormon is true because I know Joseph Smith is the living prophet. 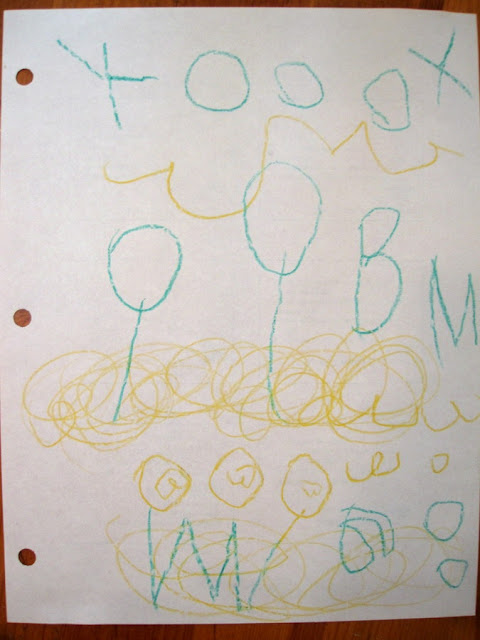 Today they were sent to their room to play a quiet game while I tried to get Benjamin to go to sleep. That poor boy just can't sleep when his sisters are around because one of his favourite activities is sister-watching and one of their favourite activities is Benjamin-waking. Rachel suggested they play the beanbag game where you toss the beanbag to each other and whoever ends up holding it has to say their favourite scripture.

Rachel went first because she started the game.

"We believe in God, the Eternal Father, and in His Son, Jesus Christ, and in the Holy Ghost," she said before throwing the ball to Miriam (because we don't actually have a beanbag).

"But it says God in it," Miriam objected.

"Fine," Rachel said, catching the ball. "We believe that man will be punished for their own sins and not for Adam's transgression."

"But we sing it in nursery," Miriam pointed out.

I'm not sure how the rest of their game played out but I will say this for it: it didn't dissolve into a yelling match unlike nearly every other game they played this weekend. Even with all the fighting they did this weekend (so much of the fighting!) I'm thankful for the example of my sweet girls who find it so easy to share their testimony with me, with each other, and with the world. So, truly, "As testimony fills my heart / It dulls the pain of days. / For one brief moment, heaven's view / Appears before my gaze."
Posted by Nancy at 9:35 PM