Life is what happens when you're making other plans

I told the children of our plans while they were still in their pyjamas.

"...and then in the afternoon we're going to go take pictures at the Duke Gardens!"

The girls rushed off to their bedroom to pick out their outfits:

We loaded the kids into the car and had to go back into the house to grab some things we forgot. Miriam took this opportunity to bonk Benjamin in the head with a hairbrush. He screamed for about fifteen minutes because by the time he'd stopped screaming we had almost arrived at Duke campus and Andrew said, "Uh-oh...football game today."

All the parking lots were being patrolled and it didn't even matter that we had a graduate student parking pass because all the lots had been turned into sporting even parking lots—you had to either have a pass or pay $10 to park. We convinced a guard to let us at least drive up to the Sanford building so that Andrew could pick up a paper. He had to roll down his window to talk to the guard. She gave us permission, he rolled up his window, parked curbside the Sanford building, collected his paper, ran back to the car, opened his door and... *clunk!*

His window fell down. It didn't slowly slide down, melting slowly into the door. It didn't inch down or creep down or anything like that. It clunked right out of sight.

Since we weren't allowed to park where we were we decided we'd drive around to find a place we could park so that we could figure out what the deal with the window was. Unfortunately every lot was closed for the game, except for one and that one was closed for a wedding. So we drove on.

I called the dealer because their service shop said it was open until 5:00 (and it was only 4:10) but they said they'd stopped accepting customers at 12:30 that day because they'd been so busy. They didn't know any other place that was open so late on a Saturday, so we just headed home. We saw a Flagstone on the way home that was open so we stopped by there but they were too busy to see us, so we headed home.

It was a chilly drive.

Once home we looked up tutorials online because we'd had great luck fixing our car earlier this week that way.

Last Sunday we drove to church just fine but when we were ready to go home the car wouldn't shift out of park. It started just fine; it just wouldn't shift. I skimmed through the manual and stumbled upon a trick that would let us shift out of park and we made it home (hallelujah) and then researched until we found out what the problem was. After checking all the fuses and seeing that they were alright we learned that our problem was either the transmission or a little part down by the pedals that I think is the sensor for the brake lights. We jiggled the sensor and our car started shifting once more, which was excellent news. We drove around like that for a few days—jiggling the sensor before driving—until we were able to make it to the dealer for a replacement part. We fixed our van for $13.00 and haven't had a lick of trouble with shifting since then. We were quite pleased with ourselves. 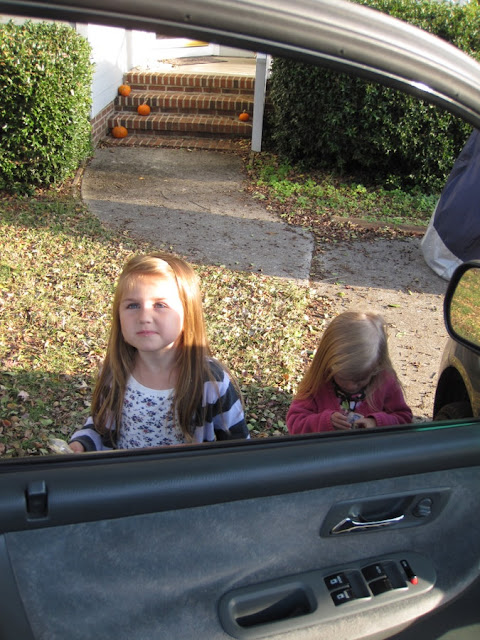 Unfortunately, this window problem is a little more complicated. Andrew took the whole door apart and we still couldn't get the window to come up. It's supposed to just slide right up and out of the door once we unscrew it but we can't even pull it all the way up; it gets stuck about a quarter of the way up and won't budge. It's looking like we'll have to buy a replacement part priced at around $60.00 and because we can't figure out how to get the blasted window out of the door at all we're looking at forking out more money for labour. 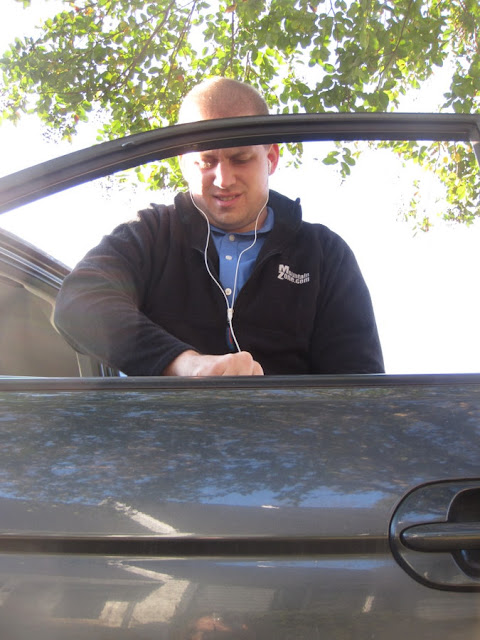 It was a terribly frustrating endeavor. The baby was fussing, Miriam was whining, and Rachel still wanted to take "school pictures" because we told her that we're not buying the package from school. So I picked up the baby and the camera and we tried to take a few around our house while Miriam followed us around whining.

Someone needs to work on their "natural" smile... 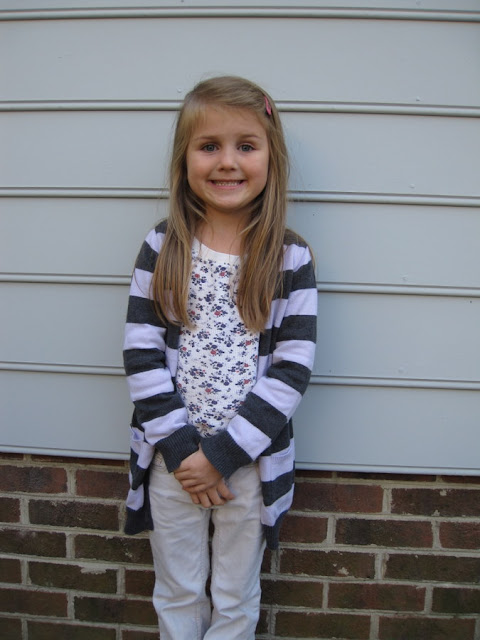 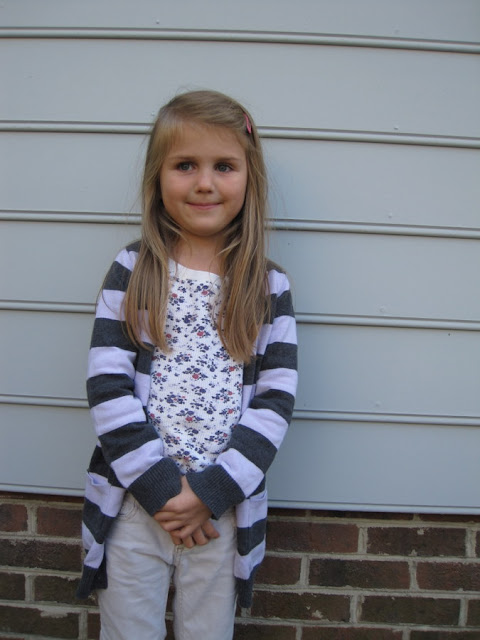 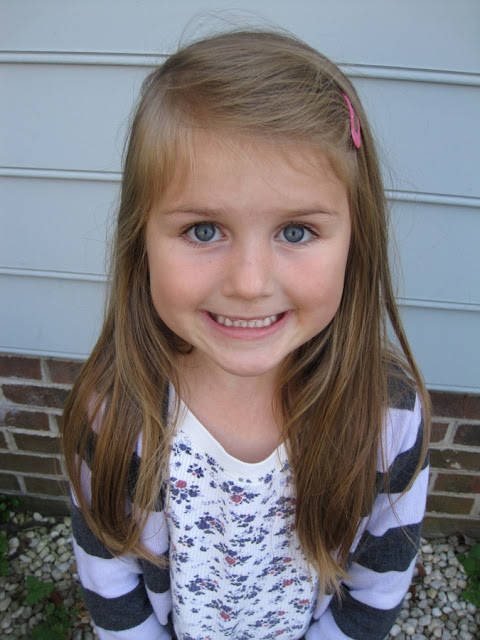 I think this last one is my favourite: 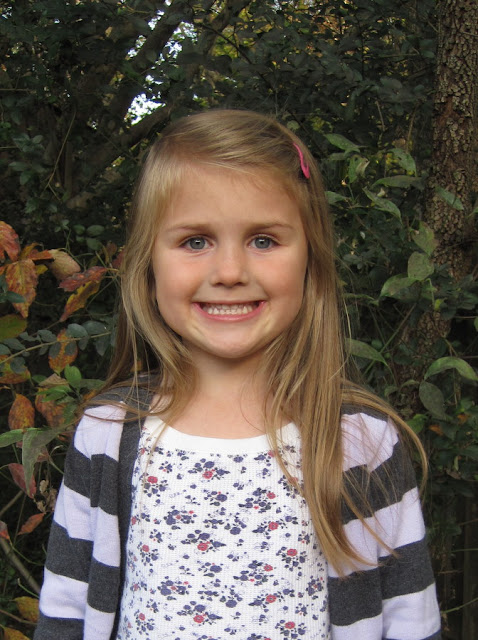 I wish that I could have used our bigger/better camera but it's too difficult to use while jostling a fussy baby. We're going to have a take a raincheck on this photo shoot. 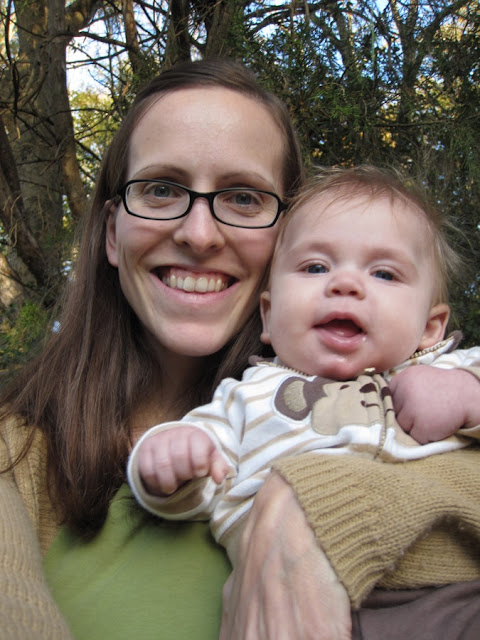 Today was frustrating on so many levels. I can't decide if our new transportation issue was more frustrating than our children's inability to listen or whether it's the other way around. I know the fact that the baby was up a million times in the night and then napped for a grand total of half an hour contributed to my frustrations because he was one little crankenhiemer. But today's just about over and I think I'm just about over today.