It was the most adorable (and hazardous) thing! We all watched him for several minutes (the girls ran off to pull Andrew away from his office to watch with us) while we stifled our laughter. The poor boy was so tired! 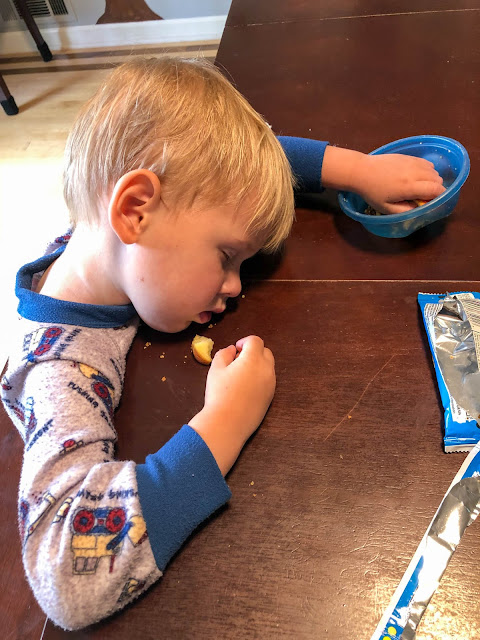 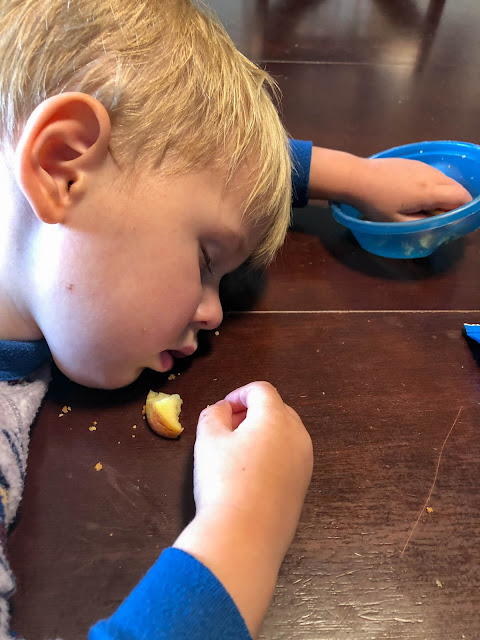 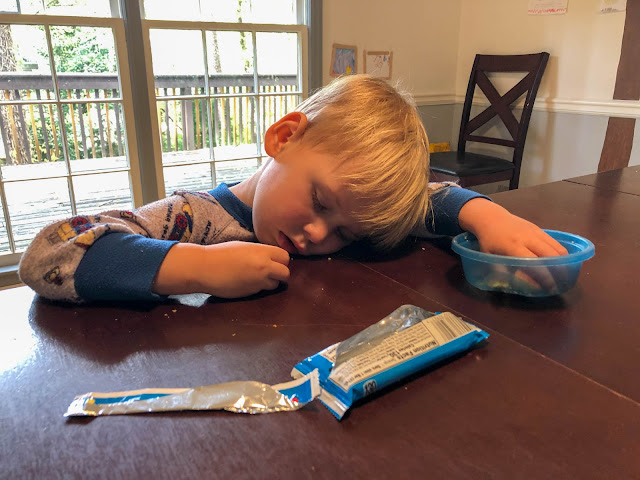 Here he is when I called his name to wake him up so we could set the table for dinner: 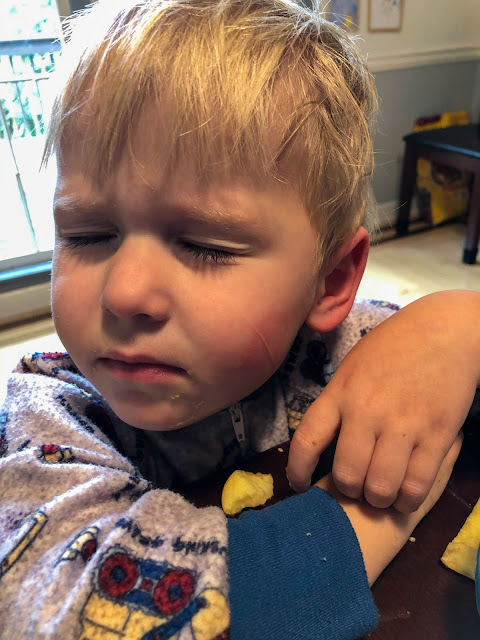 He did not want to wake up, though he did eventually wake up enough to eat a proper dinner. And he went to bed fairly easily tonight, which I was worried about since he hasn't taken a nap in ages!
Posted by Nancy at 10:23 PM