I’m not quite sure where to begin Miriam’s birth story; there were several interesting, fun or horrifying events leading up to the actual point where I woke up in the middle of the night and frantically calmly told my husband that the time had come.

My friend Charlene had planned a Halloween party for October 24th and I didn’t RSVP until a few days before when I decided that, since there wasn’t any hint of Miriam’s arrival, we should go for Rachel’s sake. I’m glad we did because it was an awesome party. More like a carnival, really, with various bouncy blow-up toys, a trampoline, and a booth with a seemingly never-ending supply of popcorn and cotton candy…among other activities. 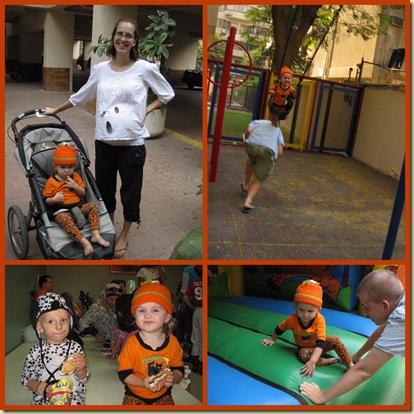 Rachel dressed up in her Halloween outfit from her cousins Olivia and Sabrina and wore the pumpkin hat that I crocheted for her. Miriam and I dressed up, collectively, as a ghost.

At Andrew’s behest I bounced on the trampoline and went down a big slide to help bring on labour. More videos and pictures of the party are forthcoming, in case you ever wanted to see a hugely pregnant lady bouncing on a trampoline… 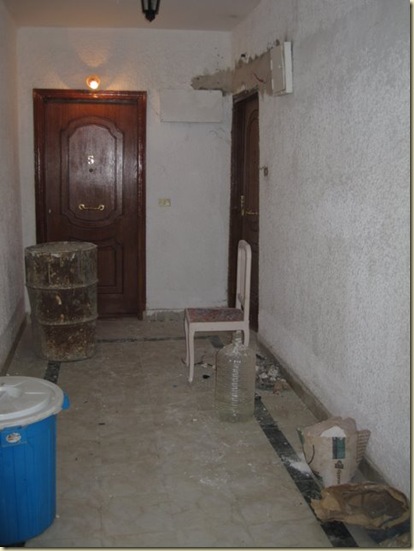 And when they turned the power back on it surged so badly that it ruined almost everything that was plugged in. Our television, the air conditioner, all computer cords, a cell phone charger, an alarm clock, speakers, the cords to the modem and router… 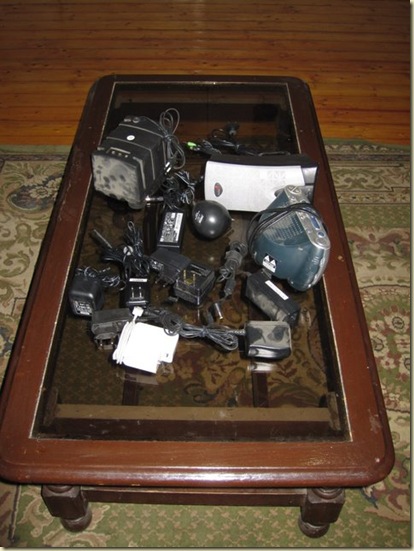 And it wasn’t any ordinary surge, either. Most of our adaptors were partially melted and leaking fluids. Several of our outlets have burn marks on them. We’re lucky to have escape the whole ordeal alive—I’m quite sure that our apartment could have exploded.

Luckily the actual computers were spared…and no one died.

The electrician and landlord’s brother claim this to be an “act of God.” It’s the inshallah principle taken a little too far—who needs to take any responsibility for anything when it’s in God’s will and, therefore, completely unavoidable and Not My Fault.

We were quite upset about it and set out to remedy our computerless, internetless situation by going out shopping for new cords. Being a grad student and being computerless and internetless is almost as good as being dead.

It was our final hurrah as a couple in a way. We left Rachel in bed and Grandma babysitting while we wandered around Road 9, taxied to the Maadi Computer Mall and took the metro to the computer mall by Tahrir. We ended up finding adaptors for both mine and Karen’s laptops.

When we got home we settled in for a round of Hand and Foot to destress ourselves. We stayed up shortly past midnight. Andrew had the nerve to say,

“Miriam can’t come tomorrow! We have too much to do!”

Karen and I looked at each other the moment he had uttered those words. We both knew he had sealed his fate. What better time for a baby to be born than when you have too much to do?

We went to bed and I, like any normal pregnant lady, woke up several times to use the bathroom. 1:30…2 o’something…

At 4:17 AM I woke up in a start as a contraction rippled through my body.

“Stupid false labour…” I thought, getting up to use the bathroom because, hey…why not?

I’ve been having several hours of false labour daily this past week.

I woke Andrew up, “I think this is real! But that last one was a littler farther apart. I think I’ll go have a shower and see if they keep going.”

4 minutes later I decided that a shower was not in order and, after eating some banana bread and debating about it through a few more contractions, finally phoned Dr. Tarek who told me he thought we needed to get to the hospital.

I felt bad phoning Sister Cannon so early in the morning, but she said it was right around the time she gets up to send Cody off to early-morning seminary, anyway. She picked us up at 5:26 AM and we made it to the hospital in record time—there is no traffic on the Korniche at 5:26 AM—and were shown into a triage room at 5:45 AM.