Rachel loves playing with Steve and Jodie's kids, though I think Adam is a little too rambunctious for her at times. They were eating together at the kids' table and Adam was doing something (I don't know what) and Rachel turned on him like a mother bear and said, "Look, Adam! Just put it there and stay it there, okay?" 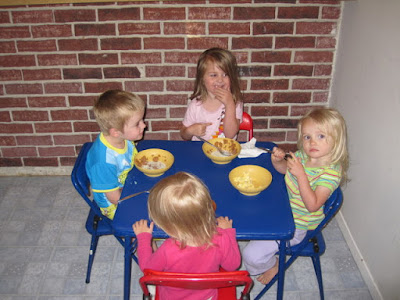 It was pretty funny; and they really did get along well for most of the time. We went to church with them in the morning. Rachel was excited to get to sit with Adam. 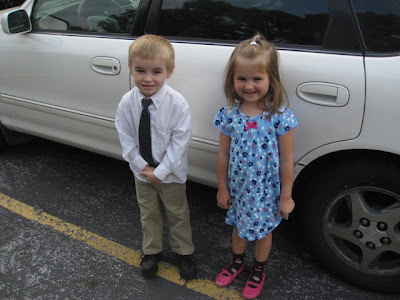 She even held his hand as they walked into the church building, though Adam doesn't look quite as invested in the hand-holding as Rachel does. In fact, he looks like he's trying to squirm his way out of her clutches. 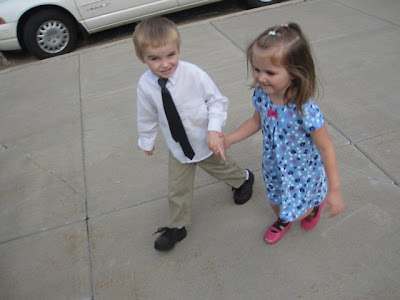 It was fun to get to visit with Steve and Jodie, even if it was only for a little while. We left after sacrament meeting and drove all day until we got to Rapid City, South Dakota. It's actually only a ten hour drive from Des Moines, Iowa, to Rapid City but we were lucky to be able to take the route we did. Because of flooding along the Missouri River, the east bound traffic on I-90 was rerouted. We were heading west, though, and our side of the freeway was open. We saw a whole lot of flooding, though!
Posted by Nancy at 3:09 PM