It's finally started snowing, which is really alright with me because it's also still fairly warm. Walking home from school, though, is now a half hour venture. We have to stop every few feet to fall in the snow or jump in a puddle or pack a snowball or... 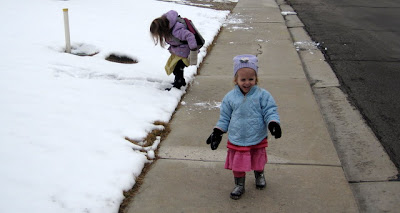 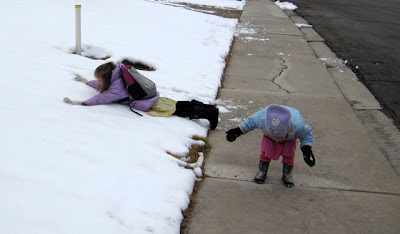 The girls have fun doing it, though. 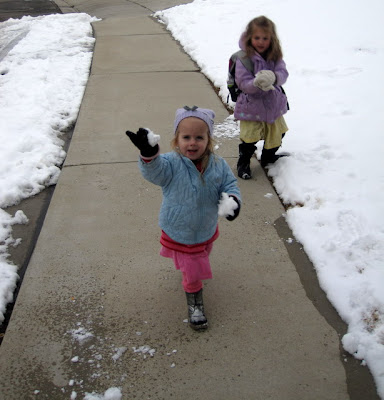 Miriam is a very gentle snowball fighter. She'll come right up to you and say, "You ready? I'm going to throw this at you now. You ready?" And then she'll only throw it after you say yes. Rachel is less gentle and her aim is killer. Today I didn't dodge one fast enough and she pegged the side of my face. 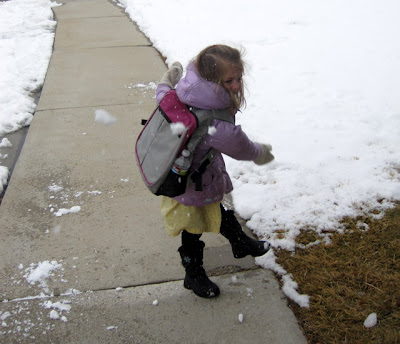 She got Miriam multiple times because Miriam doesn't know to take cover when Rachel calls her name. Sometimes she's lucky—like in the picture below, she just "caught" Rachel's snowball in her elbow. 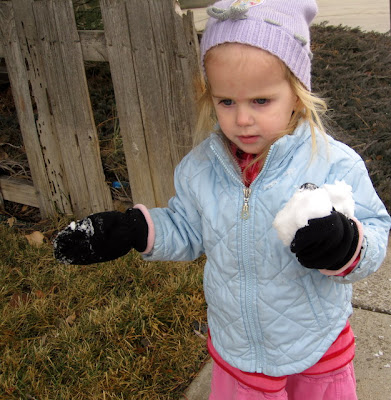 Other times she's not so lucky—like today when Rachel smacked her in the face with a snowball that was easily as big as her head. Miriam developed a bit of a bloody nose after that... 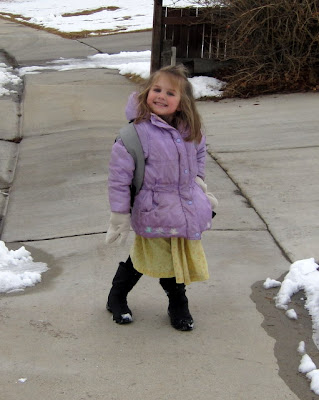 Before we went inside for lunch we made a snowman in the backyard. The first one of the season.
Rachel was a big help this year—last year she wasn't quite able to roll snowballs by herself. This year she was a pro. 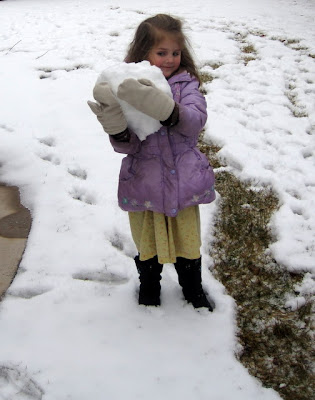 Miriam was a little less helpful...but she did what she could. 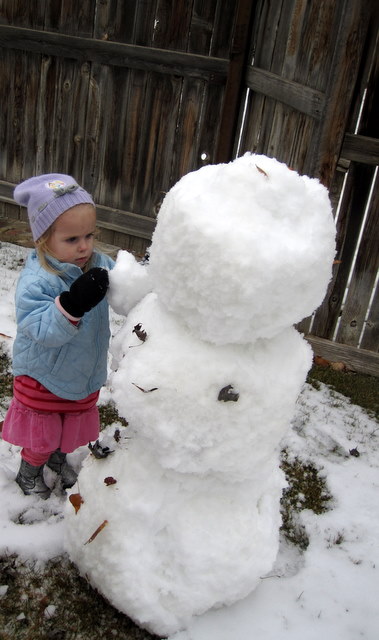 Our snowman ended up being more than three balls high because rolling snowballs ended up being much more enjoyable than I had originally thought. For some of us anyway. I was alright with quitting. Rachel and Miriam kept on going. 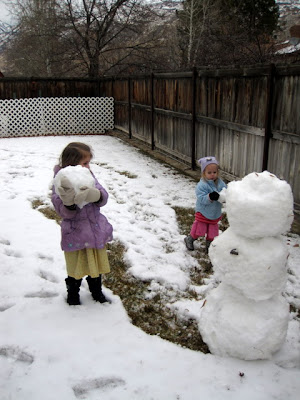 We had to make the head more than once because we accidentally knocked it off a couple of times... 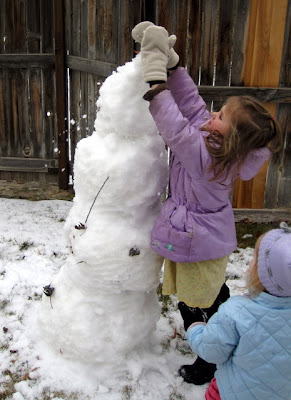 We ended up with a grand, if not a little melty and mushy, snowman. 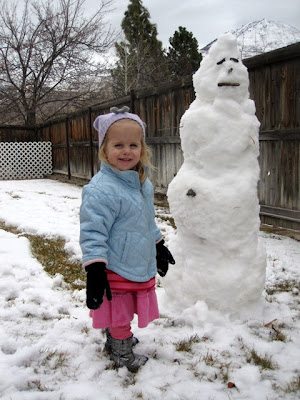 Quoting one of our storybooks, Rachel gave him a hug and said, "He's my favourite winter friend." 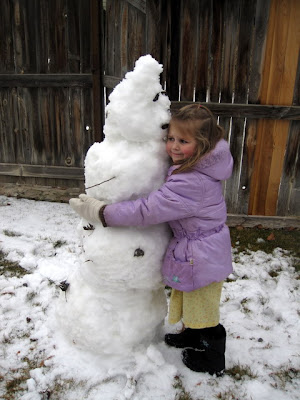 And then I went inside and made lunch and the girls stayed outside and continued to play in the snow. I love it when they play on their own!
Posted by Nancy at 4:37 PM