Here are a few pictures of us getting ready to go to on our trip...

On Thursday Andrew was taking an important call in the office/bedroom/nursery but Benjamin was ready to go down for a nap...so he slept on the bottom bunk (where Miriam usually sleeps). Miriam thought it was hilarious. 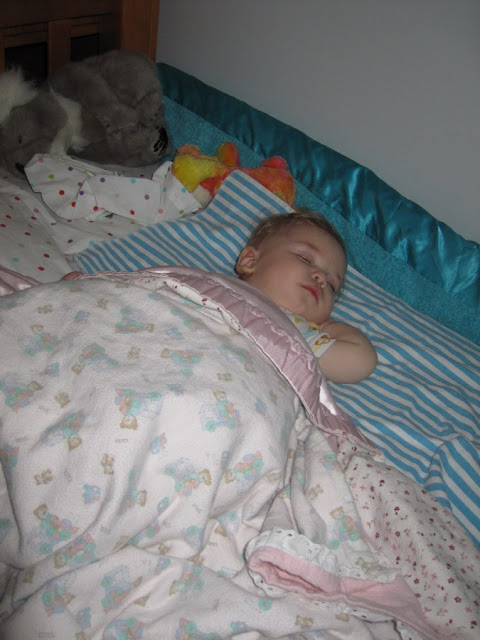 She was so excited to go to Washington DC that she must've packed fifty times. I was trying to finish the laundry up before we left and she kept taking my folded piles and shoving them into random bags (because she was "helping"). 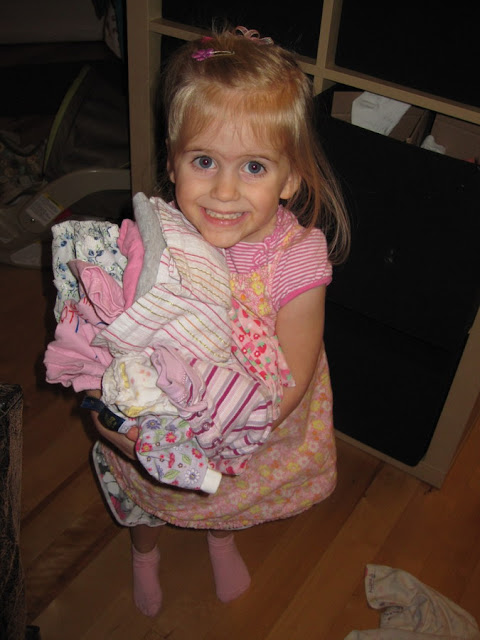 On Friday when we were actually trying to pack Benjamin refused to nap the whole day. I did get him to fall asleep once and then hopped into the shower but when I came out this was going on: 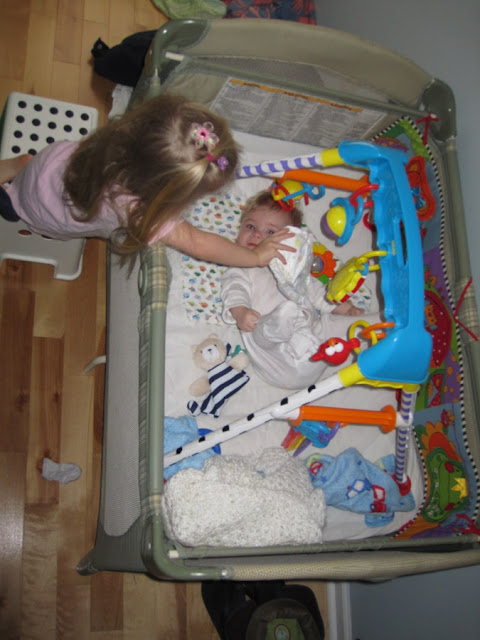 Miriam said that she heard Benjamin wake up so she decided to bring him some toys...in the form of his entire baby gym.

Here's Benjamin modeling the hat I made for baby Bridget. It's a little small/feminine for him but just right for Bridget. 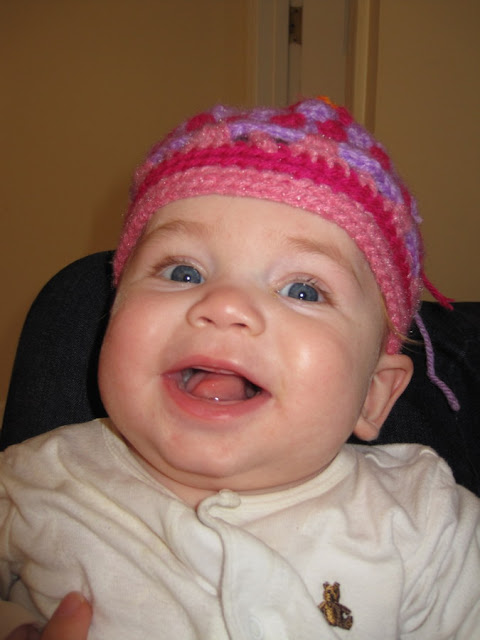 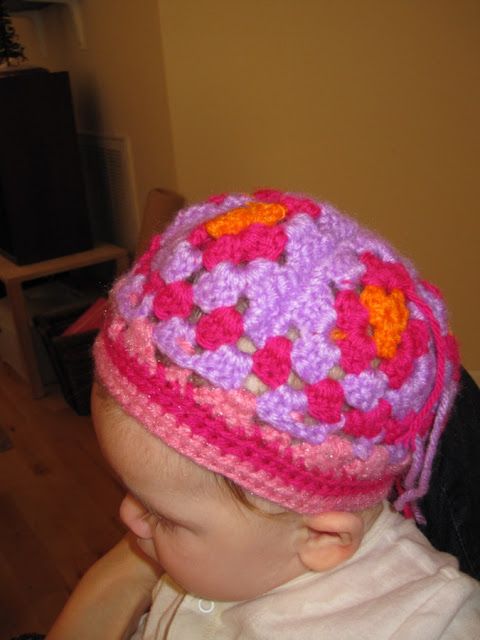