The girls came home from church today with several Valentines from their primary classmates. If I was a little more on the ball I might've sent them to church with Valentines as well. But since I snickered as I wrote "on the ball" in reference to myself...we'll just leave it at that.

I'm not the only mother to have dropped that ball. My friend Kathleen seems to have neglected to arm her children with Valentines today as well, and so Rachel ended up receiving a half sheet of paper from her friend Grace.

On one side was a beautiful picture of a person holding an umbrella (or it might be a balloon) in a rainstorm (or a crazy snowball fight). 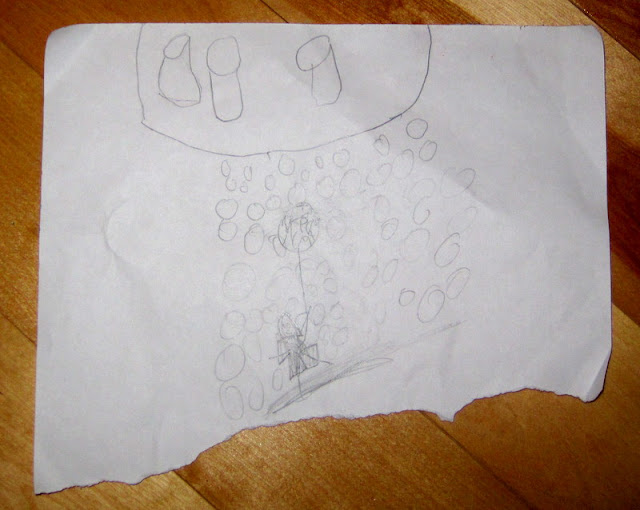 On the other side was written this: 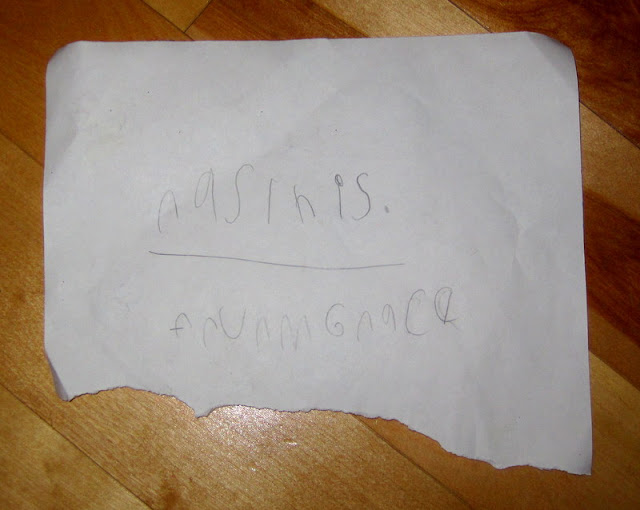 "What does that even say?" Rachel asked me (her father told her it said 'raisins').

"Oh. I couldn't even tell it said that. She spelled my name wrong."

"Well, Grace is just learning how to spell," I told Rachel. "She sounded it out the best she could."

We got home and started getting lunch ready while the girls ran to the colouring box for paper and crayons. Because some silly mother had forgotten that it was the last Sunday before Valentine's Day and they should have had Valentines ready they had to set about repairing that damage as quickly as they could by scribbling as many hearts as they could.

I caught Rachel writing a little note to Grace. 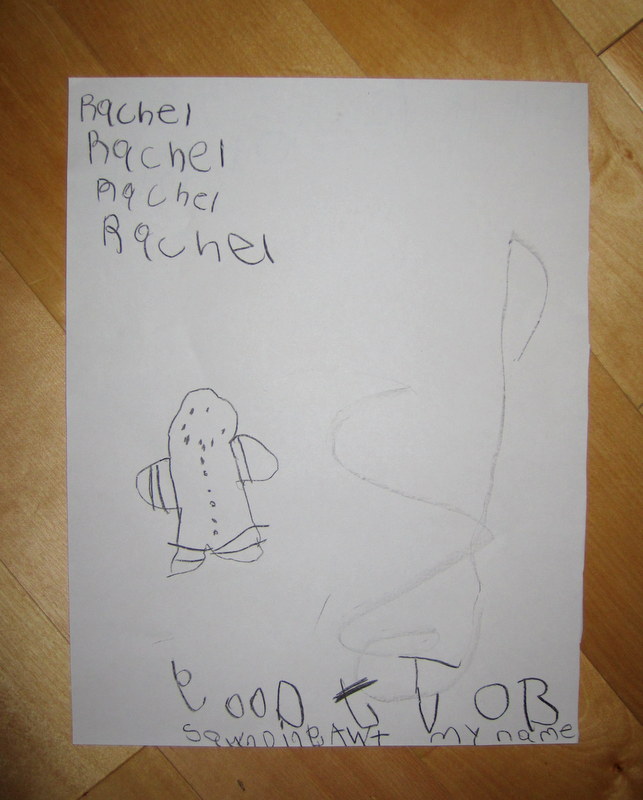 "Rachel. Rachel. Rachel," her note said (just to show Grace exactly how to spell her name, I suppose). "Good Job sounding out my name."

She flipped her paper over to reveal this: 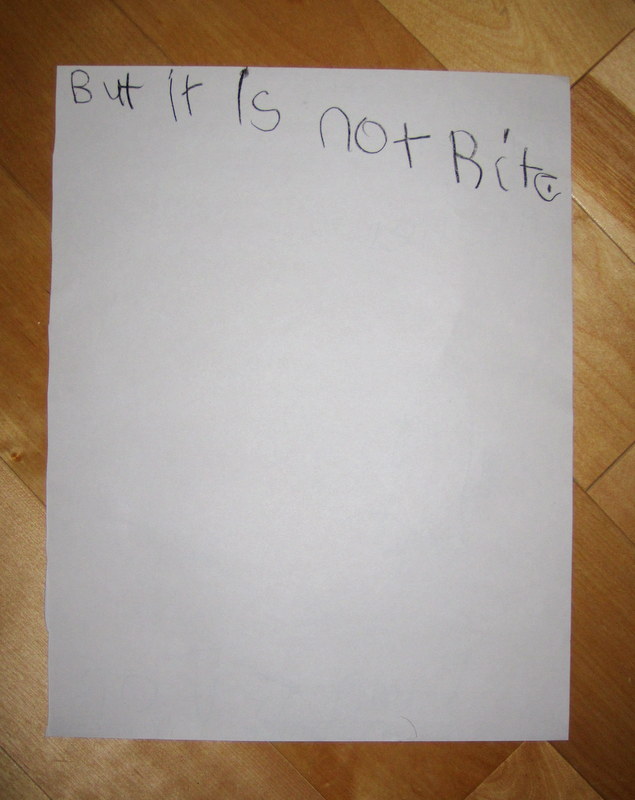 "Hmmm..." I hemmed. "Maybe we should send Grace a picture that just says thank you. Pointing out people's faults can hurt their feelings, especially when they were trying to do something nice. She did her best work and we can thank her for that but we don't need to tell her that she did something wrong."

"But how will she learn to write my name?" Rachel asked.

"You can spell your name correctly for her and she'll see it and think to herself, 'Oh! That's how you spell Rachel!' She'll get it eventually," I assured her.

So Rachel came up with this picture instead: 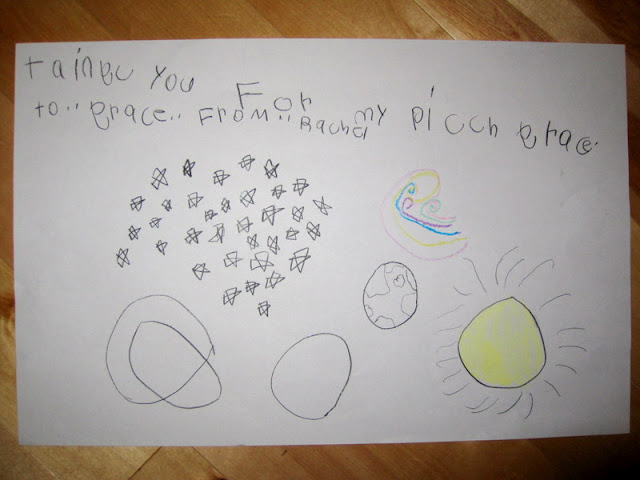 It's got a swirly galaxy (Rachel's favourite kind), the earth, the sun, Saturn (far left...not quite finished), another planet, and a whole plethora of stars. It says "Thank you for my picture, Grace. To: Grace. From: Rachel."

Now, I'm all about tough love (maybe not all about it but I do exercise it upon occasion). I correct my children all the time (maybe not all the time but I do correct them upon occasion). But I also don't think that everyone needs a formal correction/reprimand for every little thing they do wrong. So to save their friendship, I prevented Rachel from corrected Grace because the only thing more hypocritical than correcting someone for correcting someone would be to have a five-year-old correcting a five-year-old's spelling.

I mean, Rachel might have raised her hand to read "The fall was part of God's plan," in primary today and that might have made this momma pretty proud but she also wrote "Good job sawndingawt my name but it is not rite." And then she asked me how to spell Grace and then still forgot to put the 'e' on the end (she added that later) and wrote "taingu you for my picch!"

Clearly she should not be going around correcting her friends' writing without their consent.

They're both excellent sounder-outers. They're both terrible spellers. And they're a couple of the cutest kindergarteners I've ever set eyes on.
Posted by Nancy at 12:58 AM