We used to have a container of toys under our "tv" stand but the lid didn't stay on tight and the toy sets (Littlest Pet Shops) were full of choking hazards so we moved that box of toys into the girls' bedroom. That left under the television completely open—which meant Benja-boy could roll under it and get at the cords—so when we saw these little boxes on sale for 50 cents each we picked up a couple to stick under the tv stand, hoping to keep Benjamin from going under there.

Now one of his favourite past times is pulling them out so he can play with them. 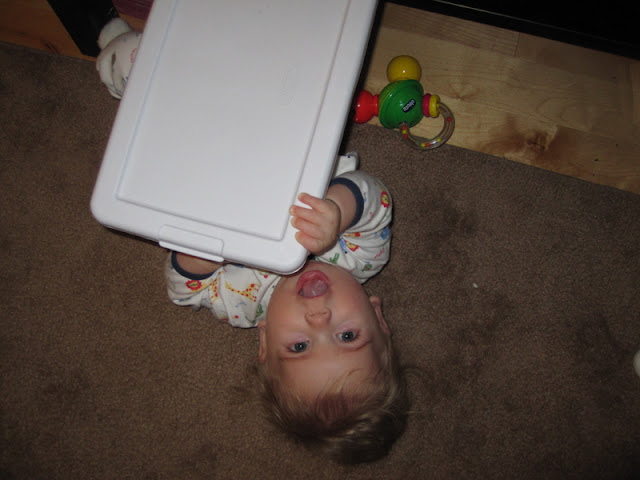 They're empty for now but I'm sure we'll fill them up eventually, and the lids snap on tight so might even potentially keep the items inside safe(ish) from curious baby hands. 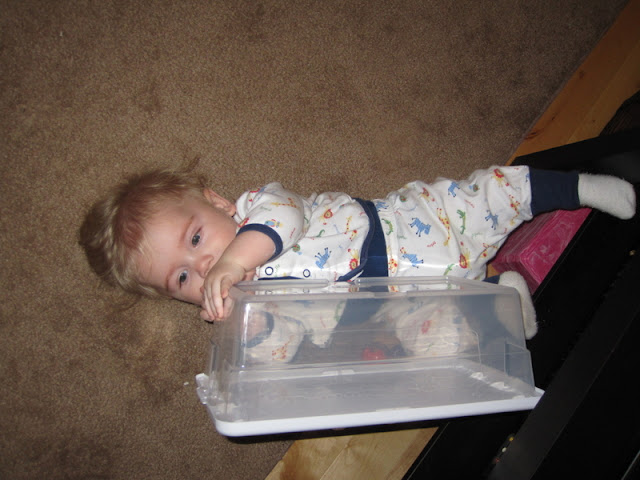 At least they've distracted his attention from the wires...

Here's a picture of Rachel and Benjamin playing: 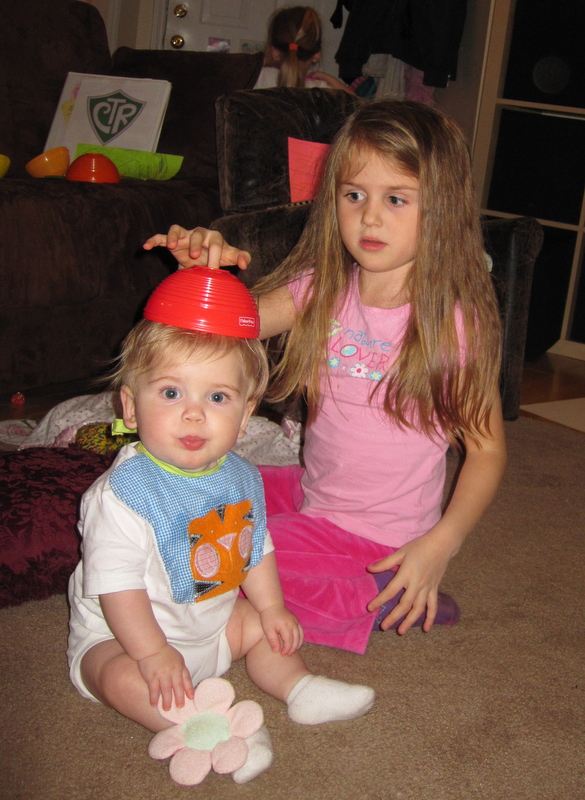 She was trying to get him to balance that toy on his head. He wasn't very good at it.

And here's Miriam playing with some blocks: 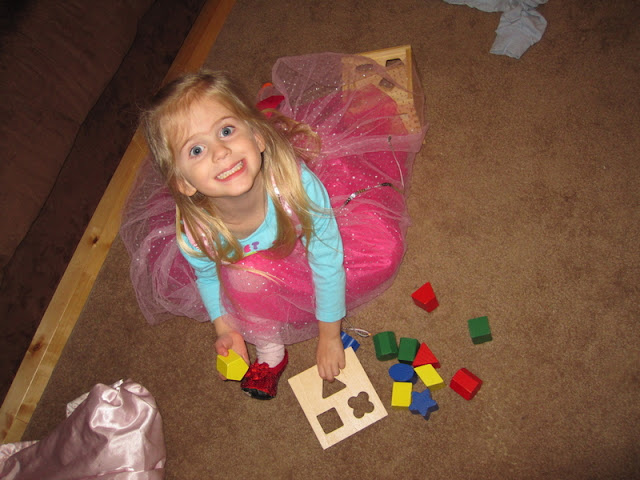 Here are Rachel's Valentines for school: 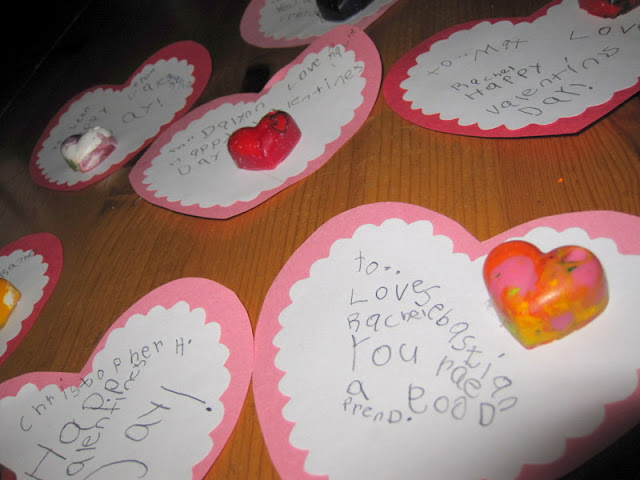 She did the first few so neatly but by the end she was getting pretty sloppy (even though we took a couple of days to make them). Sebastian is one of the last ones she did. She spelled are 'rae,' flipped her g in 'good,' and missed the i in 'friend.' But we got them all done!

You should see some of the names of the kids in her class:

There's a boy named Malik and Rachel's pretty good friends with him but I have the hardest time with his name. When I see it I want to pronounce it MA-lick (like Malik ul Salah or malik anything, really) but this boy pronounces his name ma-LEEK. He thinks I'm pretty slow at remembering names. That might be true because I never say Khyayrah correctly, either. It's Kai-YAY-rah. I think.

I'm pretty good with Max though. I pronounce his name correctly approximately 100% of the time.

Yesterday Miriam wanted to play some word games so we got out our Read/Build/Write sheets and the Bananagrams tiles and put her to work play. She spelled DAD interestingly: 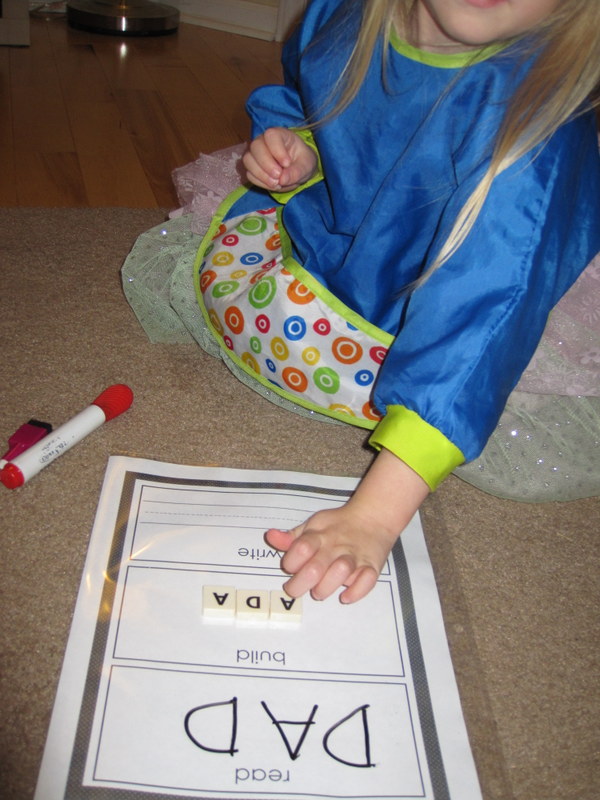 She looked at her tiles.

"Hmmmm...Ada," she said and then clapped her hands to her forehead in dismay before correcting herself. It was a pretty funny mistake since she's known how to spell DAD for quite some time! 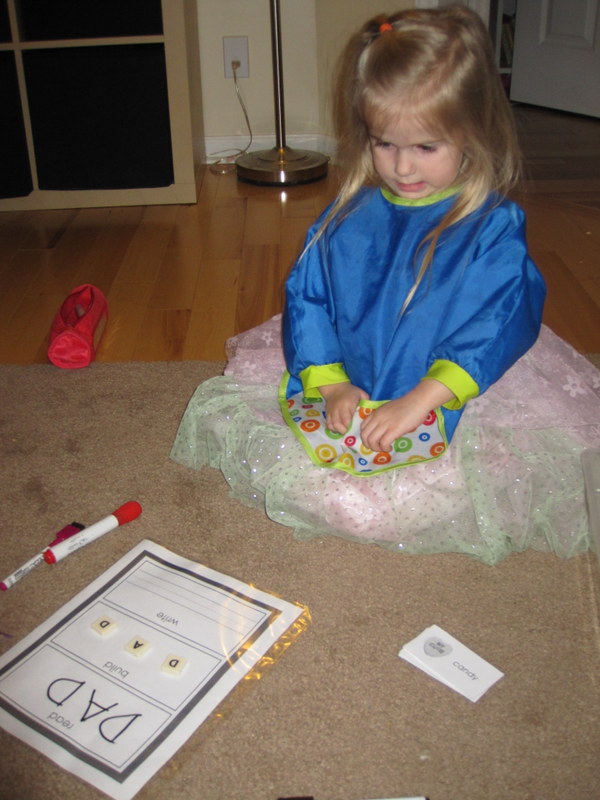 After she got warmed up with some easy words I gave her a few Valentine's Day flashcards and she worked on those. She's been having trouble with S (as you can see from the end of 'friends,' below): 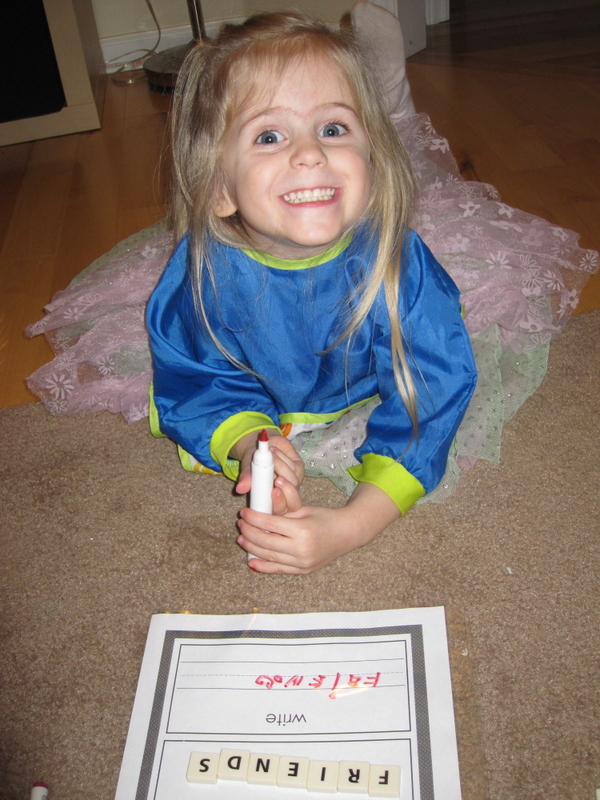 But by the time she was bored with this activity she had figured out how to make a pretty decent S (as you can see from the middle of "rose"): 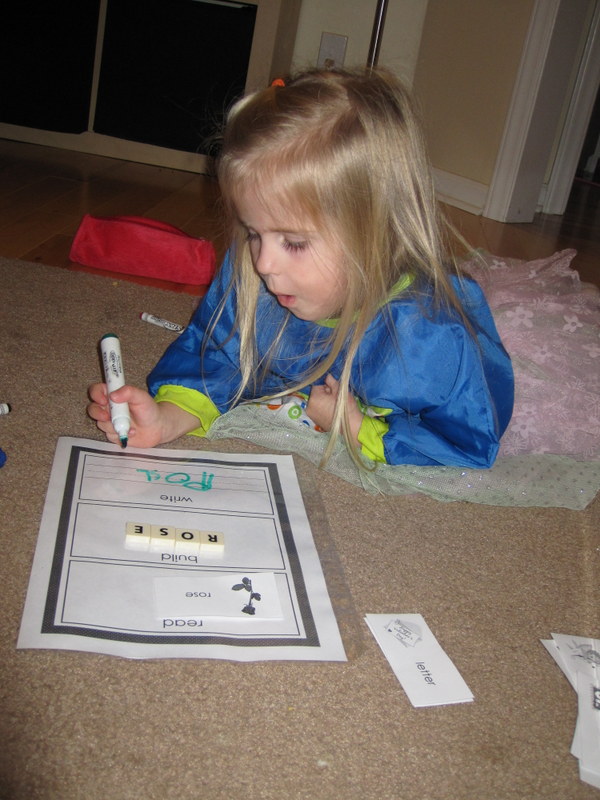 Benjamin played with the shape box while Miriam was working on Read/Build/Write. I bounced between the two of them—Benjamin has to be put far enough away from Miriam that he can't get to her papers and markers and tiles and still needs human interaction or else he gets bored but Miriam also wanted me close enough to help her when she got stuck (translating the lower case letters to upper case letters got a little tricky sometimes). 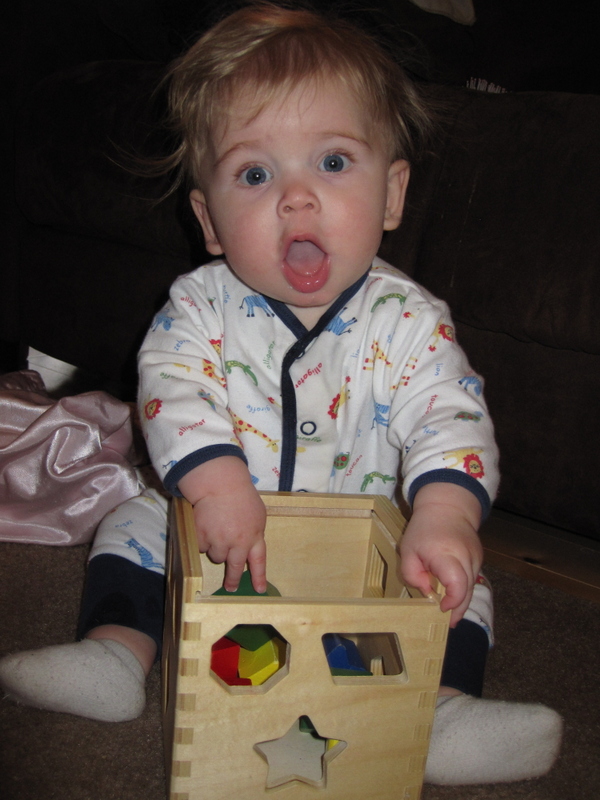 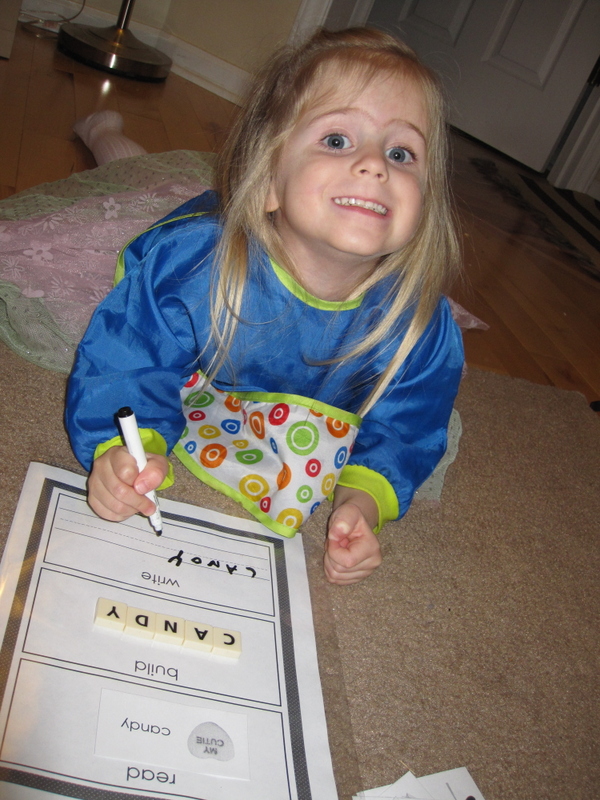 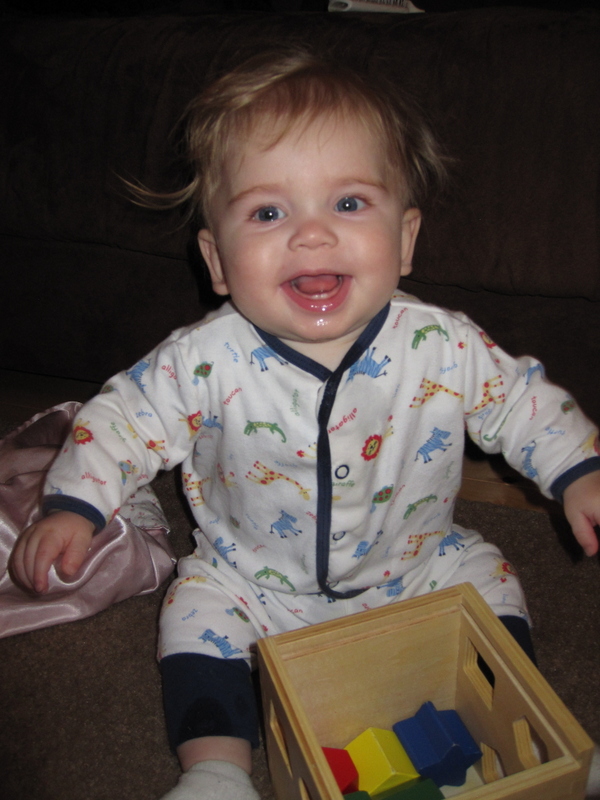 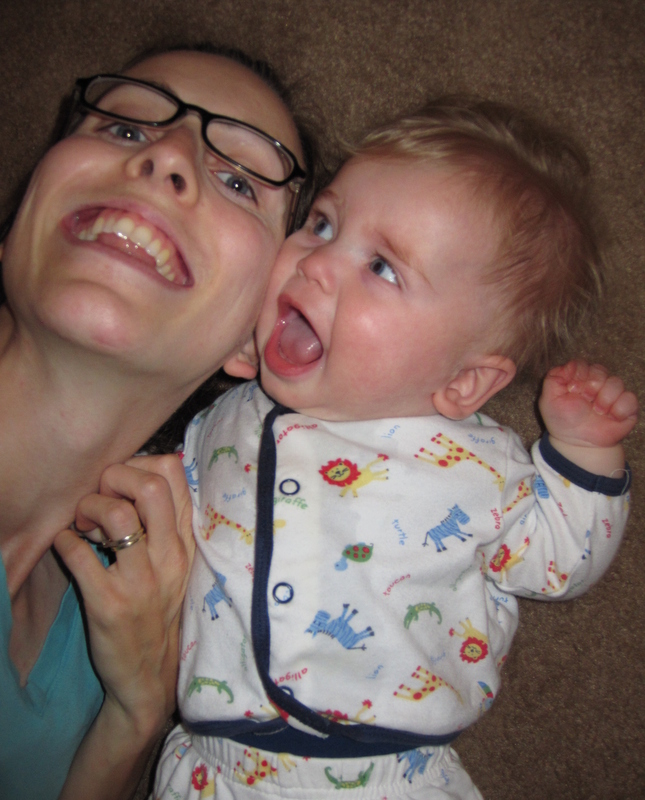 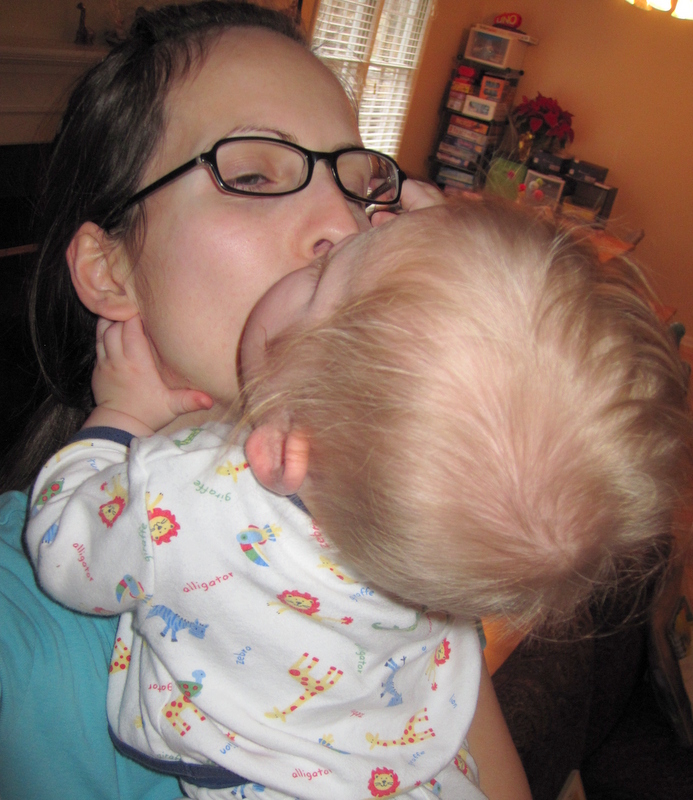 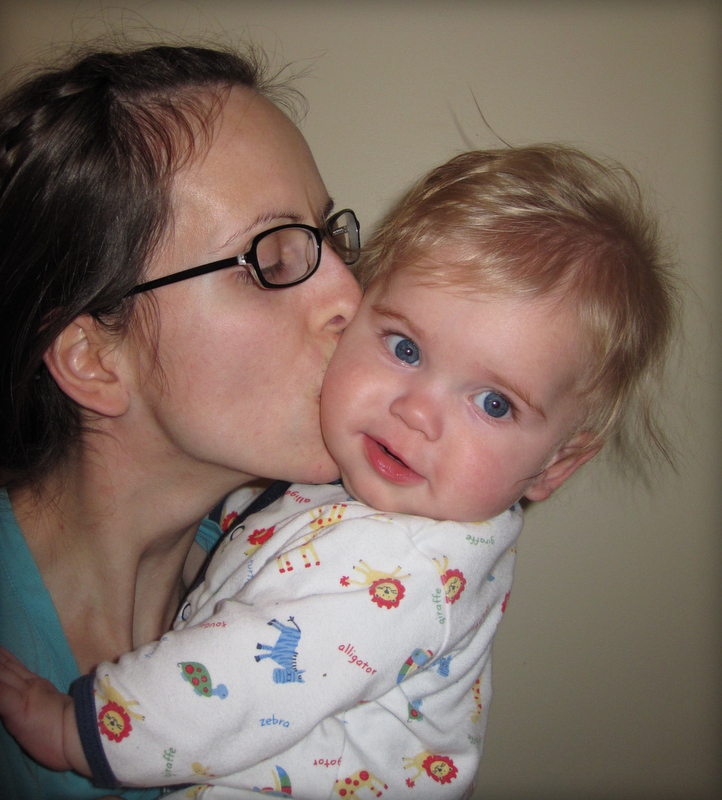 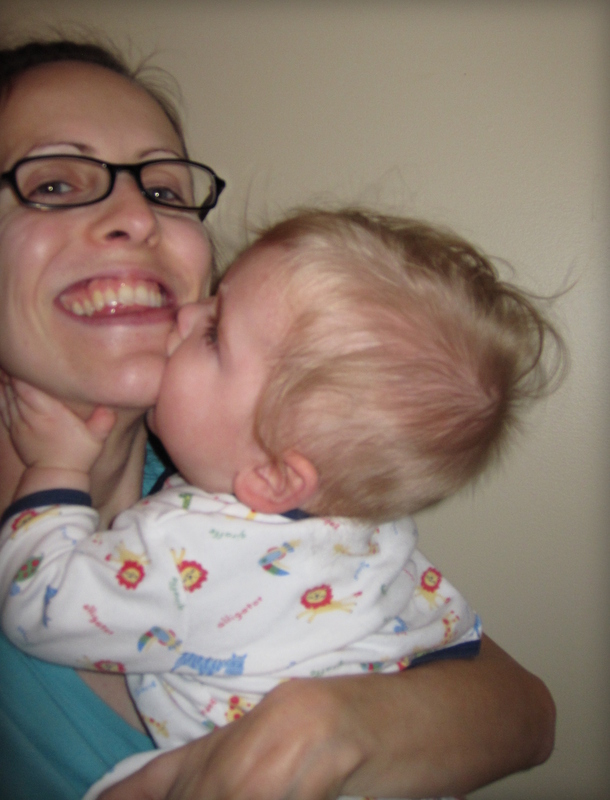