Not this past Saturday but the Saturday before, the girls had their last ballet lesson of the school year.

Everyone in the studio is constantly raving about Miriam, who apparently has beautiful feet and "lines" (which I think refers to her "poses"). She's certainly got a little ballerina in her. She lived Saturday to Saturday this last semester, always looking forward to her next ballet lesson. 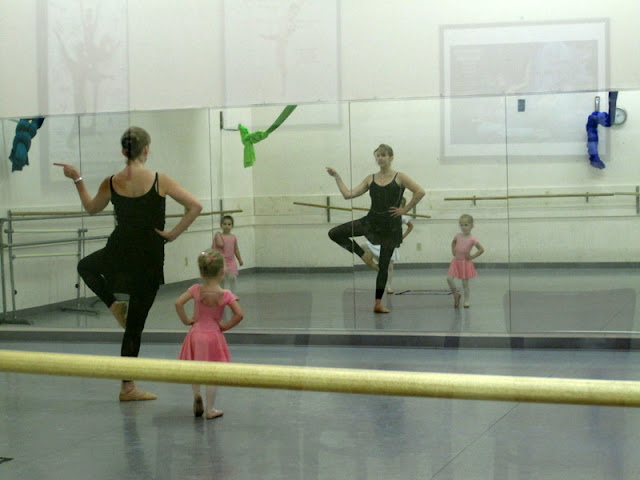 Rachel was excited about it in the beginning but then decided she was only taking ballet so that Miriam could and that her true passion lies in gymnastics. Since this is her first time taking ballet and since she's never taken gymnastics, I'm not sure how much to believe her and while I don't want to feel like I'm forcing her into taking dance classes, it is simply easier to have her and Miriam doing the same activity. 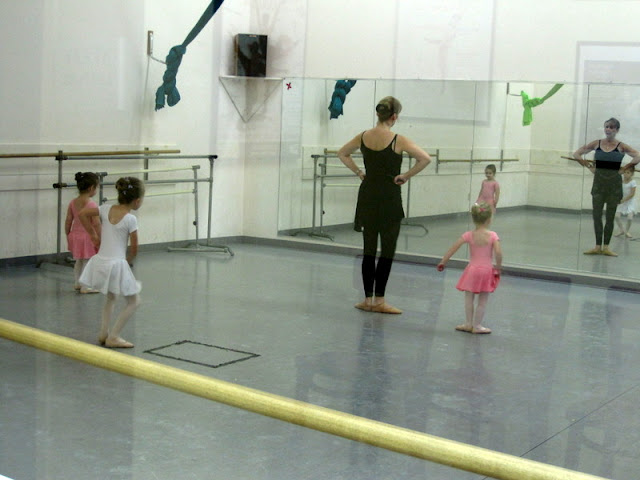 Rachel's not untalented when it comes to ballet but I think she feels that way sometimes because Miriam is so obviously "the" ballerina in the family—whatever that means when you're only three years old. Rachel enjoys dancing and is feeling more comfortable in her own skin, which I think is a good thing. We've been talking about how you learn a lot of similar things in ballet and gymnastics (I know because I took gymnastics, though I never took ballet) so even if she continues in ballet for a while longer it will help her when/if she switches to gymnastics. 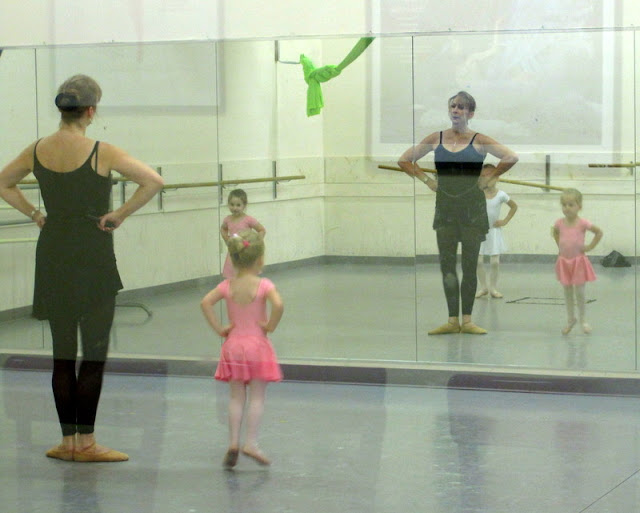 Rachel's also interested in learning aerial dancing—which is like gymnastics and dancing all at once. It's tougher and she's looking for something tougher to do, but she's too young for aerial lessons yet so she'll have to keep taking regular dance classes until she is. She talked about it with Ms. Reeves and decided that might be what she wants to do (because she'd really like to continue seeing Ms. Reeves every week). 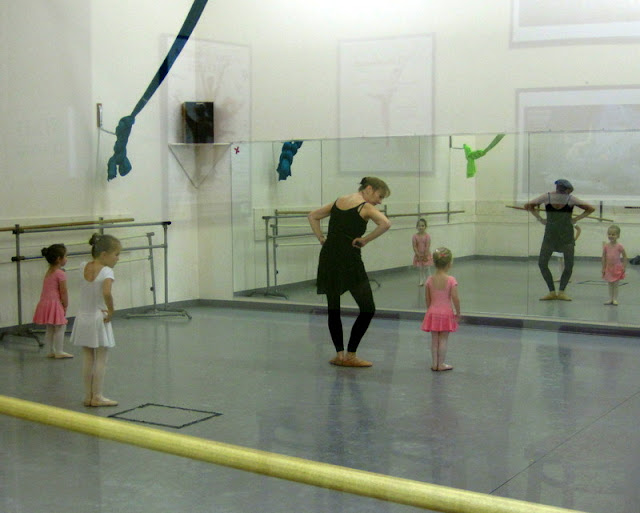 Part of me wonders if we can't sign her up for a short session of gymnastics to see if she really likes it as much as she thinks she will. She starts school in less than a month but ballet doesn't start up again until the end of August so there's probably time to do a gymnastics class. The question is one of money. 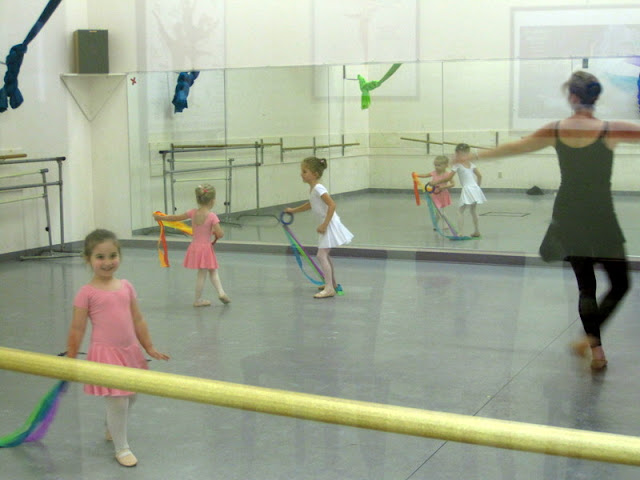 Having done most of my sporting extracurricular activities in a small town, not a lot was required, monetarily, aside from the actual cost of participating. We took gymnastics and just wore whatever we had. We were on swim team and needed a competition suit (and regular swimming paraphernalia, of course, such as goggles and practice suits). I don't know if it's the norm but at their dance studio we had to buy them special American Ballet Theater leotards (which are made in the UK, go figure) as well as real dance tights and so forth.

It would've been great if we could have picked up cheap-o stuff from Wal-Mart, but participation required authentic dance stuff. It seems that other studios/gyms around here function the same way so I'm not looking forward to having to get a gymnastics leotard when we already bought all the ballet hud. I'll have to ask around and see how things are.

Or I can just teach Rachel how to do a cartwheel myself. I think that's what she mainly wants to learn.


She really is a graceful dancer. She just has to work a little harder at it than Miriam because it doesn't come quite as naturally. That said, she's also a few years older than Miriam and has a better sense of rhythm and can do trickier footwork and so forth. She can jump and leap. Miriam still struggles with both. 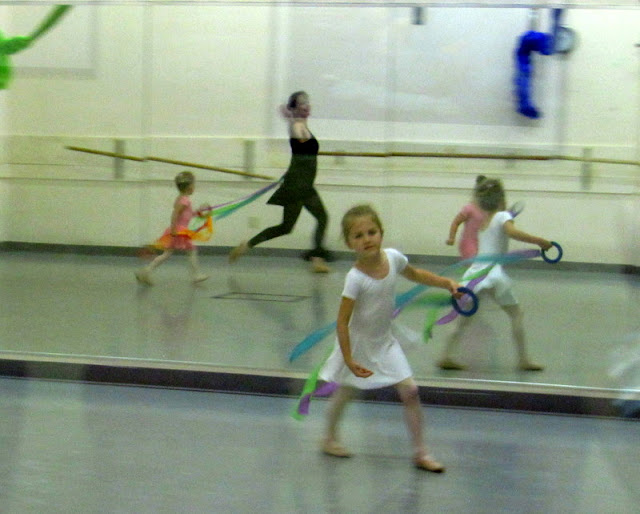 Rachel's a beautiful dancer, too. Miriam just loves dancing more and it shows. 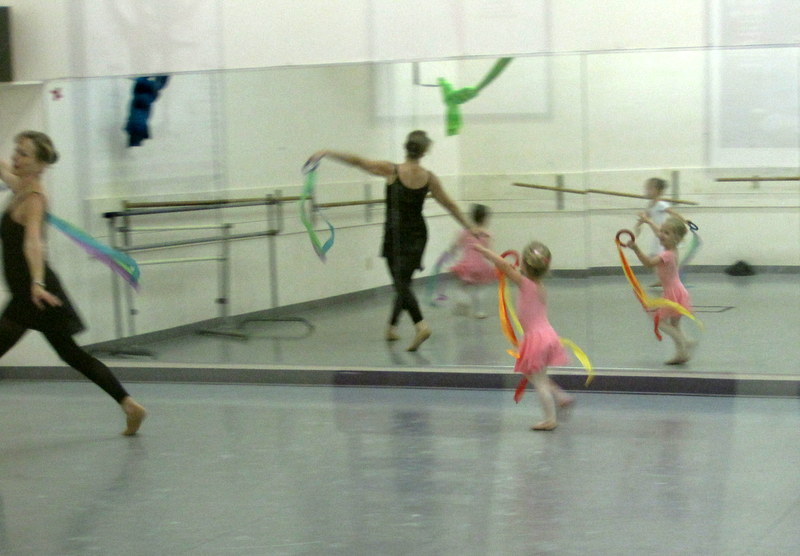 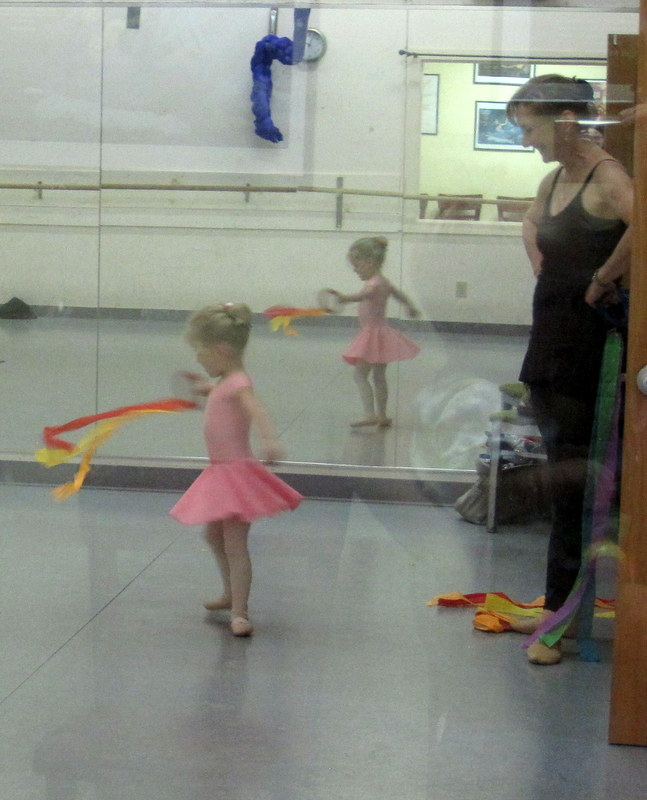 Except when it comes to tap. Miriam hates tap. The minute she puts on her "tap" shoes (which we, uh, didn't ever buy so the girls just wore their church/street shoes) she checks out. 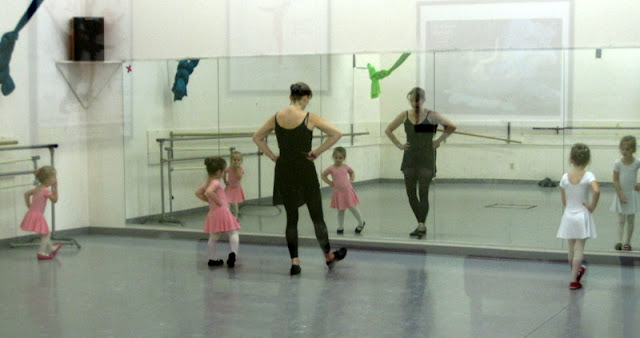 She stands over by the barre and will rest on it and not follow along with the lesson. Rachel's pretty good at tap. Maybe she'd enjoy it more if she was wearing actual tap shoes...but I don't want to buy yet another piece of dance equipment while Rachel's thinking she doesn't want to continue...ya know? 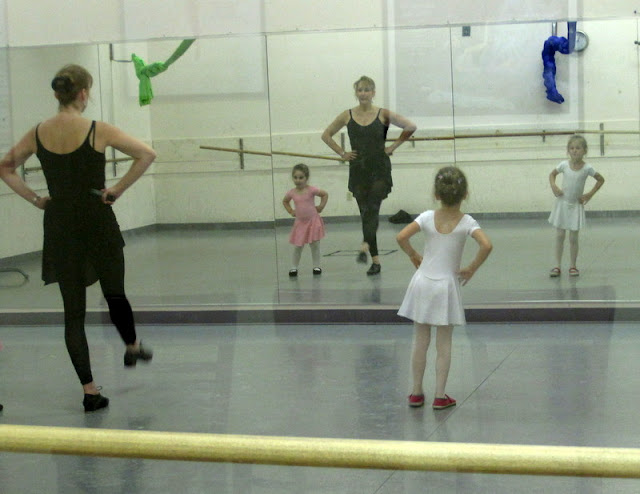 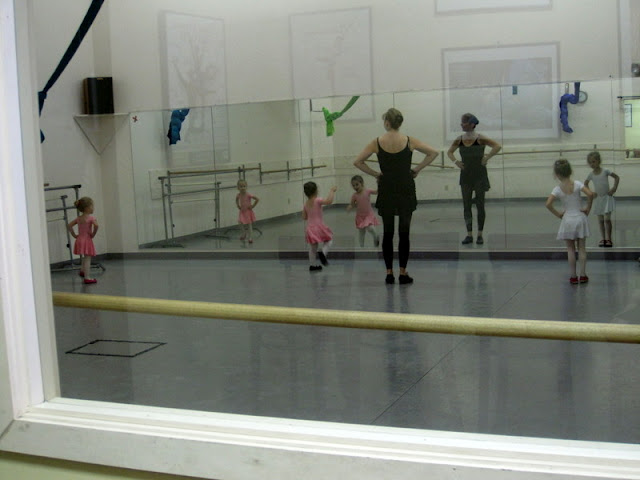 I think they had a wonderful semester with Ms. Reeves. We certainly were lucky to have her fall into our lap. Rachel's school isn't the best school in Durham and we're ecstatic that she was accepted into a better one but I think it's a good thing she went to the school she did so that she got the teacher she did because otherwise our paths might not have crossed! We couldn't have asked for a kinder person to teach our girl(s)! 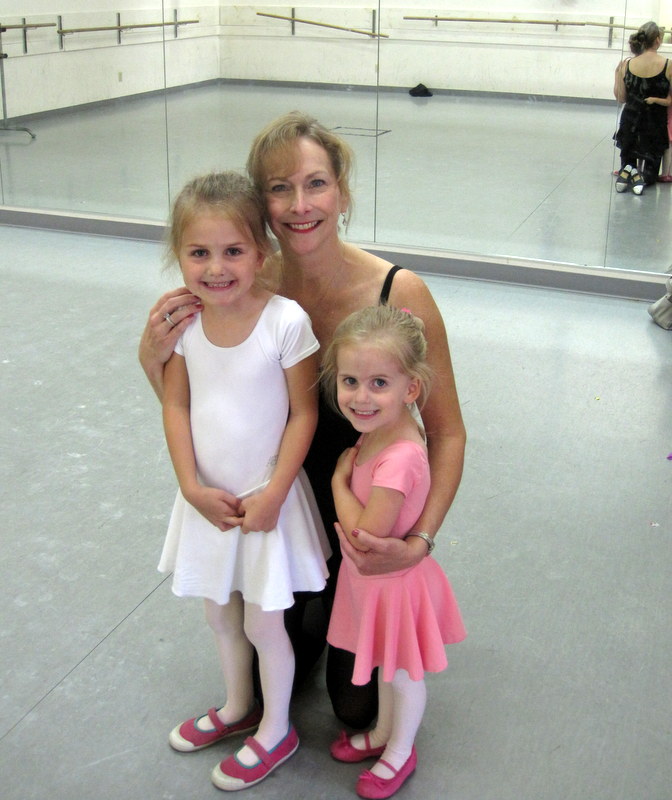